When Serena Williams hit centre court in a black Lycra catsuit during the 2018 French Open, it caused shockwaves and was promptly banned. But let's get it in perspective: the tennis court has long been a proving ground for changing standards in women's fashion.
As women have fought to be taken seriously in sport, so their gear has evolved to better serve the requirements of a moving, sweating human body - rather than something to be manically covered up so as to avoid offence (or worse, titillation).
One thing that hasn't changed is the scrutiny and controversy that greets women's on-the-court/field/pitch fashion choices. Let's review some highlights (and lowlights) of sporting fashion through the ages. 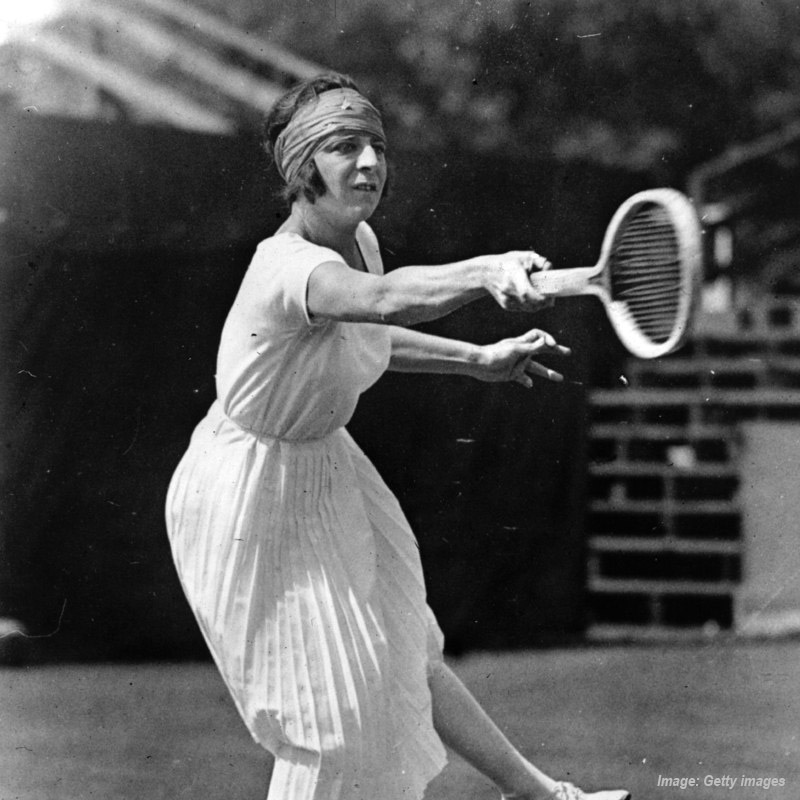 The Serena of her time, 1920s French star Suzanne Lenglen created a sensation with her bare arms, knee-length skirt and flapper-style headband. The tennis fashion wars had started. 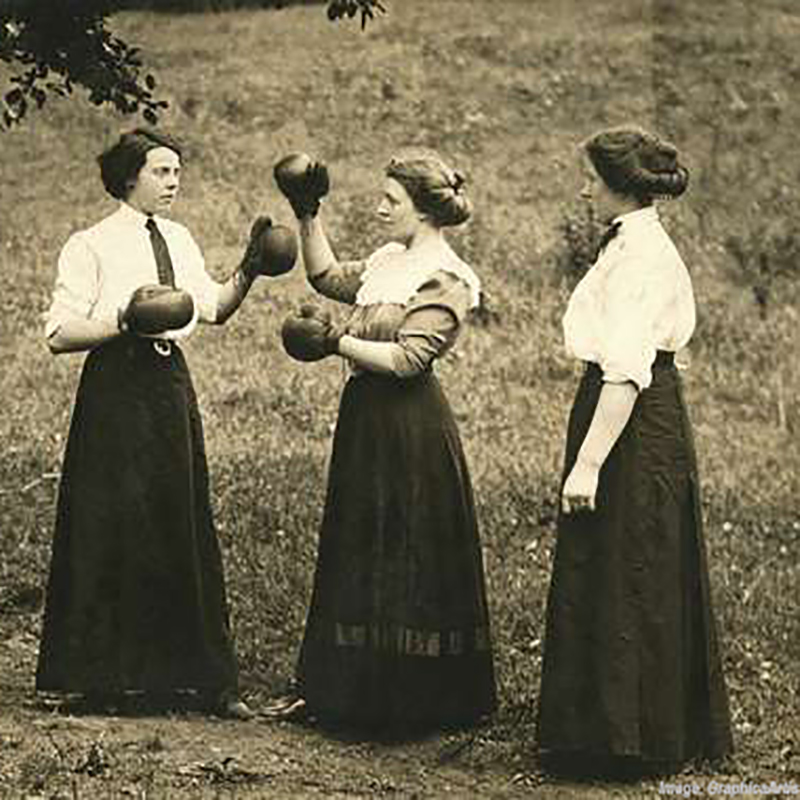 To be fair, something had to give. These women boxers from 1915 were going to be hard-pressed to do much ducking, weaving or anything else in those long skirts and high collars. And, WTF, neckties. 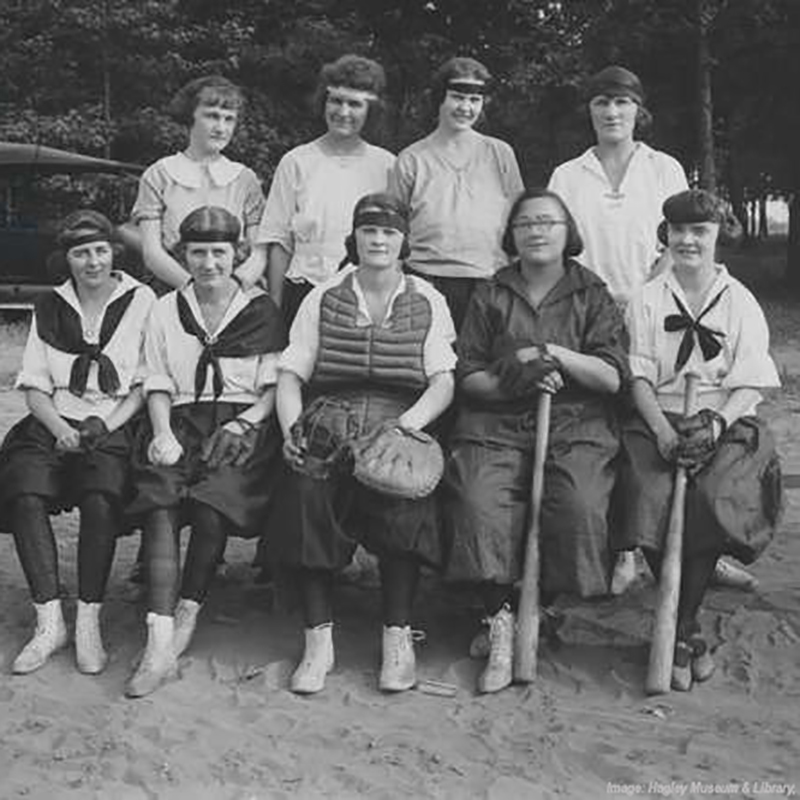 The motto of oldtimey women's sporting fashion seems to have been: the bigger and baggier the better. This baseball team from 1921 are covered almost burka-style, to the extent of the stockings under their voluminous bloomers. 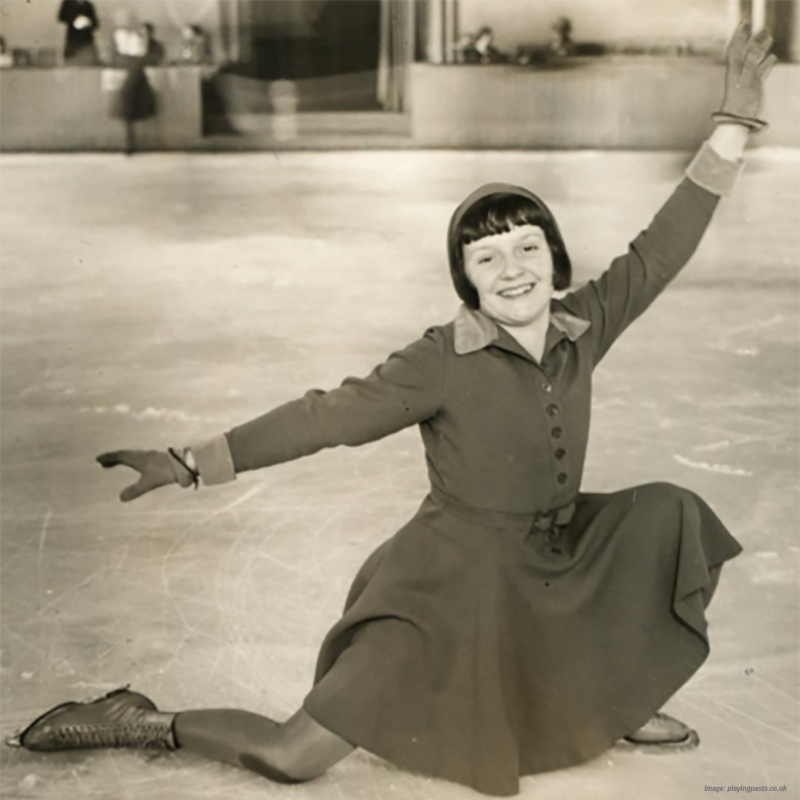 Even for sports like figure skating, where freedom of movement is paramount, costumes were bulky full-coverage affairs, reminiscent of the uniform of a strict convent school. Modelled here by Megan Taylor of the 1932 British Winter Olympic team. 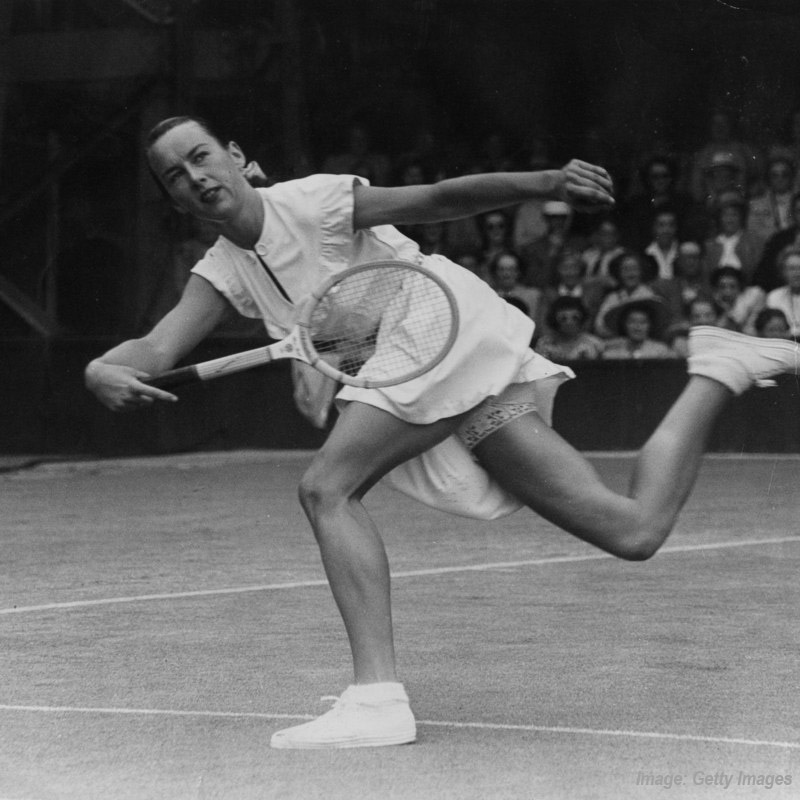 American player Gertrude Moran perhaps hoped that the addition of a bit of feminine lace and frill would help soften the shock of all that exposed arm and leg. But no: Wimbledon officials accused her of bringing 'vulgarity and sin into tennis'.

Satin skirts and waist-cinching belts were à la mode for the All-American Girls Professional Baseball League, created in 1943. The players also had to attend 'charm school' and comply with a code of moral standards. 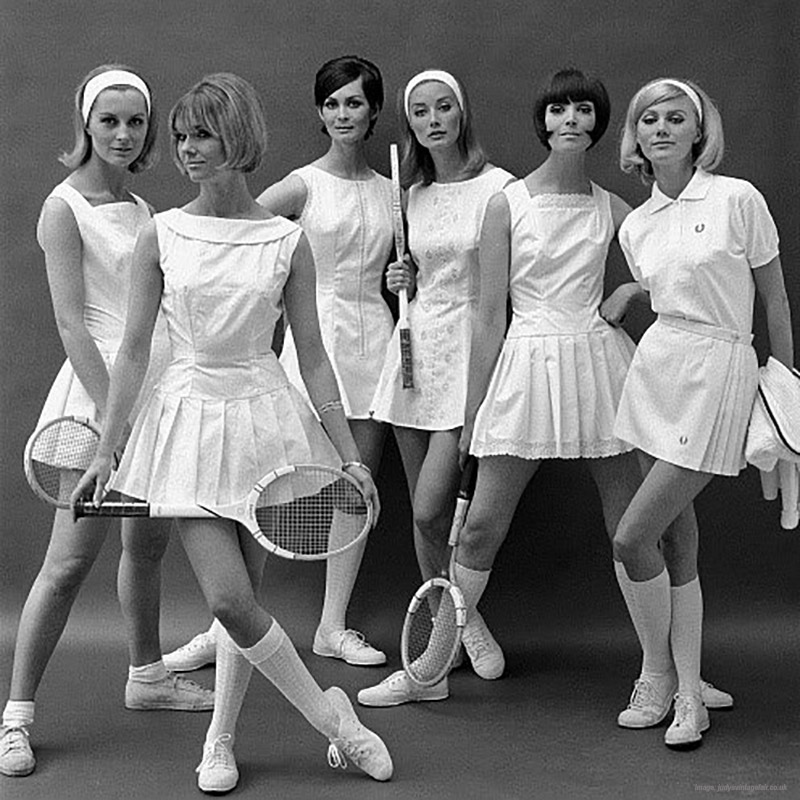 Finally the 1960s arrived and things got a lot more sensible, a load more stylish, and sporting wear started crossing over into the mainstream. Some say that's down to one man, Fred Perry - a tennis great in his own right - who designed the classic tennis shirt that was adopted by Mods, James Bond, then everyone. And these rather nifty tennis frocks. 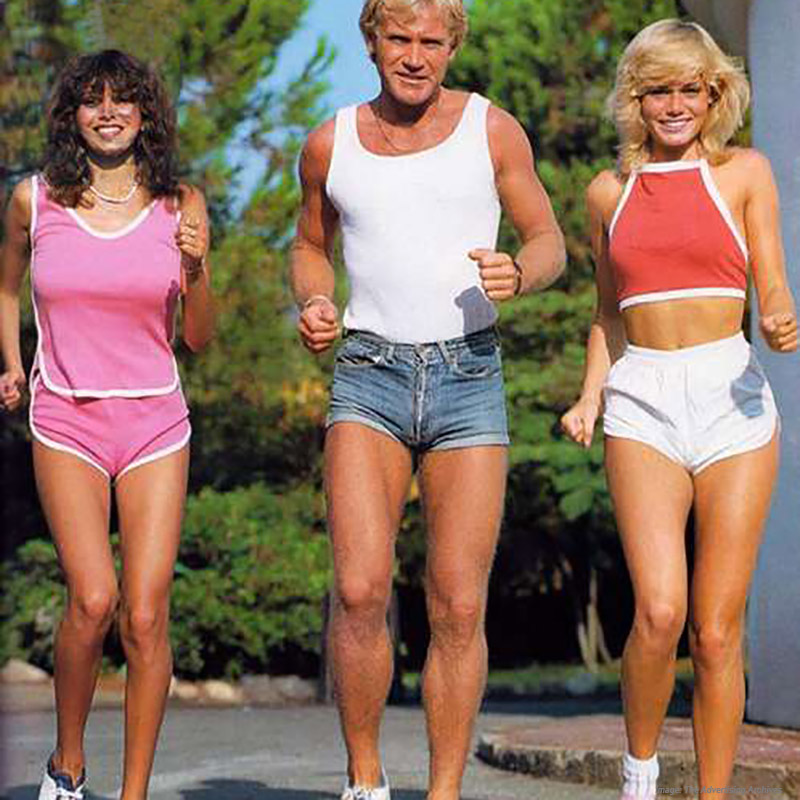 Thank you Fred! Without Mr Perry, we would not have inherited today's leisurewear craze where yoga pants are going-out gear and high-end trainers cost as much as Christian Louboutins. But first we had to get through the 1970s, when everyday sporting gear looked like this. 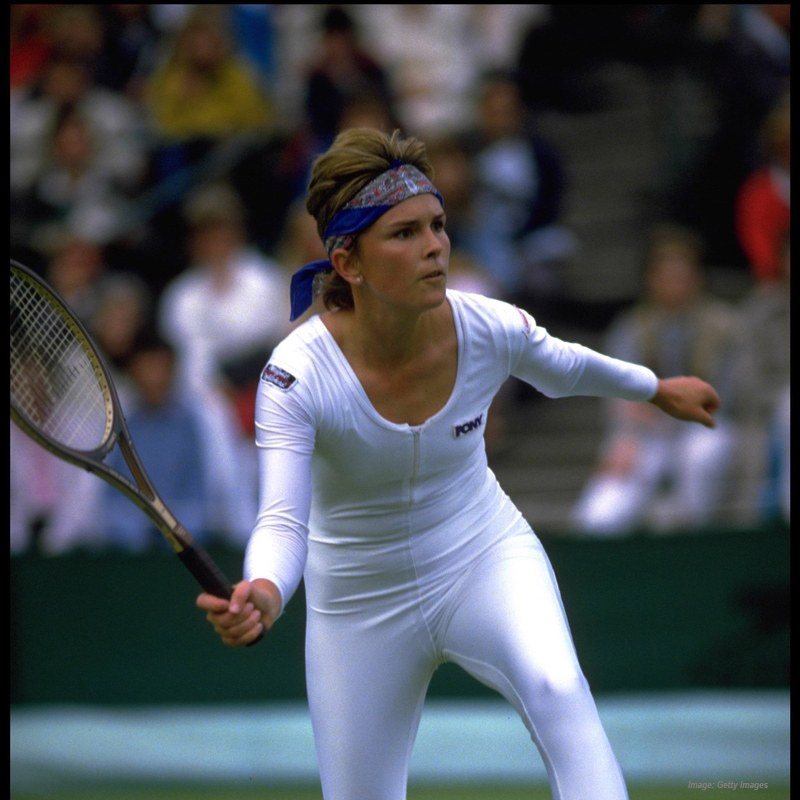 There is nothing new under the sun, not even Serena's catsuit. Anne White wore one to Wimbledon in 1985 (in the parlance of the day, a 'unitard'). She, too, was politely advised to wear something different the next day. (Not shown: her legwarmers. This was the 80s!). 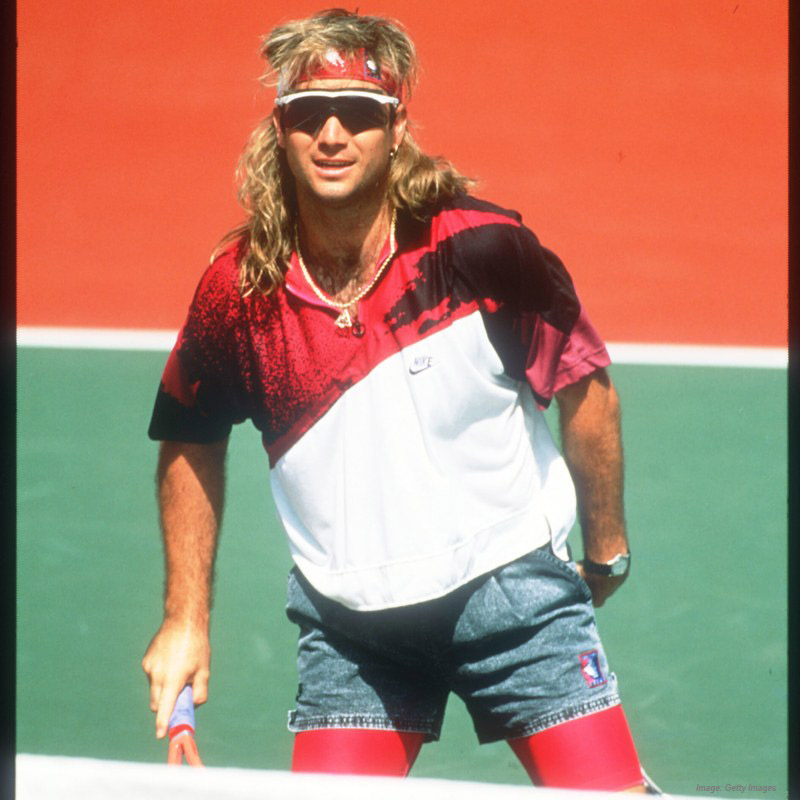 This article is about women's sporting fashion. But it's worth pointing out, for the sake of comparison, that while the controversies about appropriate tennis attire were raging, Andre Agassi was getting around in this little ensemble.

If you're feeling a little exhausted after all that change, here's some relief. There's one sport where the uniforms have changed barely at all, from the 1930s until today. Ninety years of sensible costumes well adapted to the effort and speed of play, and nobody making a fuss. Ladies lawn bowls - the perfect antidote to an ever-changing and often badly dressed world. 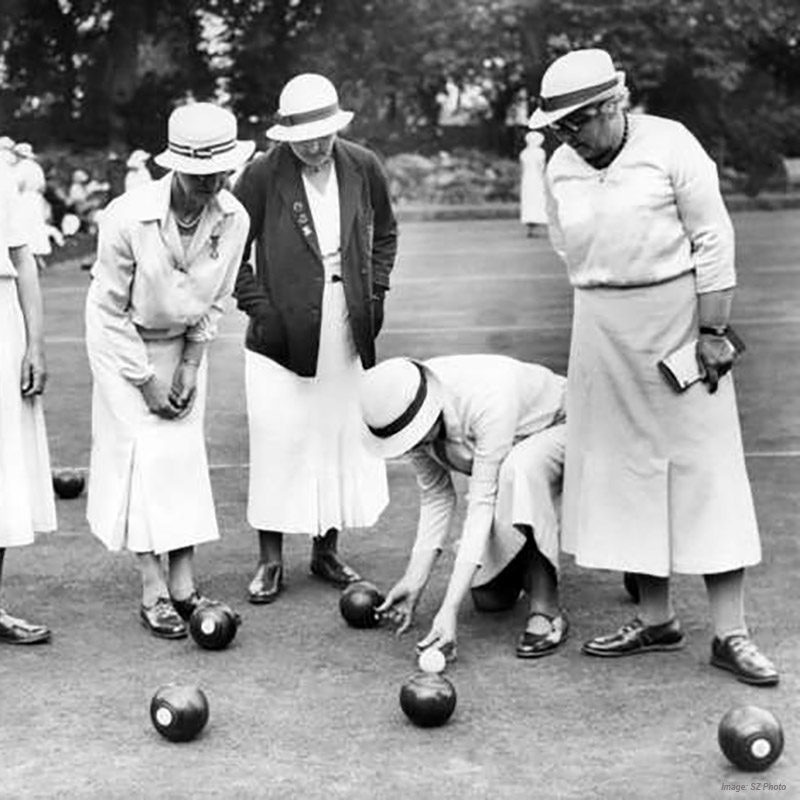 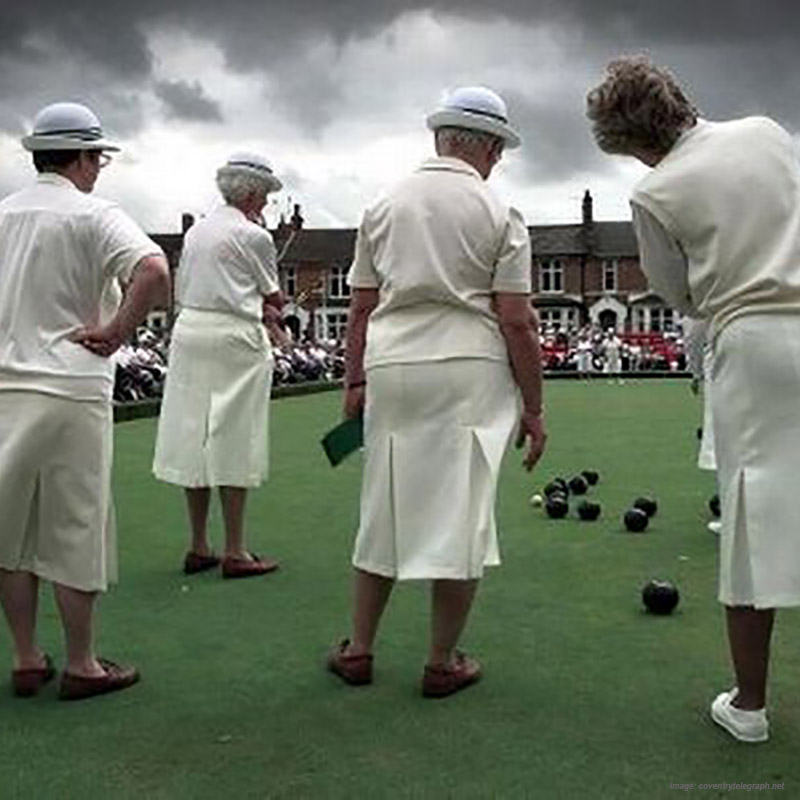