We’ve all said it (or sung it!) at one time or another: some guys have all the luck. But is it fate or coincidence when life deals a royal flush to some and a low hand to others? And is it luck when someone beats the odds, coming from behind to become leader of the pack?

Check out these ‘losers’!

From the gutter to the stars

Mega-everything Oprah Winfrey was born into extreme poverty but she broke free, pursued a career in media, and, well, you know the rest – but even Oprah was fired from her first TV gig as a newsreader.

Billionaire author JK Rowling was a single mother living on the dole when she wrote Harry Potter and the Philosopher’s Stone, which was rejected by a dozen publishing houses before being picked up by Bloomsbury. And her post–Harry Potter crime novel, The Cuckoo’s Calling, was rejected by publishers who were unaware she was writing under a pseudonym, Robert Galbraith.

Comedian Jerry Seinfeld totally blew his first stand-up gig, and when he finally got a spot in a sitcom, Benson, he was fired after four episodes. After just one performance on the Tonight Show, though, he went from gags to riches. Boom-boom! 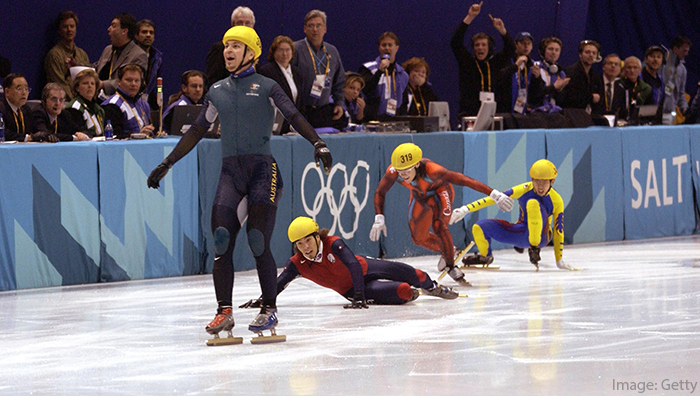 Ice skater Steven Bradbury’s transition from loser to winner was so unexpected, his name has become a catchword:

to do a Bradbury

At the 2002 Winter Olympics in Salt Lake City, Bradbury advanced to the semis of the men’s short track 1000 metres skating event after the defending world champ was disqualified. ‘The oldest bloke in the field’, with no real hope of winning, his strategy was to stay at the back of the pack, in the hope that those at the front might tumble.

Bradbury’s plan worked in the semi-final and, stunningly, in the final race, when his four competitors collided at the last hurdle, a full 15 metres ahead of him, leaving him plenty of room to skirt the pile-up and win the gold.

Sport’s ultimate underdogs were Jamaica’s Olympic bobsledding team, who debuted at the 1988 Winter Olympics in Calgary, Alberta. That the unlikely sand and snow pairing of West Indian sportsmen and ice-tobogganing even qualified was an amazing feat, but when the inexperienced crew lost control and crashed out, walking to the finish line, they earned a losing place in history and joyous approval from the crowd. The team’s plucky persistence inspired the 1993 Disney movie, Cool Runnings. 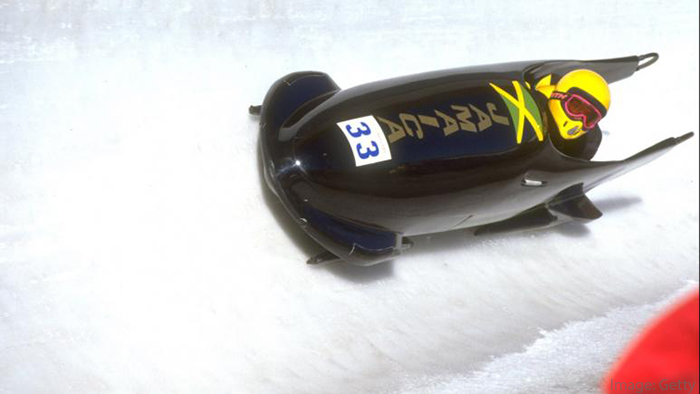 Cool Runnings wasn’t the only movie to be based on events at the 1988 Winter Games. Spectacled nerdy plasterer Michael Edwards was the first ski jumper to represent Britain at the Olympics – to qualify, he simply switched sports, from average downhill skier to the UK’s sole ski jumper. The result: he finished last in the 70- and 90-metre events. The 2016 movie Eddie the Eagle celebrates the eccentric skiers’ steely determination in the face of failure, along with the media’s focus on Edwards’ fear of heights and Coke-bottle-thick spectacles that tended to fog up on the slope.

Apparently, you’ve got one in 12,000 chances of being struck by lightning, but some people just seem to attract Thor’s attention. The record goes to US park ranger Roy Sullivan (1912–83), who was struck seven times during his 35-year parks career. It got so bad, people tended to avoid his company when the air turned sultry. After the fourth or fifth strike, Sullivan himself began to believe he had a hoodoo, and carried a tin of water with him at all times. 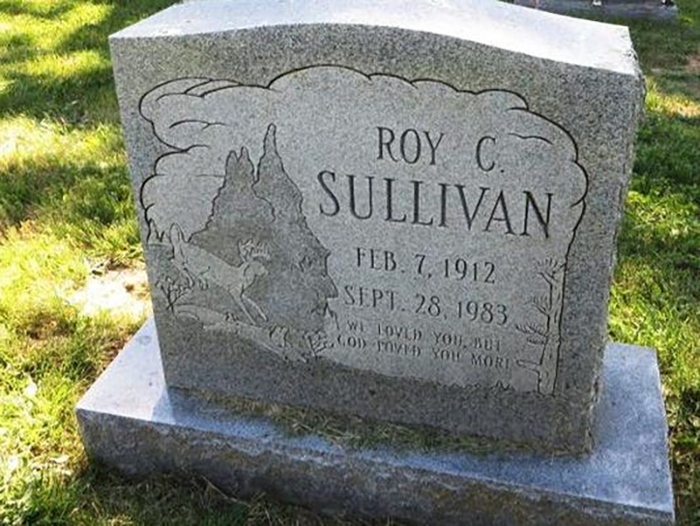 It’s official. The world’s luckiest person is Croatian man Frane Selak (1929–), who has cheated the grim reaper seven times in the past forty years:

1962: Selak is pulled to safety from a train that derails and flips into a river. He suffers a broken arm and a case of hypothermia while 17 of his fellow passengers are killed.

1963: During his first (and only) aeroplane flight, Frane is sucked out of the aircraft’s door in mid-air, only to land in a haystack (postscript: the plane crashes, killing 19 passengers).

1966: Frane takes a ride in a bus, which skids off the road and into a river. He swims to shore relatively unscathed, while four passengers drown.

1970: The car Frane is driving catches fire and explodes moments after he manages to escape.

1973: Another car, another incident: a dodgy fuel pump causes flames to flare through the vehicle’s air vents. This time Frane receives a No 1 singe haircut but is otherwise unscathed.

1995: Frane is hit by a bus in Zagreb; no surprise, his injuries are minor.

1996: The last one’s a doozy. To dodge a truck while driving on a winding mountain road, Frane’s car swerves and plunges through a guardrail. Frane is sucked free through the car door (not wearing a seatbelt seems to work in his favour), grabs hold of a tree, and watches as his car free-falls 90 metres and crashes into a gorge.

Frane’s luck doesn’t stop there though. In 2003, while onto his fifth marriage, he hits the jackpot in a lottery, winning around $1.5 million. We should be so lucky!