With the first printed mention of the word ‘cocktail’ as early as 1798, the irresistible allure of a delicious-tasting drink that also gets you drunk has been with us for long time. In today’s world of craft spirits, artisanal bitters and obscure herbal tinctures it’s worth remembering that the cocktail probably originated as an ingenious way to make cheap and nasty booze taste less horrible.

Many drinks that still head up bar menus today – the martini, the daiquiri, the Manhattan ­– are old-timers, emerging in the “Golden Age of Cocktails” (yes that’s a thing) between the 1860s and the start of Prohibition in the USA in 1920. But since, there have been many contenders for classic status – even if they may not be as trendy as they once were.

Just try to read this list without developing a raging thirst for at least one of these babies. (And if you do, the recipes are right here too.) 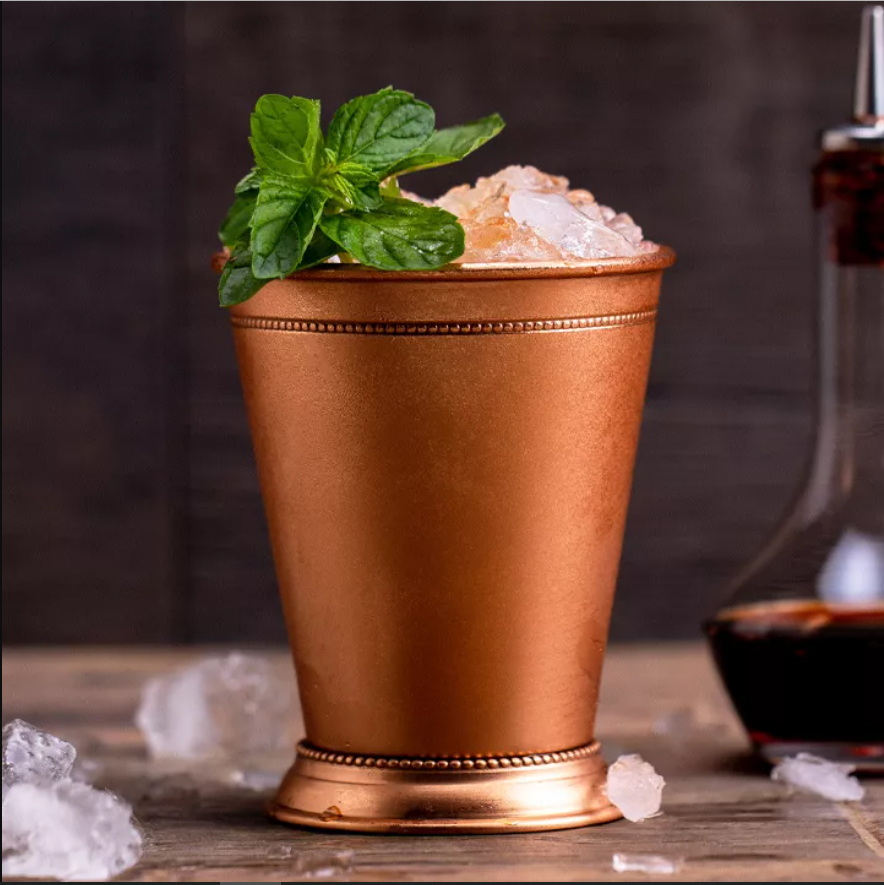 The Mint Julep gets an honourable mention as the first cocktail to appear in print, around 1784. Inextricably linked with the American South (wasn’t Scarlett O’Hara constantly asking for one in Gone With the Wind?), the refreshing mix of bourbon, fresh mint, sugar and water is thought to have originated as a cure for stomach pain, taken by the good people of Virginia first thing in the morning. Who needs coffee? These days, it’s the official drink of the Kentucky Derby – over 120,000 are consumed over the two-day horserace. Giddyup! 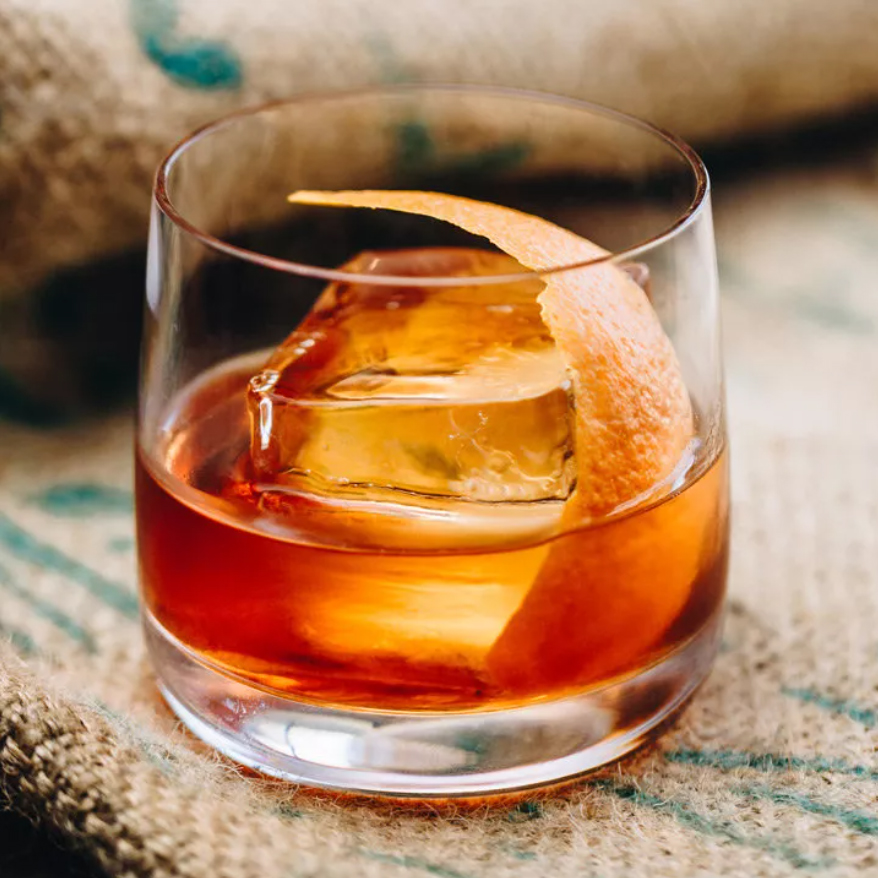 If we were looking for the proto-cocktail, the first mixed drink to crawl out of the primordial alcoholic soup, the Old Fashioned would be it. Made up of the basic elements of spirit, sugar and bitters, it was once just how you made a cocktail. They finally named it around the 1880s when nostalgic drinkers, tired of bartenders’ wild experimentation, started ordering cocktails made in the “old fashioned” way. It lived on through Prohibition and created a vintage-modern zeitgeist moment by being Don Draper from TV hit Mad Men’s tipple of choice. 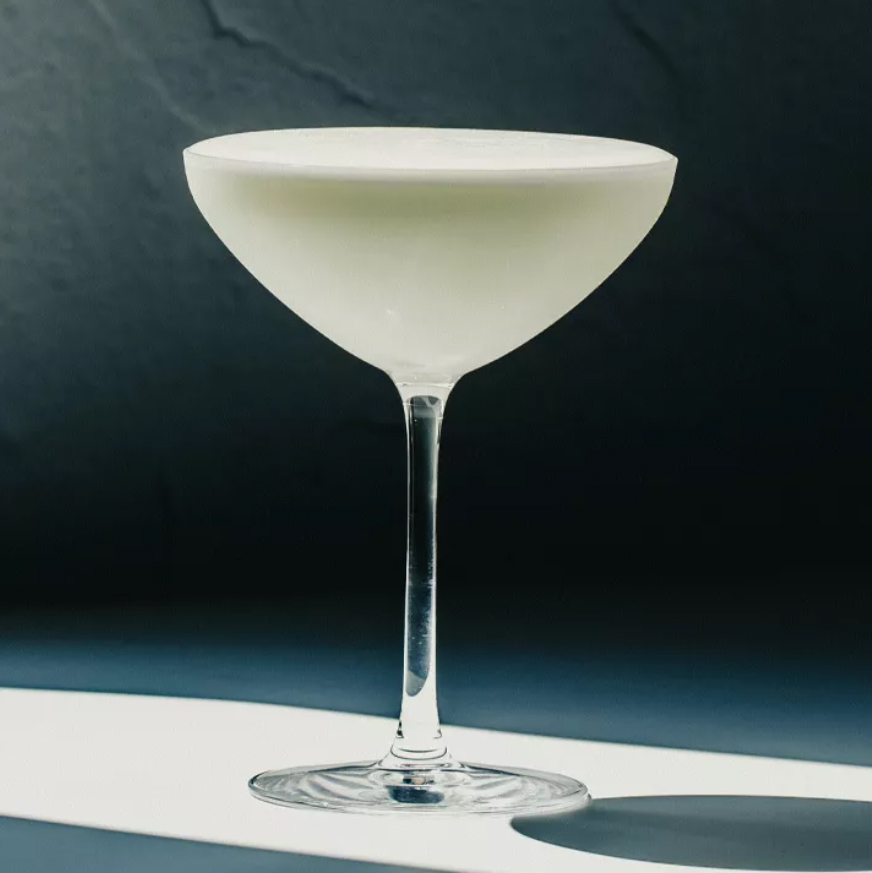 This classic appears in The Savoy Cocktail Book of 1930, one of the foundation texts of mixology. The author, UK-born and US-trained Harry Craddock, one of the patron saints of the cocktail, invented it during his tenure at the American Bar at London’s Savoy Hotel, while Prohibition was still raging across the pond. A never-gets-old mix of gin, triple sec, lemon juice and egg white, it’s said to have been one of Laurel and Hardy’s favourite drinks; after a few of these a little slapstick comedy is an inevitable outcome. 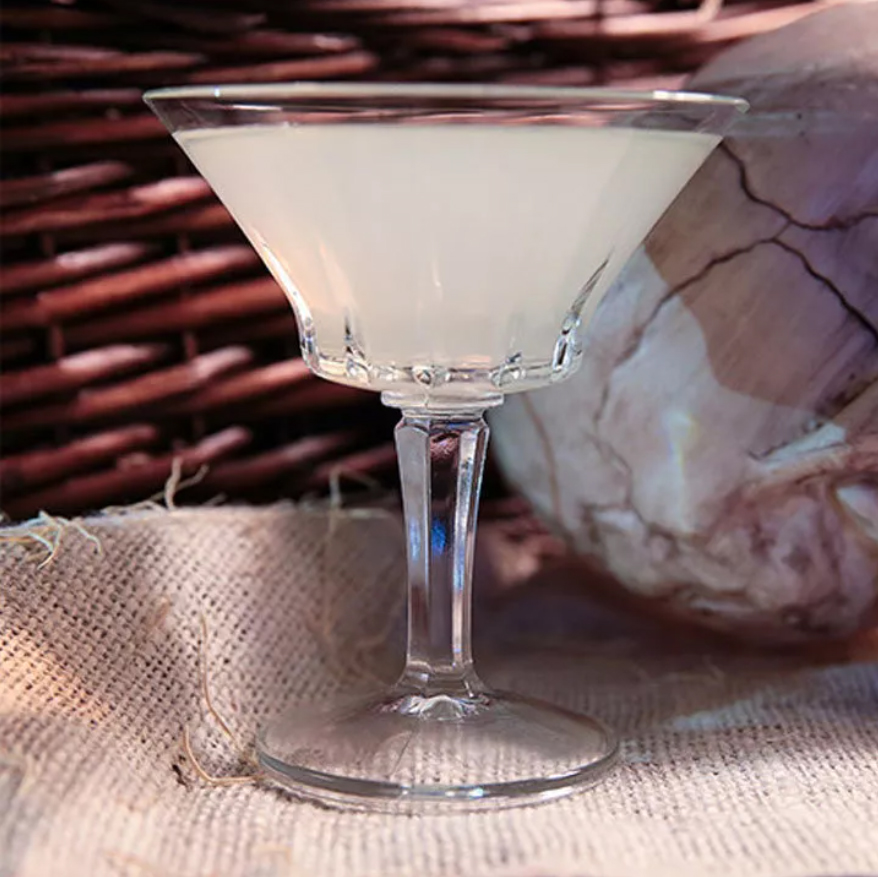 Another Craddock classic, this drink belongs to a proud tradition of morning-after drinks (aka hairs of the dog). Nothing as vulgar as tomato juice or (retch) raw egg yolks – this little pick-me-up is an elegant concoction of gin, lemon juice, triple sec, Lillet (vermouth), and the kicker – a glass rinsed with absinthe. That this was invented for drinking in the morning says much about the constitution of Jazz Era drinkers compared to our own feeble efforts. As Craddock warns: “Four of these taken in swift succession will un-revive the corpse again.” 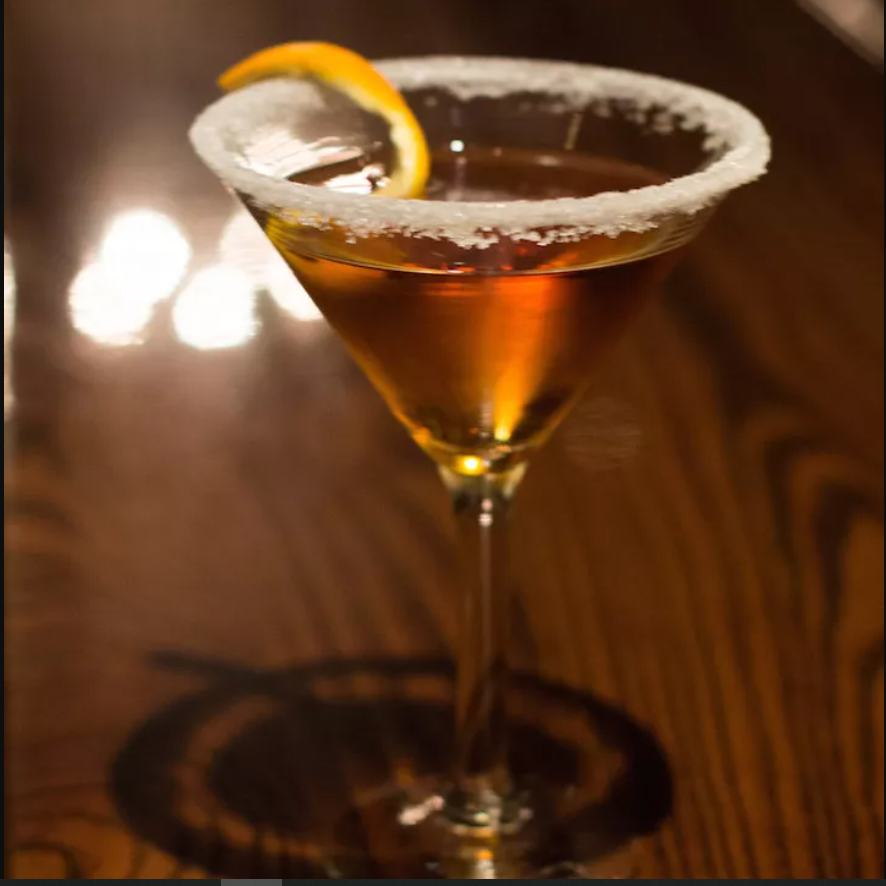 Scot barman Harry MacElhone is another cocktail godfather, most famous for his famed Hemingway hangout, Harry’s New York Bar in Paris (still going strong and making a hotly contested claim to being the birthplace of the Bloody Mary). His influential 1922 book, Harry's ABC of Mixing Cocktails, contained the first Sidecar recipe, his French home obviously inspiring the inclusion of Cognac, not a common base for cocktails of the time. A touch of Gallic insouciance that has helped it withstand the test of time. 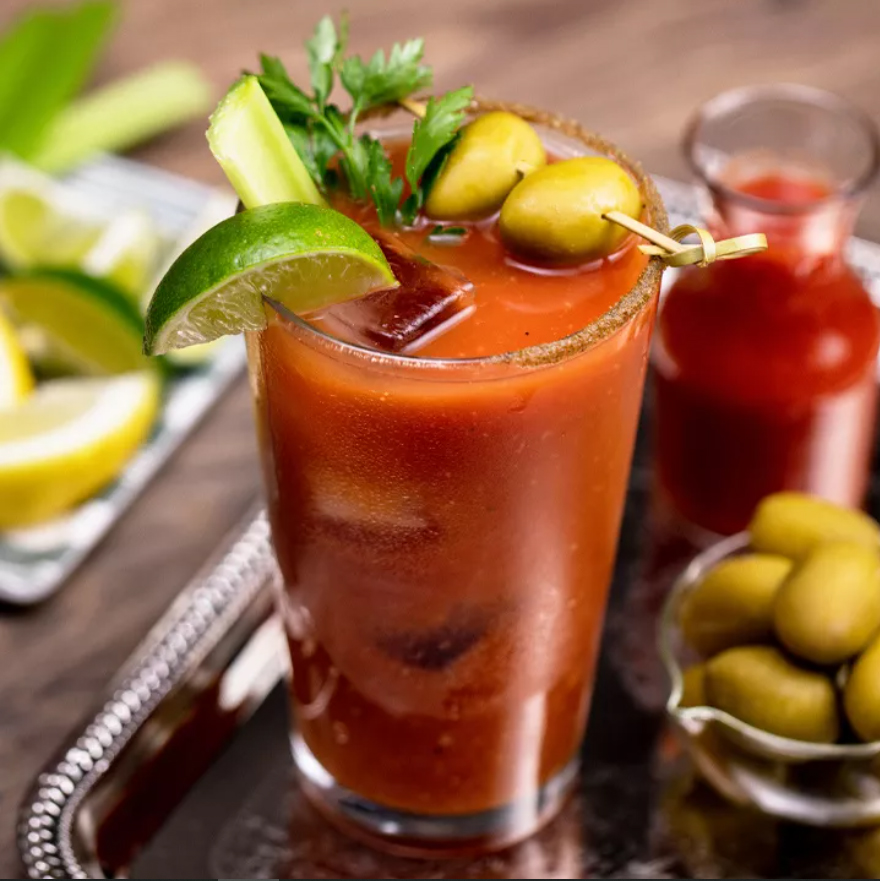 The complicated history of the Bloody Mary is the perfect illustration of the challenges of the cocktail historian – each new bartender adds a twist and asserts naming rights. (Plus, everyone is always drunk.) Claimed by both Harry’s New York Bar and the Hemingway Bar at the Ritz in Paris, the original version seems to have been called the Bucket of Blood (cool!). Then came the Red Snapper, with Bloody Mary finally catching on around the 1940s. Suffice to say, it took many skilled bartenders decades to hone the concoction we now use as an excuse for pre-midday drinking. 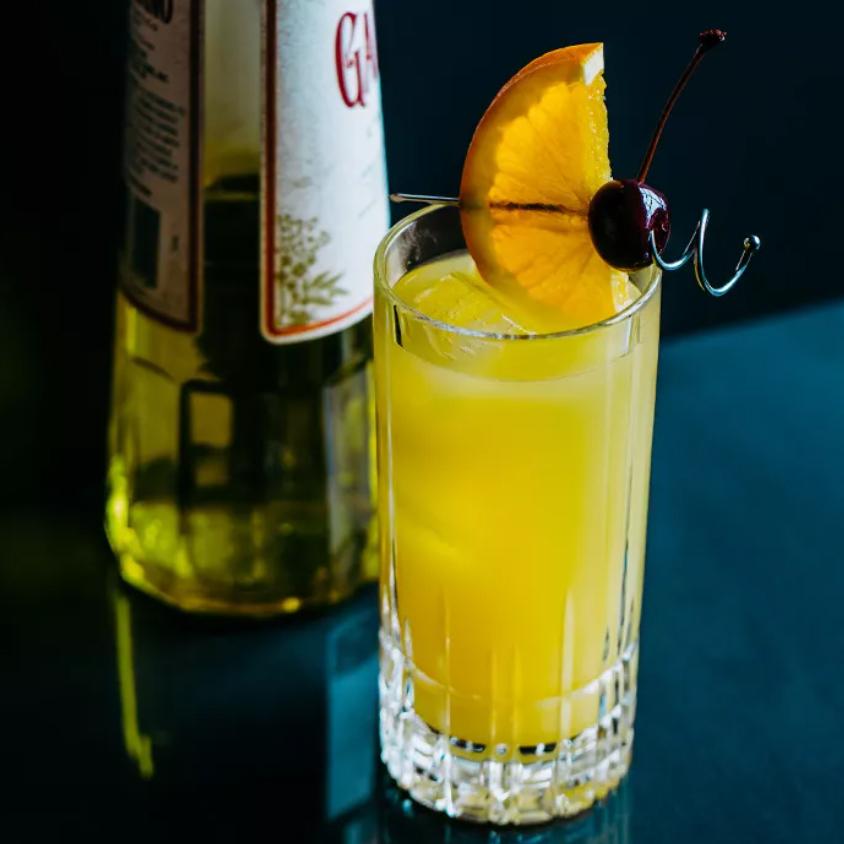 With the 1970s came a quest for ever more exotic ingredients. Enter Galliano, an Italian herbal liqueur, whose elongated bottle became a standard on the built-in bars beloved of the era’s interior design (along with shagpile carpet and faux-brick feature walls). This awesomely named cocktail was perhaps one of the first drinks concocted by savvy marketers to sell an otherwise obscure ingredient (see also: Jager bombs; Aperol spritz). 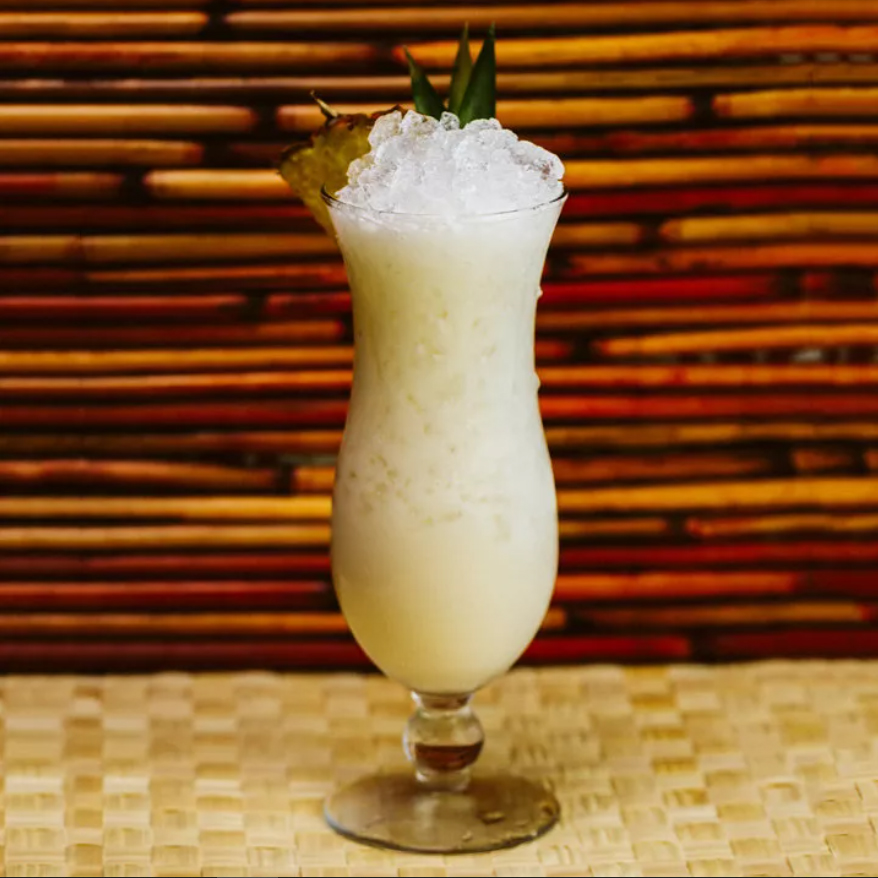 It came from Puerto Rico. Beyond that things get fuzzy – was it invented at the Caribe Hilton in 1954, or Restaurant Barrachina in 1963? Like all the best cocktails and the best cocktail-fuelled nights, no one can quite agree on what really went down. But it was definitely in 1978 that the Piña Colada was declared the national drink of Puerto Rico, and the year after that the forgettable Rupert Holmes released the unforgettable Escape (The Piña Colada Song), setting up this rum-coconut-pineapple brew for alcohol immortality. 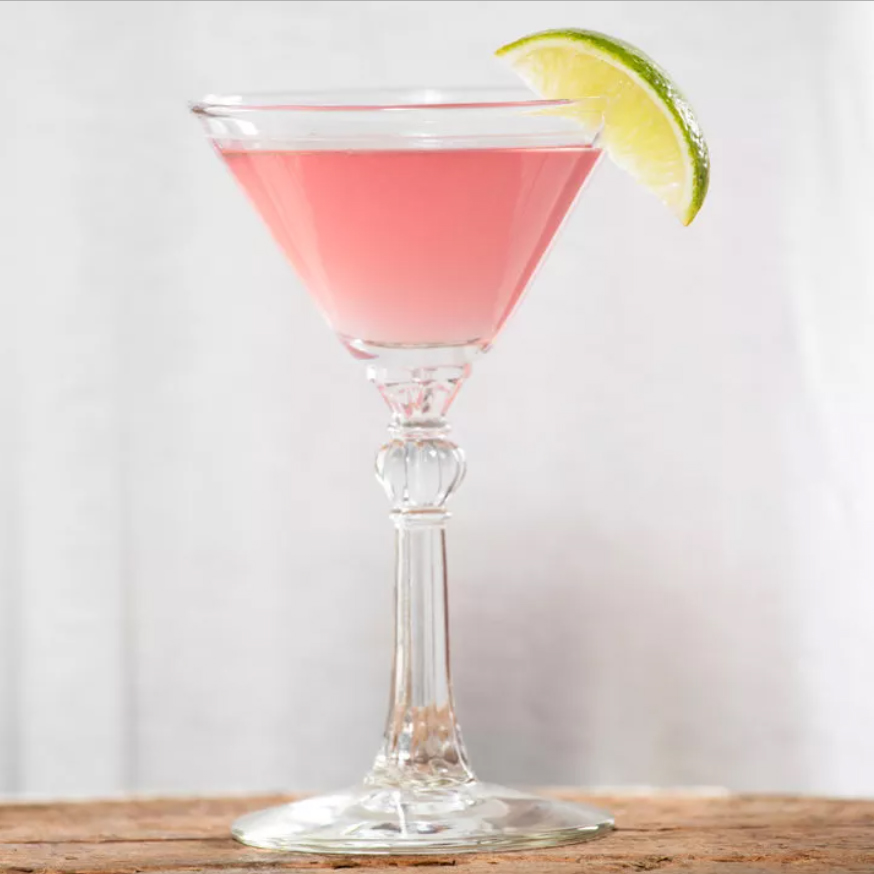 While Mad Men was responsible for the revival of a classic, there’s one cocktail that wholly owes its fame to a television show. Based on a late-19th century cocktail known as the Daisy, the Cosmo as we know and love it was probably invented in Manhattan in the late 1980s. But it was in the 1990s with TV blockbuster Sex and the City that it took over the world. The pretty-in-pink concoction of Absolut Citron, Cointreau, cranberry juice and fresh lime juice came to stand for fashion-forward feminist glamour, sexual liberty and big city good times – an irresistible recipe.