Steroids and EPOs are so last Olympics. The less-than- honest modern competitor these days will stop at nothing to find the edge over their rivals, employing increasingly technical methods on their way to so-called glory.

These days, we talk about peptides, the Essendon football club, and the bad old days of testosterone-fueled Soviet gymnastics. And while the fall of one-time heroes like Lance Armstrong, Marion Jones and almost everyone in the 1988 Olympic 100 meter sprint final is incredibly disappointing, it seems like the drive to win has always overtaken the risk of having the word ‘disgraced’ used every time your name is mentioned.

You think horse tranquilisers and blood transfusions are weird? Here’s a look through 20th century history at three of the strangest ways sports stars have tried to gain an unfair advantage over their opponents.

LSD, or acid, is that well-known trippy drug that we associate with psychadelia in the 1960s and freeing the mind ever since. It distorts reality and causes hallucinations, which is fine and dandy if you’re John Lennon or Timothy Leary. But as an aid for sporting excellence it would seem pretty unlikely.

Enter Dock Ellis, a pitcher for the Pittsburgh Pirates pro baseball team. Playing the San Diego Padres in 1970, Ellis achieved a rare and honoured feat, pitching an entire game in which no batter hit a ball. Reports from the game note that Ellis was a bit erratic, but he still managed six strike outs to lead his team to a 2–0 victory.

Amazing enough, but made even more so by the fact that he was loaded on LSD. He dosed up on the morning of the game, mistakenly believing he wasn’t playing until the next day. So drugs are bad, right? 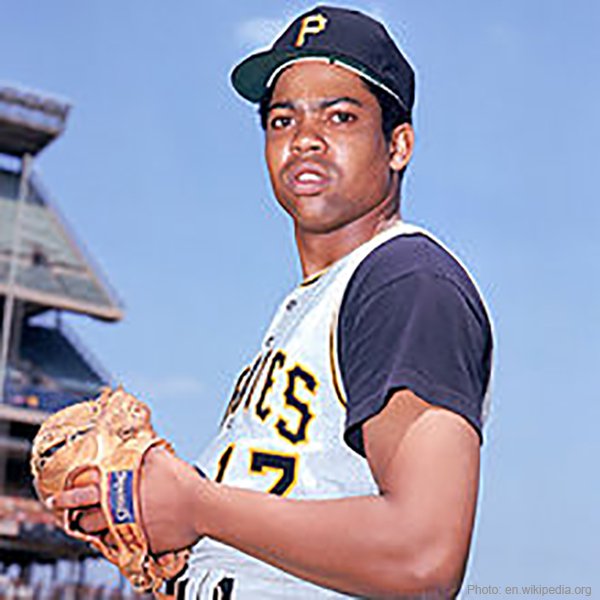 Competing at the 1968 Mexico City Olympics, Swedish pentathlete Hans-Gunner Liljenwall did very well indeed, picking up a bronze medal in the demanding team pentathlon track event. But third place is nothing compared to the global number one spot he will hold forever: the first person ever

stripped of a medal in Olympic history.

He lost his medal (and that of the entire Swedish pentathlon team), when tests revealed alcohol in his system. Alcohol? Proving that guns and booze sometimes do mix, it turns out that the elite athlete downed “a couple of beers” before the pistol shooting event in order to steady his nerves.

Many mortals will claim that they play a better game of pool or darts after a beer, and will no-doubt sympathise with the Swedish athlete. They’ll be happy to know he was back in 1972, but, sadly, stayed beer-free and failed to hit the winners’ dais. 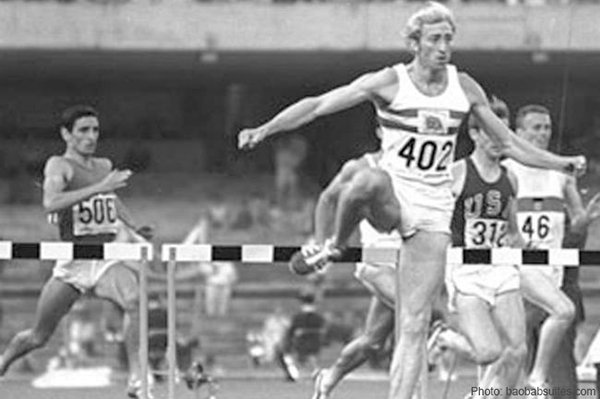 We’re still at the Olympics, but this time 64 years before drug testing. Which was great news for American runner Thomas Hicks, who was pounding the 30-degree- plus roads of St Louis, USA, in the 1904 Olympic marathon.

At around mile 19 of the just-over- 26 mile race (41 km), Hicks needed a boost. Luckily his manager was packing a dose of strychnine sulphate – still widely used as a rat poison – which the runner washed down with raw eggs and brandy.

Apparently the cocktail nearly killed him – he collapsed at the finish line – but it did ease some pain. And – poison be damned – Hicks cruised to a gold medal in three hours and 28 minutes. It might be slowest marathon in modern Olympic history, but hey, a win is a win. Hicks may have doped his way to victory, but – unlike Lance Armstrong – he was no rat! 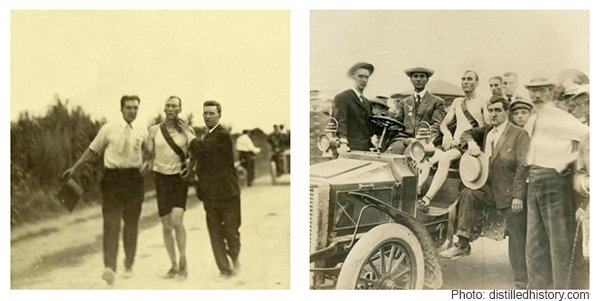