They say everything old is new again, but sometimes it’s new and completely different. Some of the biggest catwalk hits are based on historical trends far removed from their original, often entirely practical, purpose. Like overalls, first worn by railroad workers and Depression-era farmers; and saggy pants, inspired by belt-less, poorly fitting prison wear, these iconic fashions have unglamorous, even violent, pasts…

As every woman knows, when you need to dress up an outfit just throw on some heels and voilà – instant feminine glamour. But it hasn’t always been that way. It’s said that the butchers of ancient Egypt wore them to keep their feet out of the blood and guts of the slaughterhouse. Heels were also worn by Persian horsemen of the 16th century, to help keep their feet in the stirrups. Whatever their origins, high heels were originally sported by men. 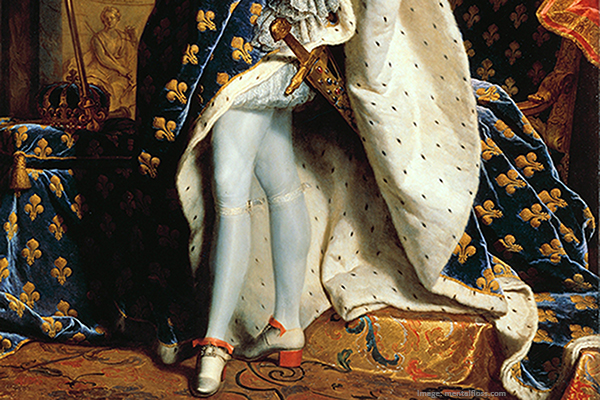 Louis XIV of France – as king, the ultimate style icon of the time – loved the added boost heels gave his 5’4” stature, and popularised them for 17 th century nobility. Women adopted the trend and heels were unisex until men started to reject them as foolish and womanly. By 1740, men had given them up altogether and, as a major fashion trend, that’s the way it’s stayed.

Want to avoid a scalping? Get a mohawk

While you may know that the mohawk hairstyle takes its name from the people of the Mohawk Nation, an indigenous North American tribe originally from upstate New York, maybe you’re not aware of the grisly reasons behind the haircut. Tribal battles often resulted in the taking of scalps as trophies, so the Mohawks (and other tribes such as the Pawnee) would pluck the hair from the sides of their heads to make it difficult for their enemies to lift the scalp once they’d slashed around the hairline. The Mohawks would leave only a single square at the top of the head which they would braid and decorate; it was actually the Pawnee who left the distinctive strip so beloved by punks, goths, skinheads and emos since the 1970s. 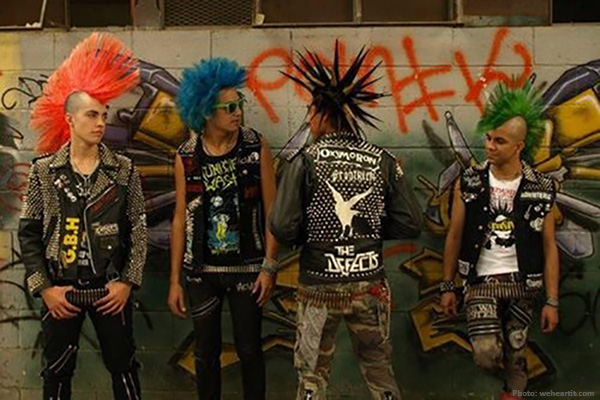 It fluffed up the glamorous silhouettes of the 1950s, and in some subcultures, it never went out of fashion. But the starched petticoat’s great-aunt, the crinoline, was perhaps fashion’s most deadly trend. A hoop underskirt made from horsehair, wood, or sometimes steel, it propped up fashionably voluminous Victorian frocks. It was terribly awkward to wear – difficult to get through narrow doors and liable to pop up unexpectedly when the wearer sat down, displaying everything underneath. 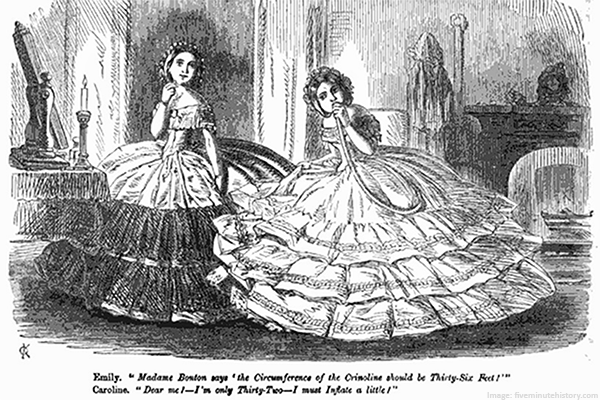 But a sudden loss of modesty was the least of a lady’s concerns. There are tales of crinoline-wearing women being caught up in gusts of wind and tossed off cliffs, and getting caught in wheel spokes and dragged along by carriages. Worse, the crinoline was highly flammable, and thought to be responsible for over 3000 deaths, including some high-profile ones: Oscar Wilde’s two half-sisters died of burns after getting too close to an open fire in their big puffy ball gowns. Now that’s paying the ultimate price for fashion.

From the poop deck to the catwalk

History’s first record of the flared pant goes back to sailors during the 1812 Anglo- American War. The wide bottoms were purely practical, allowing the sailor to roll up his trousers in the presence of high water, and to jettison his heavy woolen trousers without needing to remove his shoes if he found himself overboard. 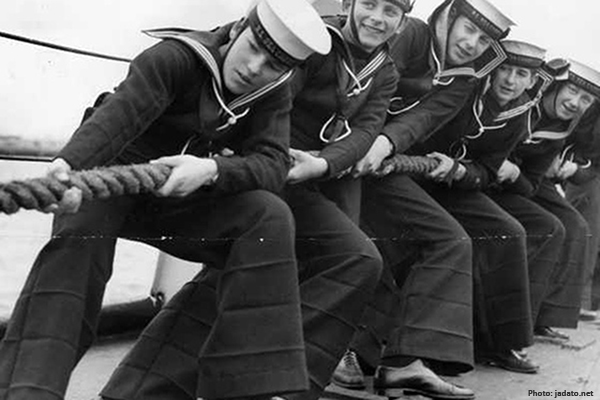 Coco Chanel was inspired by sailor pants for her revolutionary wide-legged women’s trousers in the 1920s, and they made a mass-market comeback in the 1970s, perfectly paired with the era’s other must-have item, the platform shoe. The 1990s saw another moment of glory for flares and surely they’re waiting in the wings to reclaim their place, fashion’s comeback kid, as soon as skinny jeans finally outwear their welcome.

More style from the high seas

Another fashion icon that comes straight from the seaman’s duffle bag is the marinière, the blue-and- white striped long-armed shirt that’s synonymous with casual-chic French style. The jaunty stripe that decorates the shirt originated in Brittany, in the country’s northwest (also home to salted caramel, crepes and Asterix). 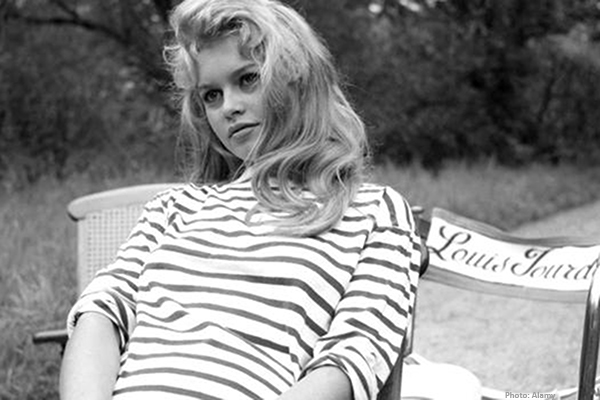 It was officially decreed part of the uniform of the French navy in 1858, and in true French bureaucratic style, its rules are strictly outlined: there must be 20 navy blue stripes each 10mm wide, and 21 white stripes each twice as wide as the navy blue ones. According to sailors, the stripes made it easier to spot men who had fallen into the sea. The marinière was claimed for haute couture first by Coco Chanel (who definitely had a thing for sailors), and later raised to icon status by Jean-Paul Gaultier (who maybe does too).