Traditional agriculture is at the heart of many of our country towns, but look beyond the wheat and you’ll see vibrant places with ‘agri culture’ in spades. Whether it’s celebrating a divisive hairstyle, times gone by or The King, creating a new creative industry, or rustling together community spirit to bring people together, here are five towns embracing agri culture. 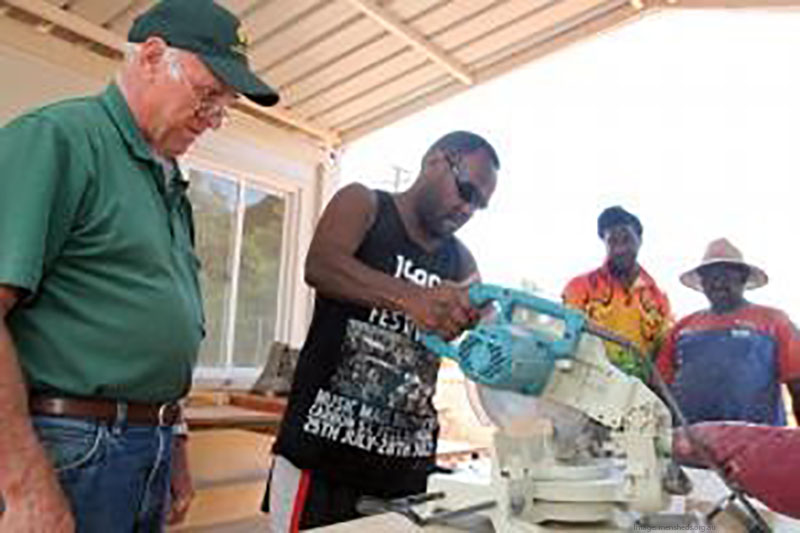 The first official Men’s Shed opened in Tongala, Victoria, back in 1998, but they can now be found in the thousands all across Australia, including remote areas. Built on the premise that “men don’t talk face to face, they talk shoulder to shoulder”, the program gets men together to use their hands as they would in a shed, building and restoring things, while being able to socialise with other members of their community. Men of all ages share skills and learn from each other in this laidback environment, connecting them to each other in a non-intimidating and non-awkward way. Not only do Men’s Sheds help men help each other, they can also boost the town’s economy and improve participants’ chances of finding jobs. 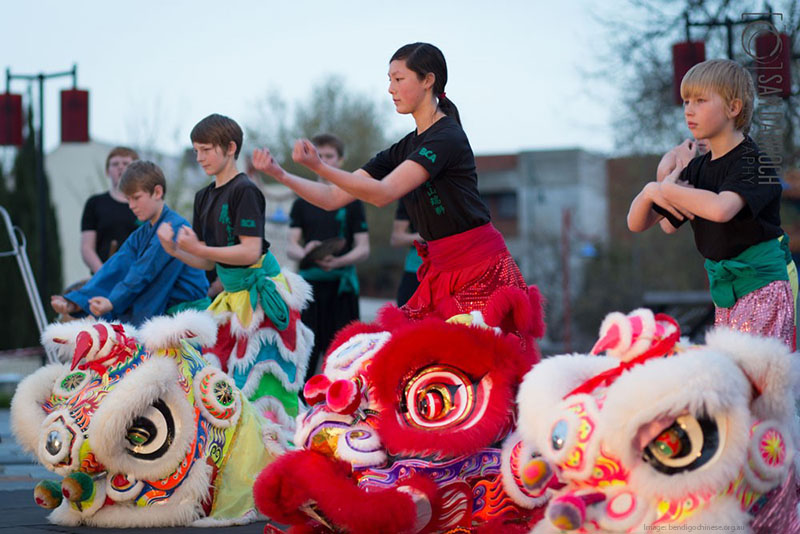 One of Bendigo’s biggest draw-cards is its Golden Dragon Museum, which focuses on the lives of the Chinese people who settled in the central Victoria town during the gold rush.
Back in the mid 1800s, 20% of Bendigo’s population came from China, and Chinese culture still runs strong. As well as the museum, there’s also the Yi Yuan Gardens and Kuan Yin Temple open to visitors. Bendigo’s celebration of their Chinese heritage can be felt at all times of the year, but come Easter time, it’s out in full force. That’s when Sun Loong makes his public appearance – the longest imperial dragon puppet in the whole world, Sun Loong can otherwise be found hanging out in the museum when he’s not dancing through the streets during the festival parade. 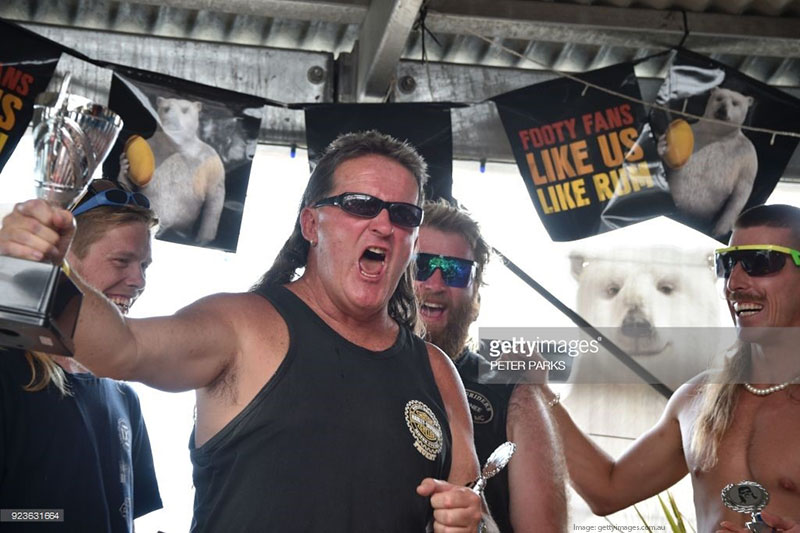 The population of Kurri Kurri in NSW’s Hunter Region is just over 6000 people, but come February and March, the small town welcomes visitors in droves. Many of these tourists are sporting the usually under-celebrated hairdo (or don’t), the mullet, in pilgrimage to the local pub’s Mulletfest. The brainchild of a Kurri Kurri hairdresser, Mulletfest hands out prizes for the best mullets in such categories as grubby, ladies and junior. 150 mulleted hopefuls registered for last month’s event, and its success could see it become an annual occasion, much like the town’s Nostalgia Festival. Now in its second decade, this free festival celebrates all things 50s and 60s – think hot rods, rockabilly hairstyles and swing dancing.
Drawing crowds of locals and tourists alike, Kurri Kurri’s Nostalgia Festival adds a splash of colour and retro stylings to the country town when it rock and rolls around every March. 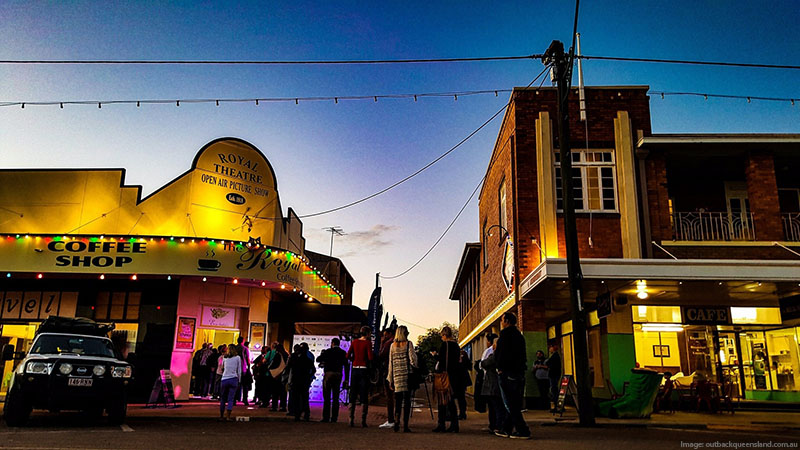 Sheep and cattle are the main industries for Winton, a tiny town in Central West Queensland, but they may one day be replaced by movie making. In 2004, the Nick Cave written movie ‘The Proposition’ was filmed there, and several other Australian films and series have since followed. Winton also has the perfect location for screening these flicks and others, with their historic Royal Theatre being one of only two open-air cinemas remaining in Australia. It’s the ideal location for the Vision Splendid Outback Film Festival, a nine-day Aussie movie marathon. This will take place in June and July and is expected to lure hundreds of popcorn-munching cinephiles outside to watch these movies under the stars. 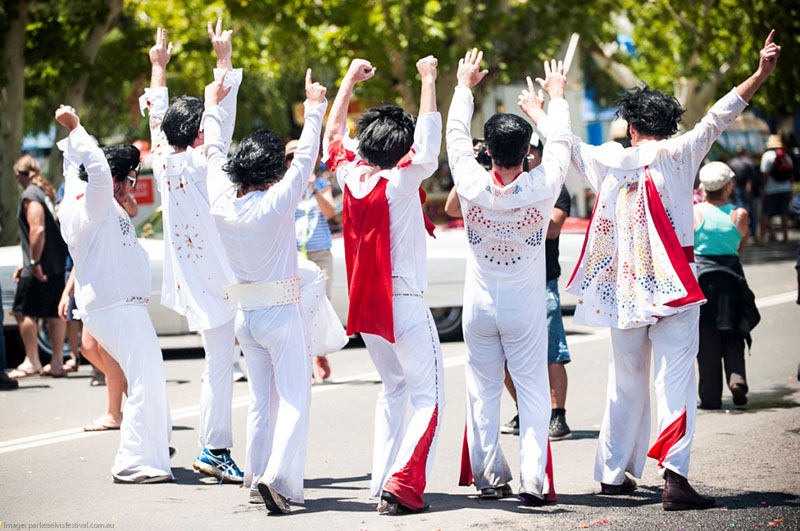 There are many who believe that Elvis hasn’t left the building, but where could he be? If you’re in the town of Parkes in January, you’ve got a good chance of spotting him. Running since 2005, the Parkes Elvis Festival has grown from a one-night celebration with 200 people in attendance to a four-day extravaganza attracting 25,000 visitors (pretty impressive for a town with a population of just over 11,000 people). Although Parkes’ main industries are wool and wheat, The King of Rock and Roll is a major draw-card each year, boosting the town’s economy and leading to increased sightings of sideburns, diamantes and white jumpsuits.