In ancient cultures, games were used as a way of settling disputes and to prepare young men for combat. Stick-games in particular were hugely important in a world where carrying a stick could mean the difference between life and death.
Just like our traditions today, sporting events featured pre-game rituals including ceremonial night-before dances, symbolic body painting and end-of- game feasting and partying. Sounds familiar. Spectators and competitors alike would bet on the outcome of the game. Again; familiar. 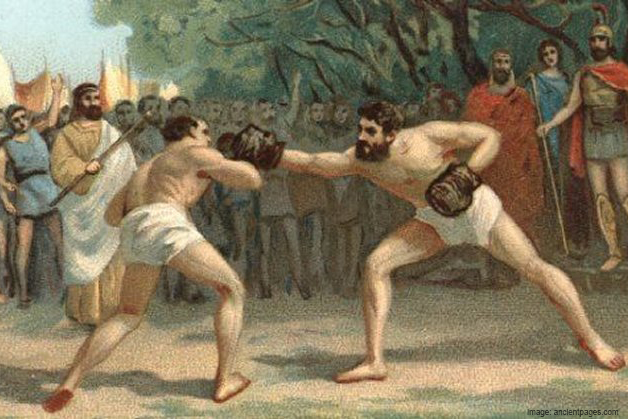 In Africa, almost every tribal community engaged in fighting sports. Wrestling was particularly popular in West Africa, and was also the most popular sport in Ancient Egypt.
Variations of stick-fighting and stickball were played all around the world by ancient tribes, from Ancient Egypt to Southeast Asia and North America. Empty-hand combat
involving striking and grappling was huge in Ancient Greece and Rome, Africa and Asia, and in India it evolved into a more sophisticated form of martial arts.
One of the oldest team sports in North America is indigenous stickball – a prototype lacrosse, where 100 to 1000 men from opposing tribes would participate in games played on the open plains. Goal posts were several miles apart and literally mobs of players would swarm to get the ball. 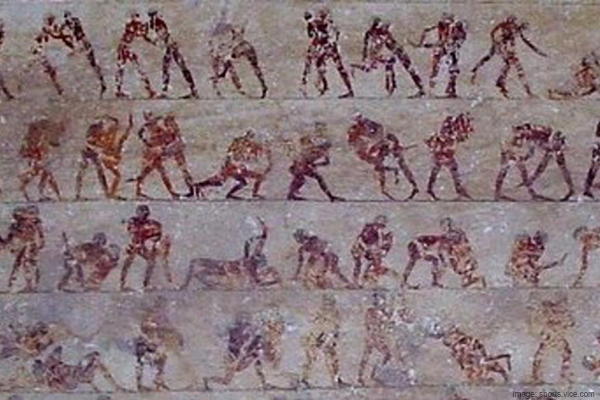 Down under, with the oldest continuing culture in the world, it’s no surprise that sports evolved. Amazingly, there are a large number of games played by Aboriginal kids somewhere in Australia today that trace their history back thousands of years. These days, the games are usually played with tennis balls instead of rocks and swimming tubes instead of wooden war clubs.

The history of ancient tribal sports is also a glimpse into sporting activity without all the fancy uniforms, padding and expensive equipment.
Almost anything that could be thrown was capable of turning into a sport. The Olympians of Ancient Greece threw javelins, Aboriginal men threw hardwood spears, and Scottish clans still throw the caber.
And, of course, just about anything can be treated as a ball. All the Mojave Indians needed was a wooden ball, which they’d propel through the desert in a form of kickball
that could take up to a day. And in Central Asia, the headless body of a goat is still used as the puck in the game of equestrian polo known as buzkashi.

Of course, not all ancient sports were as benign as stickball – some games were downright bloodthirsty.
Played by the Mexico Mayan, pitz was like volleyball except the rubber ball they had to bounce weighed several kilos and the entire losing team was beheaded. And in Viking days, the tug of war was played over a pit of fire – which meant that the losing team would end up in the flames.
Puts it all into perspective, doesn’t it?
Pankration was early form of martial arts from ancient Greece that involved boxing and wrestling and was played naked, with no rules and no time out. The aim was to get your opponent as close to death as possible, so that they’d give up. If your opponent died, they won, because they didn't give up!
Meanwhile, in ancient Egypt, eight fishermen in boats would paddle out into the middle of the Nile and then use their oars to beat each other to death – and in this case, if you died, you lost.

With many proud cultures still engaging in ancient sports, there’s still an opportunity for the rest of us to see them in action. The World Indigenous Games brings together more than 2000 athletes from across the planet. The Games are biennial – the most recent games were held in July 2017 in Alberta, Canada.
Traditional events include archery (including on horseback), tug-of- war, various stick games, the tree-trunk relay, contactless head football and the high jump. The Tutsi of Rwanda excel at the latter – they can jump their own height, often more than two metres! 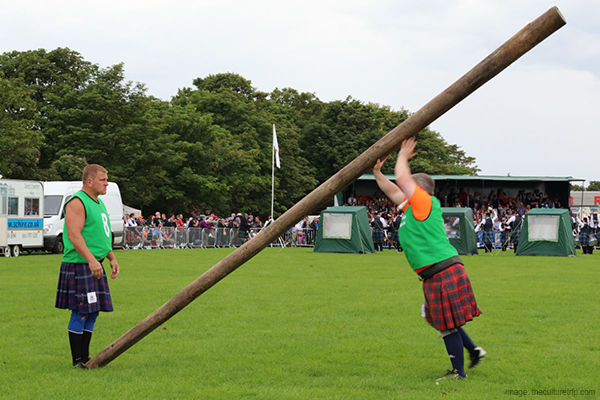 Main image: Pankration- The aim was to get your opponent as close to death as possible, so that they’d give up. If your opponent died, they won, because they didn't give up!