Growing up female in the 17th century pretty much guaranteed life would run along some well-worn lines. Once born, a female child could expect to grow up and get married. But the Restoration era also showed some signs of loosening the reins on women’s lives, allowing them some limited opportunities to occupy other positions in society.

The easing of those reins was largely down to Charles II’s ascension to the throne in 1660. His placement on that royal seat heralded the beginning of a new era. The theatrical monarch was the flamboyant antithesis of the puritanical crowd that had come before him. And as a lover of women and a chaser of many skirts, Charles II did what many monarchs had done before - but with a difference. His courtesans and mistresses were not just for distraction but for conversation and consultation. 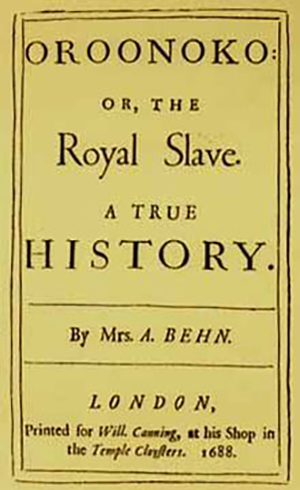 It was into this world that Aphra Behn was born and, as was to be expected, married. But this young woman, taking full advantage of the changing times, was able to wriggle a little more room for herself in society by becoming a successful author.

Most information about her early life is prefixed with the word ‘may’, as not much is known about her upbringing at all. There is uncertainty over the location of her birth and the exact name of her father and mother, although it is generally believed Aphra’s father was a barber, her mother may have been a wet nurse.

The obscurity of her origins may have been by design, however, for Aphra Behn was a storyteller who regarded her own story as one that could be invented many times over. Hence a great amount of conjecture surrounded everything from her first book (was her novel ‘Oroonoko - Royal Slave, The True History’ fact, fiction or something in between?) to her marriage (did her husband die or did they separate?). 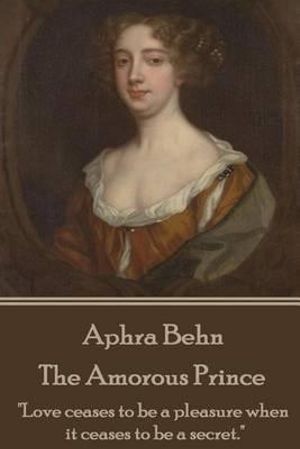 Perhaps there are clues in her writing as to what she at least thought of marriage, with two of her successful plays, The Forc’d Marriage and The Amorous Prince offering a damning view of arranged marriages. Whatever her private thoughts, her plays hit the mark with Charles II, who enjoyed her libertine take on all things life and love. She found herself in his circle and made many friends at court.

Throughout her life Aphra wrote obsessively. And even in her dying days, though beset by poverty and hardly able to hold a pen, she continued to work. Alas, while Aphra enjoyed success in her time, her contribution to literature was to be downplayed over the centuries as her work was derided as amoral and lightweight.

But perhaps, with just a few more people knowing her name, Aphra may yet regain her position as one of the greats of English literature.