Glastonbury, Isle of Wight, Sunbury, Coachella, Lollapalooza, All Tomorrow’s Parties, the Big Day Out … the granddaddy of all these famous music festivals was, of course, Woodstock. And the man who brought the music to the masses was Woodstock’s sound engineer, Bill Hanley. 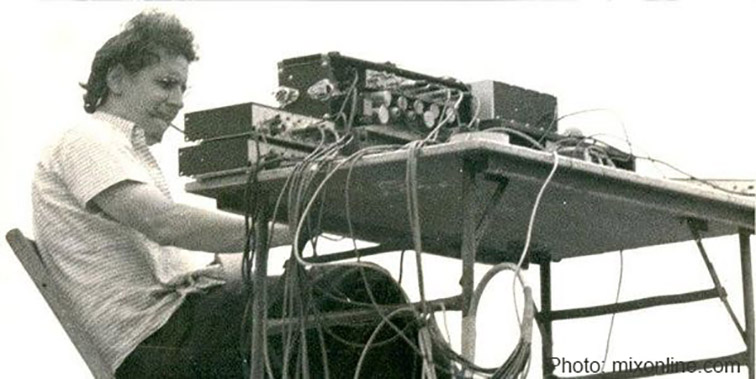 Held in mid-August 1969, the legendary festival is synonymous with every hippie cliché in the book – incense, nude mud wrestling, bad hair, out-of-sync dancing and kaftans.

Billed as ‘three days of peace and music’, Woodstock pinpointed the moment when baby boomers and the rock music they spawned became an economic and cultural force to be reckoned with.

Organisers hoped for a crowd of 100,000. Expectations soon blew out to 200,000, then 400,000 and counting. Some estimates put the eventual crowd at half a million. Just imagine the queues for the toilets! Or finding a snack when you got the munchies? Forget it – some festival goers were reduced to drinking milk straight from the cows on Max Yasgur’s farm, the festival’s venue a couple of hours drive from New York City.

That so many people could self-organise, cope with the elements and not kill each other gave hope for a better future. And believe it or not, at Woodstock there was no merchandise!

There were two deaths, two births, an awful lot of drugs at Woodstock, but no violence. Thirty-two acts performed, with the most Twitter-worthy spot going to the festival’s closing act, Jimi Hendrix, sporting fringed white leather and a red bandanna. His rendition of ‘Star-Spangled Banner’ has come to symbolise the festival, complete with feedback-created sounds of Vietnam warfare.

Other standouts
• The anti-Vietnam clamour of Country Joe and the Fish
• Crosby Stills Nash and Young playing their second-ever gig, including a rousing rendition of ‘Suite: Judy Blue Eyes’, sans Young who – the legend goes – was with Hendrix racing to the venue in a stolen truck, having landed at the wrong airport
• Joe Cocker's career-defining performance of the Beatles’ anthem, 'With a Little Help from my Friends' (check out the boots!)
• Pete Townshend from The Who swinging his axe at Abbie Hoffman when he stormed the stage to grab the microphone and talk politics
• John Sebastian announcing that 'some cat's old lady just had a baby, a kid destined to be far out'.

Just about every act who declined to play at Woodstock regretted it, including

• Jethro Tull (Ian Anderson said he didn't like hippies)
• Jeff Beck Group (they split up just before the festival)
• Led Zeppelin (uber-manager Peter Grant declined on the band’s behalf)
• Bob Dylan (too busy preparing for the Isle of Wight Festival)
• The Beatles (too busy breaking up)
• The Stones (Mick was in Australia filming Ned Kelly and preparing for Altamont)
• The Doors (they thought about it, and drummer John Densmore was there) 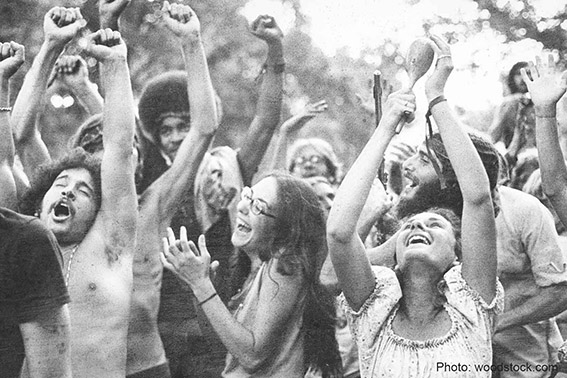 But what was the sound like at Woodstock? How did a sound system that was designed for an expected crowd of 150,000 cope with a turnout of perhaps half a million, and a mixed-weather bag of wind, rain and sunshine? The man of the moment was sound engineer Bill Hanley.

Hanley’s brilliant positioning of two scaffolding towers crammed with speakers on the encircling hills, connected to transformers backstage, was so successful, it was collectively dubbed ‘the Woodstock bins’. It was the most powerful set of stacks in the business at the time, and gave Hanley the moniker ‘hero of the Woodstock sound system’.

Woodstock wasn’t Bill’s first gig though – far from it. He’d previously handled the sound for the Newport Folk and Jazz festivals, and ‘Sound by Hanley’ was a recognized sign of quality on a marquee or concert poster. His sound was so distinctive that Brian Wilson insisted on hiring Hanley for the Beach Boys’ 1966 tour. 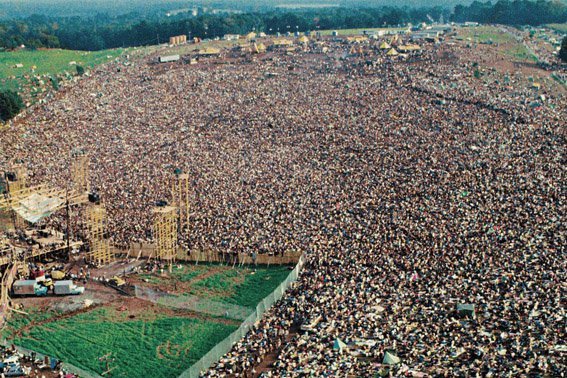 Bill went on to do the sound for Madison Square Garden’s mega rock concerts in the 1970s, but ultimately it was his portable staging, projections, monitors and speaker scaffolding at Woodstock that made him the father of festival sound. Bill Hanley’s Woodstock bins paved the way for today’s arena and stadium shows, multi-day festivals and raves.

The music festivals of today have far less lofty ideals than Woodstock though, following a more capitalist model and with a more boutique style. Most draw a mere 50,000 festival-goers per day, peaking at around 200,000 at Glastonbury.