Everyone’s talking about ‘disruption’ these days, and they don’t mean annoying changes to the Midsomer Murders’ time-slot. Disruptive technologies are inventions that unsettle the way we’ve normally done things.

Possibly the most disruptive tech ever was the printing press, invented around 1440. The ability to copy the written word quickly and cheaply was a boon to literacy and the spread of ideas. But for book scribes, whose job it was to hand-copy printed materials like pamphlets and Bibles – it was a disaster. Ottoman scribes successfully demanded that their Sultan ban the printing press to protect their industry; not the last time writers have pushed back on the march of history…

Journalists today – and especially those at newspapers –are facing job losses as news is readily available online. Like the Guttenberg press of its day, the Internet is cheaper and faster than its predecessor. For better or for worse, the hard-nut, hard-drinking journo is fast becoming a thing of the past.
![Printer in 1568 ce 2] 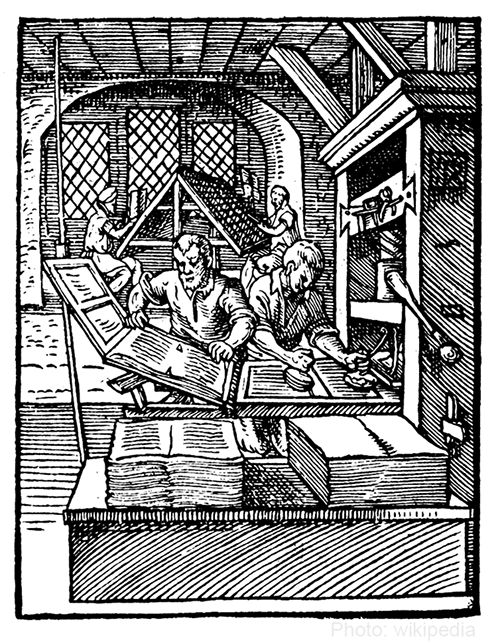 When radio became popular in the 1930s, the 20-year- old recording industry was certain free music played over the airwaves would decimate their industry. Why, they thought, would anyone buy music when it available all the time for free?

When the recordable cassette tape came along in the 1960s and 70s, the recording industry was certain taped music shared or sold illegally would decimate their industry. Again, why would anyone buy music when it was available for free?
![Home taping is killing music] 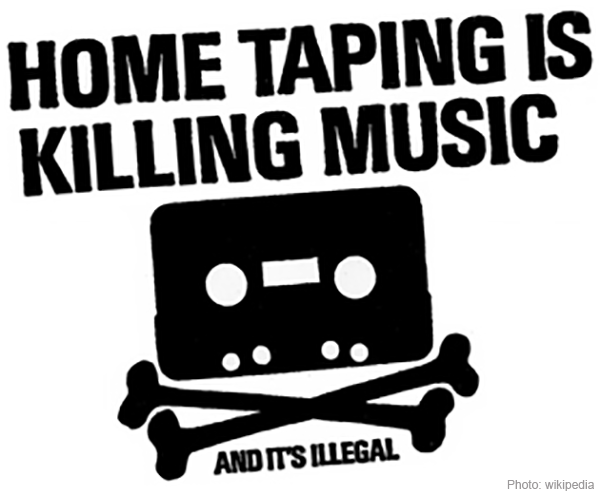 When peer-to- peer file sharing on the Internet came along in the early 2000s, the recording industry was again worried about the threat of freely available music.

Only this time, they were right.

CD sales have declined every year since the early 2000s. This has given rise to online subscription music services like Spotify. Over 30 million people pay a monthly fee, meaning they can stream music (listen to it live over the internet) whenever they want.

For $12, Aussie subscribers have access to well over 30 million songs; it’s like a DIY radio station. The kids absolutely love it, and so does cashed-up Spotify. Those once all-powerful record companies have taken a dive, and artists – who earn around $0.007 per play – better hope their t-shirt sales are going gangbusters.

It’s hard to imagine now, but before the turn of the 20th century, lots of people were terrified of cars. It’s ironic that the fear people have now about driverless cars is the exact opposite of the fear held back then.

You see, back then people thought that a horse and buggy was safe because there were two forms of intelligence in control – the driver and the horse – and both wanted to avoid accidents. Some people warned that having a car would mean the driver would now have to pay attention all the time!

In England around the same time, the law stated that cars had to drive behind a person who was walking and waving a red flag. Speedy. 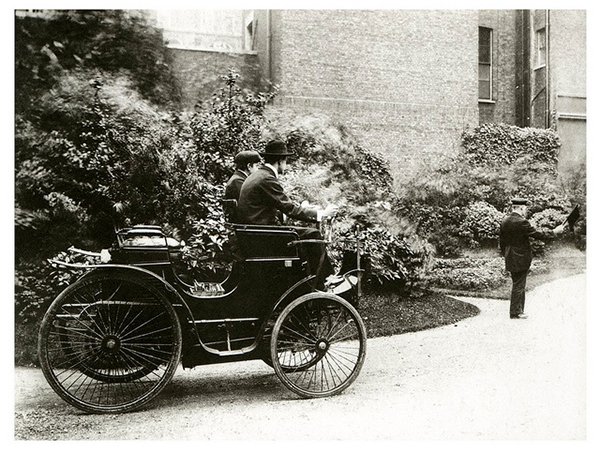 These days, driverless cars are adding another form of intelligence back into the equation, only this time, it doesn’t scare easily and doesn’t need a whip to make it go faster. 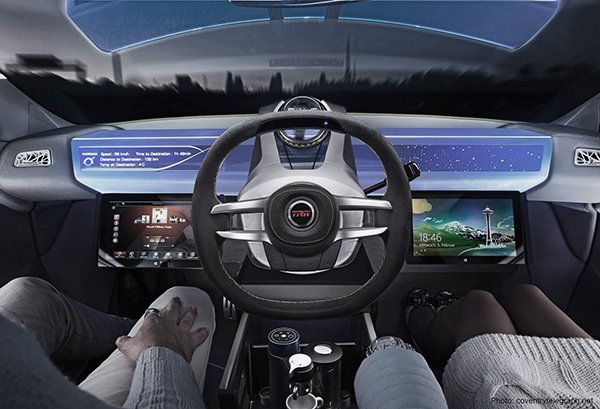 The invention of an official service that delivered letters and parcels dates back to ancient Egypt, around 4000 years ago. Before that, people would need to use servants or pay individuals to courier their letters. Over the next couple of thousand years, postal systems developed in Persia, China, India and more, but it was the Romans who really got the whole system sorted.

Having a reliable mail service opened communications up to people who previously couldn’t afford it. It was a minor revolution that spread alongside global exploration and the development of better and faster transport options, from steam ships and trucks through to aeroplanes.

And then along came the Internet (again!). Email means the almost instant delivery of messages and digital files, including photos, documents, music, video and more. At first, postal services went into sharp decline as the number of letters sent dropped (2006 was the peak year for letters). But now, with online shopping soaring in popularity, well, someone has to deliver all those band t-shirts.