What’s the worst that can happen on a drunken night out? Embarrassing dance moves, regrettable conversations, sums of money unaccounted for. Inexplicable injuries. And maybe a sore head the next day. But on global historical scale, there have been more momentous booze-related stuff-ups.

Here are a few notable big nights out where someone was definitely taking a walk of shame the morning after. 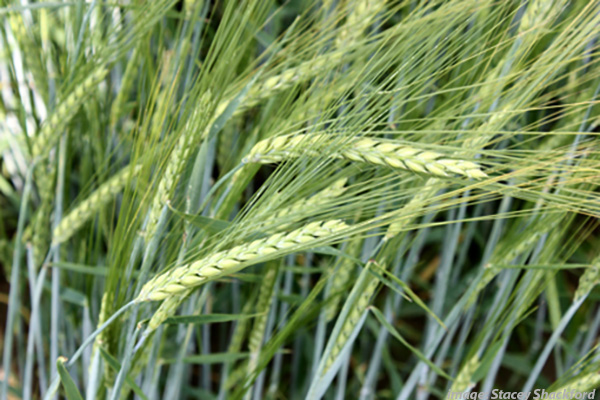 The Agricultural Revolution was thanks to beer

We humans have always had a hard-earned thirst. Archaeologists have unearthed containers with traces of the ingredients for fermented beverages from the Neolithic era, around 10,000 years ago. And there’s a theory that the turning point of human evolution was alcohol-related. The “beer before bread” theory posits that The Agricultural Revolution came to pass not so that humans could enjoy a regular supply of grain, but was inspired by the thirst for beer and its party-lubricating properties. (As well as health benefits – early beer was apparently more nutritious than bread as well as more fun.)

The moment that humans gave up their hunter-gatherer ways and settled down to farm and harvest leads us direct to the world of urban metropolises, modern politics, selfie sticks and late-stage capitalism; ‘benefits’ which have lead some to dub it “history’s biggest fraud”. Is human civilisation, as we know it one long hangover from a booze-fuelled Agricultural Revolution? Makes sense. 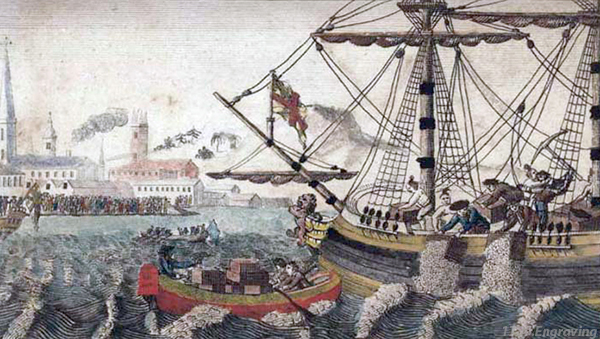 The triggering event of the American Revolution is named after a mild-mannered hot beverage, but history tells us that behind the scenes, stronger draughts were being drunk. In December 1773, at the height of tensions between the British and their American colonies, three ships loaded with tea sat in Boston Harbour, caught in a standoff between the British – awaiting the payment of tax on the tea – and the colonists, refusing to pay as a protest against British rule.

A bunch of angry men, led by key anti-Brit Samuel Adams, gathered one evening at the house of a local newspaper editor to drink a ‘punch’ of red wine, rum and whiskey (quite the cocktail; note the lack of any non-alcoholic ingredients). Not long after, they donned Native American disguises, boarded the stranded ships by force, and threw what would today be around US$1 million worth of tea into the harbour. Thus, the formative event of US independence was in fact a drunken riot in fancy dress. 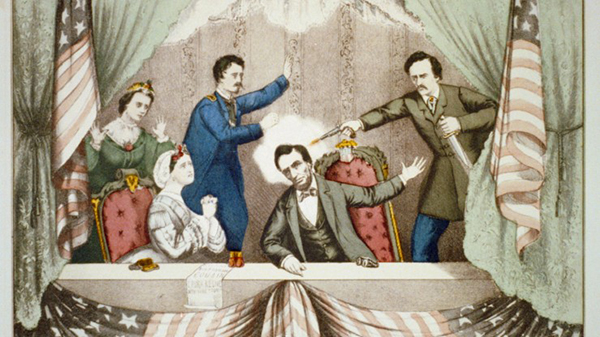 On April 14, 1865, President Abraham Lincoln made history’s most ill-fated theatrical outing when he stepped out to Ford’s Theatre, never to return. In those pre-Secret Service days the President didn’t enjoy modern levels of protection, but even by those terms his single bodyguard for the night, an unreliable cop named John Parker, was a sketchy choice.

His (literally) fatal mistake: at the play’s intermission, he joined a couple of mates for drinks in the Star Saloon, near the theatre. Leaving assassin John Wilkes Booth an easy time of it – he simply walked up behind the President as he enjoyed the performance from his private box, and shot him in the head. 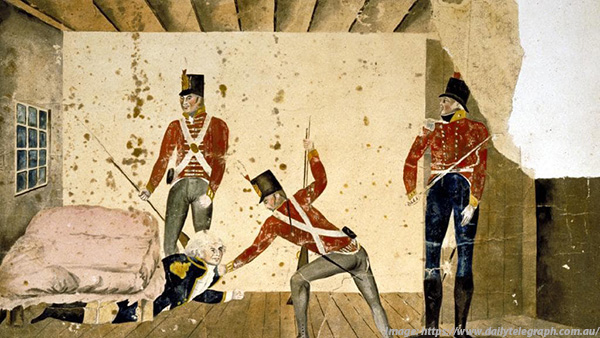 The Rum Rebellion: the clue’s in the name

It would be simply unfeasible for Australia not to have had a drunken historical moment and while we suspect there are a few flying under the radar, this one is so clearly booze-related that they named it after everyone’s favourite Coke flavouring. As if that wasn’t enough, this story also features Captain (by this time, Governor) William Bligh, everyone’s favourite evil captain (OK second favourite).

The 1808 Rum Rebellion was the only successful armed overthrow of a government in Australian history. The dictatorial Bligh was the (surprise!) unpopular Governor of the colony of New South Wales; when he threatened to bring an end to the colony’s profitable and pleasurable rum trade, landlubber mutiny was the only imaginable response. While there were other factors involved, the fact that the soldiers doing the overthrowing were called the Rum Corps and the currency of the time was largely – you guessed it – rum, due to a shortage of coins, it is unlikely that this was a teetotalling affair. 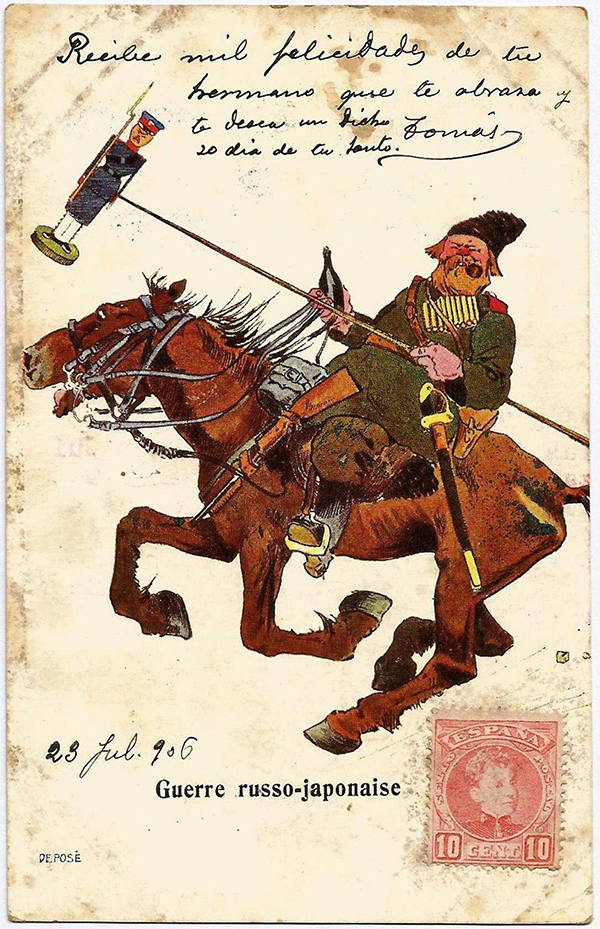 The Russo–Japanese War, fought in 1904–5 over rival imperial ambitions in Manchuria and Korea, is notable for how poorly the Russian troops performed, largely due to their over-consumption of vodka. It was the first time that empire sent military reservists rather than trained soldiers into the theatre of war, and they showed their enthusiasm with low levels of motivation and high levels of inebriation. Vodka-bingeing led to mass refusal to obey orders and open insults to the officers who struggled to lead the openly-defiant and angrily intoxicated soldiers.

The war did not end well for the Russians, and Tsar Nicholas established a prohibition in 1914 in the lead-up to WWI, in the hopes of avoiding a similar outcome. This also was not successful, with homemade hooch being cooked up from almost anything: varnish, sawdust, and crops meant for animal fodder; riots in the streets; and a soaring drug addition rate. The prohibition finally ended in 1925. 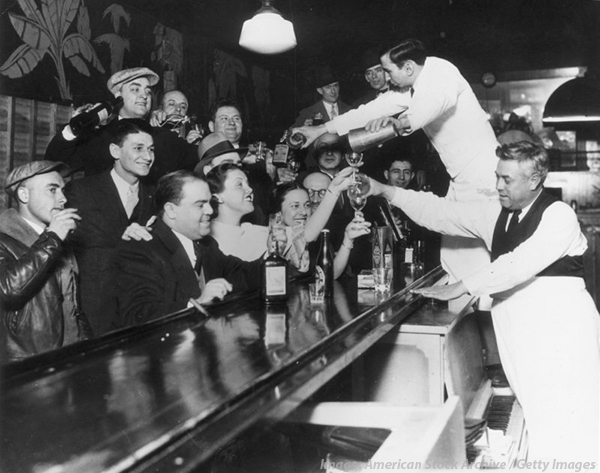 The US Prohibition invents organised crime

When the United States went dry in 1920, there were some immediate and not necessarily expected consequences. Jobs were lost as breweries closed, restaurants shut down because who wants to eat dinner without wine, governments lost revenue (before Prohibition, the state of New York relied on alcohol taxes to fill 75% of its coffers). The trade in illegal booze flourished, leading to the birth of a whole new criminal underclass.

Before Prohibition, the term ‘organised crime’ didn't really exist. Sure there were bands of street thugs, but the management skills required to operate a successful bootlegging operation, and the huge sums of cash up for grabs, led to organised, hierarchical and ruthless groups of mobsters forming and running highly effective criminal machines. Which, by the way, were instrumental in making Prohibition America one of the wildest, drunkest, funnest times in history. In terms of preventing inebriation, Prohibition was an epic failure. But as a finishing school for gangsters, it was a winner.