‘My country went to war and all I got was this lousy t-shirt’: four centuries of military fashions

Fashion has a history of pillaging the military for inspiration. Obvious examples: cargo pants, camouflage prints, trench coats (the clue is in the name). But the trend is more pervasive than we perhaps realise. Everything from flares to cardigans to the humble white t-shirt has a link to military wear. Basically, if it weren’t for war, we’d all be pretty much nude. Let’s revisit our long history of dressing up like soldiers. 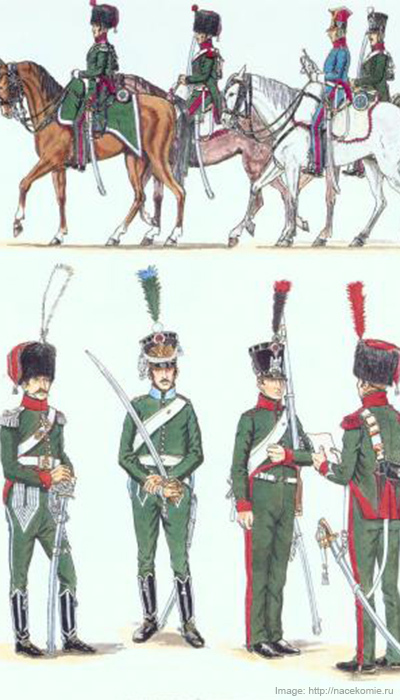 Trousers, and keeping them up

The common trouser had already had a few airings when it was widely popularised in 19th century Europe by Russian, French, and Prussian cavalry officers. At the time, breeches – kind of like knee-length tights – were the favoured style of the upper classes, often worn with a pretty ribbon at the knee. Soldiers favoured trousers because they made horse-riding easier (and presumably also to avoid battleground ribbon-wearing).

As for keeping up those trousers, in the high-panted years up until WWI, suspenders were the favoured method. Afterwards, waists were lowered and the modern belt came into service, derived from thick leather belts originally worn by Russian and Prussian cavalry officers outside their uniforms to support their sabres. 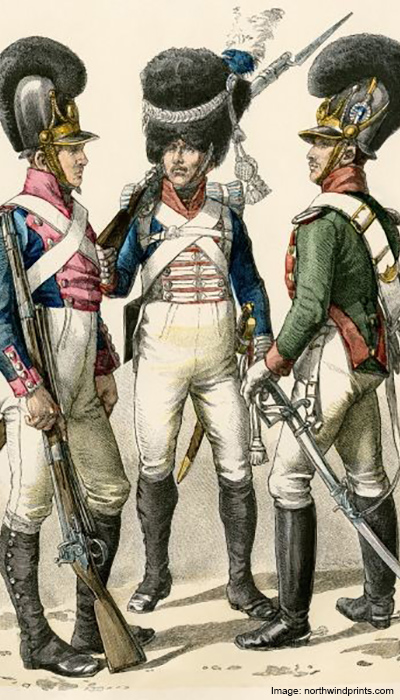 It’s thought that the classic three-piece suit is based on the dress uniforms of Napoleon’s army, who dominated Europe in the early 1800s. England, with its tradition of men’s tailoring, was fashion’s epicentre at the time, but fashions reflected the winning force’s style. Dandies such as Beau Brummell, former soldiers who wanted their civvy duds to reflect the glory of war, helped bring battlefield styles into the smartest drawing rooms.

The basic French uniform was an open, single-breasted blue-and-white coat, white waistcoat and white breeches or trousers. By the early 20th century, that combination had become the matching jacket, vest, and trousers of the modern suit. 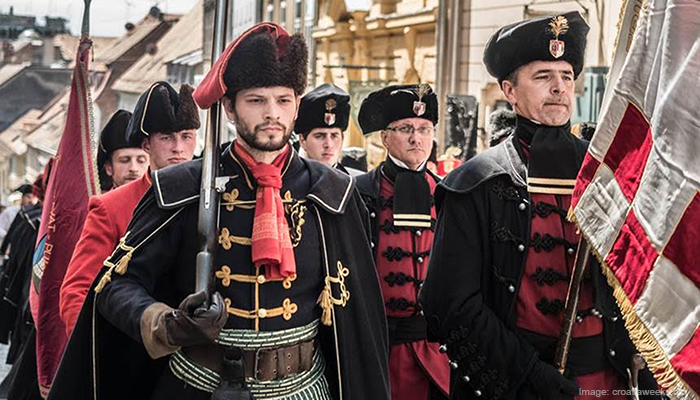 The strange story of the necktie

What’s the deal with that bizarre and pointless piece of material men wear around their neck? We can thank Croatian mercenary soldiers for the sole purely decorative item in the male wardrobe. In the 1600s, when they arrived in Paris for the Thirty Years’ War, the Croatians wore bright scarves tied around their necks. Some say that they tied the scarves so tight that they often fainted during manoeuvres, making it somewhat problematic as fighting clobber.

Nevertheless, the French loved the look, and adopted it straight away, calling the style ‘la Croate’, and later, ‘la cravate’ – which is still the word for ‘necktie’ in French today. (The French word for ‘cravat’ is ‘le foulard’ – don’t ask.) 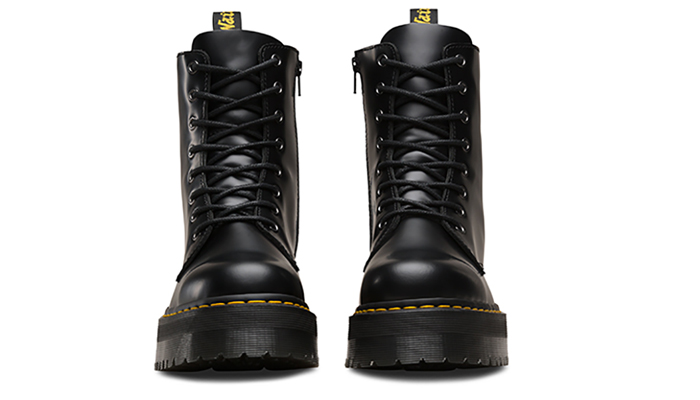 Every single type of shoe

OK, that’s an exaggeration. But only just. First off, the basic dress shoe dates back to the fashion-forward Napoleonic wars. Prussian general Gebhard Leberecht von Blucher, noticing that his troops were having trouble getting their boots on and off, commissioned a half-boot with two flaps held together by laces – and the ancestor of our modern lace-ups was born.

The leather Wellington boot, named after the Duke of Wellington and the fave footwear of 19th century British aristocracy, became a fashion staple after being rubberised to keep soldiers’ feet dry in the WWI trenches. Desert boots were designed by Nathan Clark (of Clarks shoe fame) in admiration of the rough suede, crepe-soled footwear sported by off-duty officers stationed in Burma in WWII. And Dr. Martens famous boots were designed by an actual German WWII army doctor, on leave after an ankle injury, who found his military-issue footwear wanting. 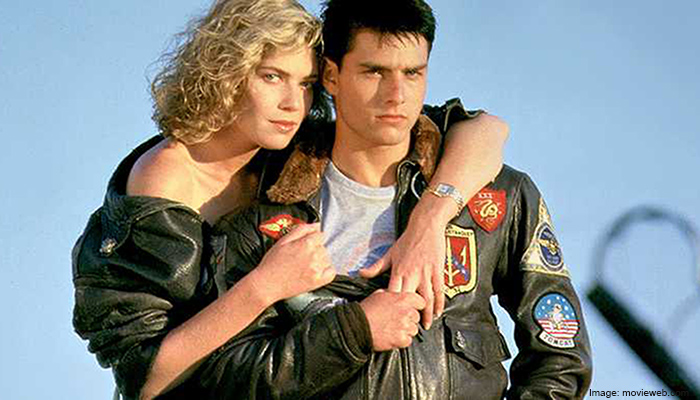 As the three-piece suit is to formal wear, so this little ensemble is to pub wear and ‘smart casual’. And all of it military. The white t-shirt was officially made a standard undergarment of the US navy in 1913. It was US soldiers stationed in the sticky Philippines during the Spanish-American war of the 1890s who began wearing light, khaki-coloured cotton trousers made in China – hence, ‘chino’. And the MA-1 flight jacket was first issued to US Air Force and Navy pilots in the 1950s.

Add a pair of Ray-Ban Aviators, commissioned by the US Army Airs Corps to Bausch & Lomb to develop in the 1930s, and you have Tom Cruise’s Top Gun costume. 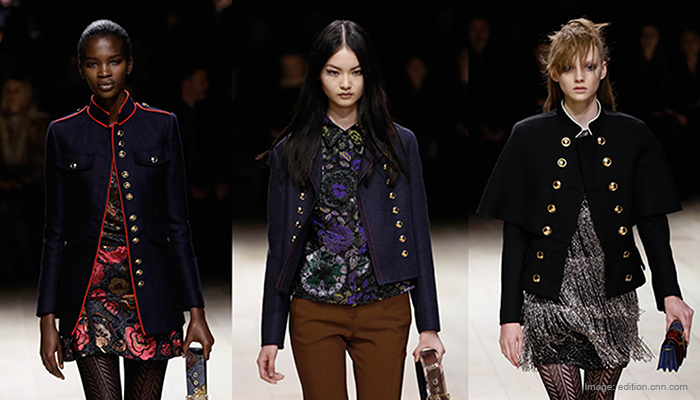 And for the ladies…

Of course, women have not escaped the ubiquitous influence of war-themed threads. Season after season, catwalks preen with surprising creations inspired by, but far removed from, their military originals. Fluro camouflage, for example, is surely an oxymoron; and the status symbol Burberry trench has travelled far from its original purpose. Chunky cable-knit turtlenecks, flared trousers and woollen beanies are all recycled navy looks. Jackets with epaulets and gold braiding, pea and trench coats, legionnaire style (that’s safari suits, updated), the classic Breton striped top – we wouldn’t have any of it without the military. War! What is it good for? I think we have an answer.