Some passions are obviously dangerous. High altitude mountain climbing, free diving, base jumping … there are ‘hobbies’ that seem more like death wishes dressed up for a night out. But sometimes, pastimes we think of as charming or at least harmless – dancing, feasting, playing bagpipes (okay, maybe bag-piping doesn’t belong on that list) – turn out to be deadly. Here are some of history’s most hair-raising stories of passion gone wrong.

Take dancing. Fun, right? Until it’s not. To be fair, the medieval proto-ravers who found themselves in a days-long dancing frenzy weren’t doing it for amusement. It was 1518 in Strasbourg, France, when hundreds of people suddenly took to dancing in the street, continuously, for days on end, to the point of dying from heart attacks or strokes.
The authorities believed that the dancers would eventually recover if they kept dancing, and misguidedly paid for musicians to keep them bopping, even building a wooden stage to get things pumping. Unsurprisingly, this had the opposite effect, with reports of up to 15 people a day dropping dead from exhaustion.
The most likely theory is that the dancers were unknowingly under the effects of ergot, a fungus that grows on grain and causes effects similar to LSD. Dancing under the
influence of psychedelics – not so different from today’s music festivals, but with results slightly more serious that the classic days-long hangover. 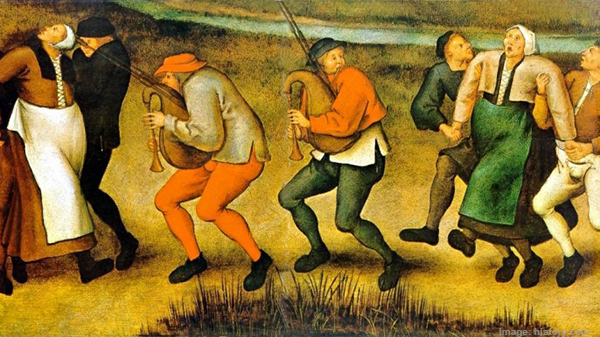 In our MasterChef / My Kitchen Rules-saturated era, everyone’s passionate about food. Competitive eating is a sport, apparently. But let’s not forget that gluttony has been officially listed, by God no less, as a deadly sin. History is packed with appetite-reducing reminders, with the most notable being Swedish king Adolph Frederick (many championship gluttons were historically royalty or nobles, for obvious budget-related reasons).
One fateful day in 1771, he sat down to a standard kingly meal including lobster, caviar, kippers, sauerkraut, and champagne. And for dessert, your majesty? Our epicurean monarch went for the traditional Swedish dessert of semla, a bun filled with almond paste and cream, served in a bowl of warm milk. Fourteen of them. (Joey Chestnut eat your heart out.) Not long after, he died of ‘digestion problems’. No kidding. Today, Swedish school kids learn about him as ‘the king who ate himself to death’. 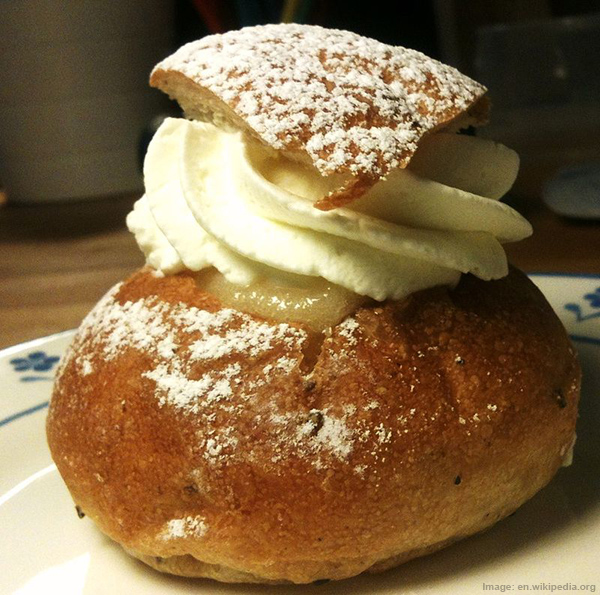 What could possibly go wrong?

They say that it’s either eat or be eaten, and when your passion is grizzly bears, it doesn’t take much imagination to see what could go wrong. Sadly, for Timothy Treadwell, the inevitable happened. A life-long animal lover, after his first encounter with a wild bear he knew he’d found his calling, and he devoted his life to observing them and working to protect their natural habitats.
Unfortunately, wild carnivores are not known for their gratitude and during Treadwell’s last visit into the Alaskan wilderness, at the end of what had been a particularly lean feeding season for the bears, he (and his girlfriend) became dinner. In the film made of his life, it’s speculated that he had a death wish, making his years of devotion to the bears a long drawn-out suicide mission. That may be – but what a way to go (and take someone else with you).

Your hobbies don’t have to scream ‘this is going to kill you!’ for the worst to happen. Take computer games for example. You might reduce your chances for meaningful human relationships, but you’re not going to die, right? Wrong. There’s a small but steady number of young men who spend so long playing World of Warcraft, or Everquest, or War of Tanks, that they simply die.
Whether it’s through pure exhaustion after a 72-hour, Red Bull-fuelled binge, heart failure, or staying still for so long that a blood clot forms and hits their lungs, one minute they’re lord of the universe, the next, a sad internet café statistic.
But playing an instrument, that’s harmless, right? Who ever died from music? You could ask the 61-year- old British bagpiper who went to his doctor with severe, persistent respiratory problems in 2014.
A series of medicos were bamboozled by his symptoms and by the time they discovered the culprit, it was too late. The man’s beloved pipes had become a breeding ground for deadly fungus that he was breathing in every time he did his daily practice session. While some may claim that’s not the greatest crime ever committed by a set of bagpipes, it’s not what you expect when you devote you life to your muse. 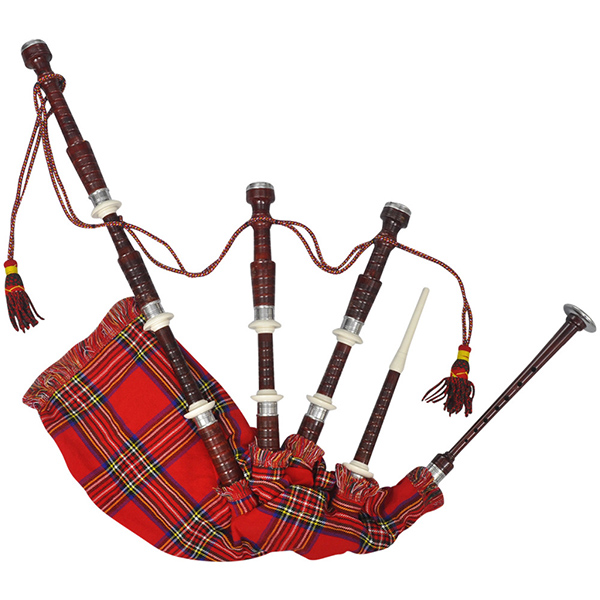