It’s a story that has everything: a musician records two albums in the early 1970s then disappears, only to be discovered several decades later to global acclaim. And that’s only the beginning…

The story picks up in 1967 when, under the name ‘Rod Riguez’, a Mexican-American named Sixto Rodriguez records an acoustic single called ‘I’ll Slip Away’. The Dylanesque song is followed by the albums Cold Fact in 1970 and Coming from Reality in 1971, released under the name Rodriguez.

The music is a lushly arranged, heady mix of vocals-driven, protest-fuelled folk-soul, featuring the stream-of-consciousness, drug-referencing lyrics so typical of the period. The look is Jose Feliciano, the vocal style has touches of James Taylor, Donovan and Cat Stevens, and the music is utterly timeless.

The impact on the US Billboard charts: nada, nothing, no sales. And so Rodriguez gives up music and slips away into obscurity, labouring on demolition jobs in his home town of Detroit. 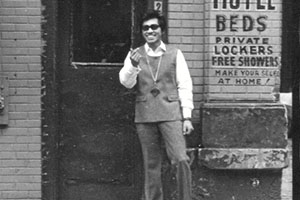 Rodriguez’s records may have tanked in the States, but his songs-with-a-message struck a chord with apartheid-era South Africans. His albums went platinum in South Africa, where the name Rodriguez was whispered with the reverence usually reserved for Dylan and the Stones. But Rodriguez received no royalties for his record sales and he knew nothing of his South African fame.

CD releases in the early 1990s kept the songs spinning in South Africa but with no recent sightings of the singer, the rumour mill was rife with wild stories of his grizzly demise onstage, his imprisonment for murder, his drug overdose.

Fans used the new-fangled internet to try to find out once and for all if Rodriguez was dead or alive, and in 1998 their messages were answered by the musician’s daughter: Rodriguez was indeed alive and well, and working on a construction site in Detroit. The musician was persuaded journey to Cape Town to play some shows, to ecstatic acclaim. The Rodriguez story began to pick up traction.

While backpacking around Africa, Swedish filmmaker Malik Bendjelloul heard the story of this mysterious American musician whose songs had given a voice to antiapartheid South Africans. Malik decided to make a movie from the fans’ viewpoint, retelling the story of how they used the internet to track down the working-class, inner-city poet musician. Lacking adequate funding, Malik’s documentary took four years to produce and was shot on a shoestring mix of Super 8 and a mobile phone. Called Searching for Sugar Man, and released in 2012, it was so warmly received that it went on to win not only a Bafta but also an Oscar. And so the Rodriguez story went global. 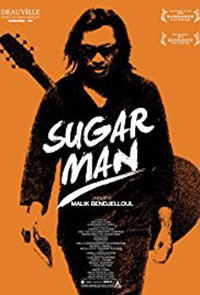 Big in Australia too

But there’s a little-known Australian connection to the story, one that the documentary omitted in the interests of good storytelling. Rodriguez’ music wasn’t just a hit in South Africa – his music connected down under as well in the late 1970s, and his albums were a fixture of many a shared household’s record collection, alongside Harvest and Tubular Bells. Rodriguez played his first major concerts in Australia in 1979, and in 1981 he played to 15,000 people, recording a live album and sharing the bill with Midnight Oil. It was the highlight of his career, or so he thought…

Also, although the concert crowds have been larger since the 2012 documentary, Rodriguez wasn’t languishing in obscurity before the film’s release. On the back of his South African renaissance in 1998, he toured Australia in 2007 and 2010. 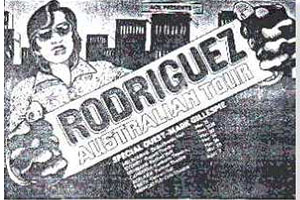 Since the release of Searching for Sugar Man, Rodriguez has returned to playing to thousand-strong crowds. Yet the man remains unchanged. He still lives in the humble home he bought many decades ago, eschewing possessions and luxuries, and remaining very much his own man.

Now aged 75, Rodriguez is still touring and keeping the music alive, only now he likes to say that he covers his own songs. 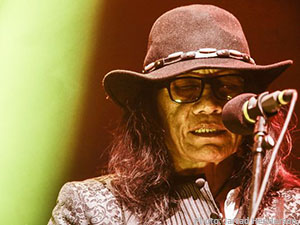