“Excuse my dust” – trust Dorothy Parker to be witty in even the most serious of circumstances. These three words formed Dorothy’s epitaph, perfectly capturing the humour and sharp thinking of the writer, poet and civil rights activist.

Born on 22 August 1893 in New Jersey, Dorothy Rothschild had a fractious relationship with her father and stepmother (whom it was said she referred to as “the housekeeper”). She started her writing career at the age of 21, with a poem published in Vanity Fair magazine, and soon afterwards nabbed an editorial assistant position at Vogue. 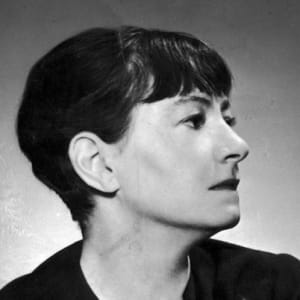 After two years at Vogue, Dorothy became a staff writer for Vanity Fair. It was at this cultural institution that Dorothy rubbed shoulders with notable playwrights and humourists, such as Robert E. Sherwood and Robert Benchley. Dorothy and the two Roberts formed the ‘Alonquin Round Table’, a prestigious group comprising the who’s who of the New York writing and acting scenes.

It was the perfect platform for Dorothy’s sharp wit, which was offending those she targeted in her Vanity Fair pieces – often famous and well-connected movie producers. Not one to mince words, Dorothy also reflected on her time as a teacher by saying her students “were the stupidest people on the face of the Earth”.

It’s said that her no holds barred approach to sharing her opinions is what cost her the job at Vanity Fair, but Dorothy soon found work again at another magazine and her articles were widely featured in lots of magazines, including The New Yorker and indeed Vanity Fair.

Dorothy published volumes of poetry, co-wrote Broadway productions, wrote song lyrics for movie scores and was part of the team for the original A Star Is Born, earning her an Academy Award for Best Writing for a Screenplay.

Her drive and passion weren’t just reserved for her work. Dorothy became involved in the fight to stop the execution of Nicola Sacco and Bartolomeo Vanzetti, Italian migrant anarachists convicted of killing a guard and paymaster but whom many believed were innocent.

A vocal campaigner against Hitler, Dorothy helped establish the Hollywood Anti-Nazi League in 1936, which as a result meant the FBI suspected her to be a Communist and she was put on the Hollywood blacklist. A massive advocate of the civil rights movement, Dorothy ended up leaving her estate to Martin Luther King.

Dorothy married twice – quite literally twice to Alan Campbell from 1934 to 1947 and then again from 1950 to 1963 up to his death, and also to Edwin Pond Parker II from 1917 to 1928. She kept Edwin’s surname after their divorce and four years later met Alan, an actor more than a decade younger than her who described himself as “queer as a billy goat” yet had an affair with a married woman while wed to Dorothy.

Dorothy outlived both of her ex-husbands and died aged 73. Not only does her legacy live on in her sparkling wit and captivating words, some believe she can also stake a claim to the phrase ‘Friend of Dorothy’. This slang expression for an LGBTQ person has also been attributed to Judy Garland and the Wizard of Oz, however the jury is out on whether it could also refer to Ms Parker. With her social circle largely comprised of gay men, it was said “Friend of Dorothy” was the code phrase uttered to gain entry into her lavish parties.