Having lavish locks has been a major preoccupation for the human race since homo-sapiens got the bright idea to stand upright. The theory is that our ancient forebears got so over their hair dragging on the ground while they crawled about like apes, they simply decided to get about on two legs and start hunting for ways to make their tresses more attractive. It goes a long way towards explaining why in this day and age we can’t let the idea drop, with hair salons everywhere and more ways to treat ‘dry hair’ than there are hairs on your head.

Certainly, the intervening years have been interesting for hair, too, with all manner of exciting and dangerous treatments created to help us maximise volume, increase shine exponentially and stave off the dreaded ‘breakage’. So isn’t it fun to press ‘rewind’ on the whole thing and have a look-see at just what good (and bad) products used to pass for ‘on trend’ in the ancient days?

Back in ancient Egypt having hair could be hot or not, depending on the millennia you were born in. Shaving it all off was sometimes the fashion, but when growing it was ‘in’, braids were the top look. Caring for your hair was a serious matter, too, with henna applied if you happened to be going grey, or wigs made of someone else’s surrendered strands if baldness set in. Cleopatra herself was a fan of the hair mask, trying castor and olive oil blends as well as honey on her crowning glory. This hair trend has stood the test of time, with olive oil still a top treatment for damaged tresses. 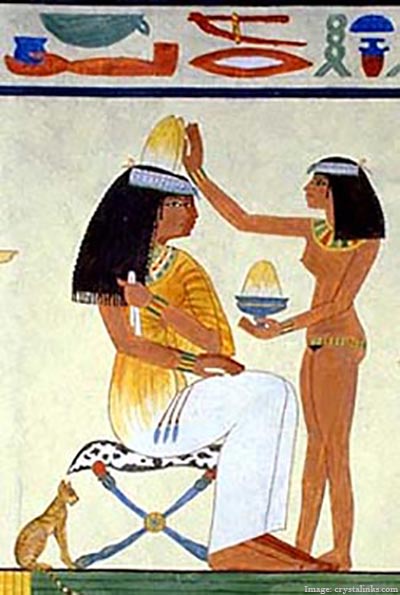 Another famous queen, Elizabeth I, was at the forefront of hair care trends during her reign. Famous, (amongst other things), for making the carrot top cool, Elizabeth I liked to pluck her hairline into a receding arch, emphasising her wide forehead. Decorating her frizzed pompadour with jewels is the first recorded instance of bedazzling in history! 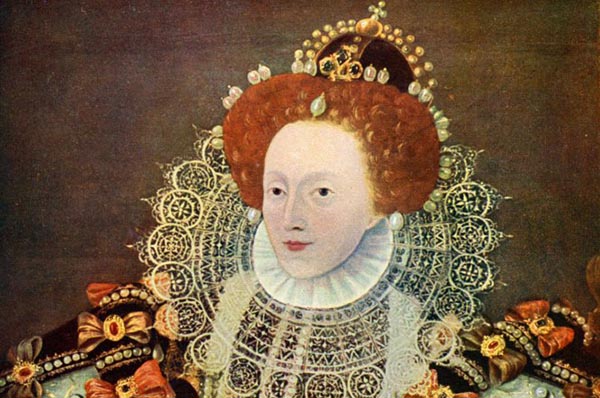 Later, Marie Antoinette, another monarch with a mane to die for, was a fan of the elaborate up-do, using oil and a heavy dusting of rice or corn flour to create a grey-tinged coif. Her hairdresser, Leonard, came once a week on a Sunday to freshen up her style. But while her fabulous ‘hair toppers’ (think ships sailing on a frothy sea of grey curls) looked good, it meant her hair was under constant strain. She ended up cutting it short several times during her lifetime to give her follicles a well-earned break. Something Debbie Harry did after too many run ins with the peroxide bottle. 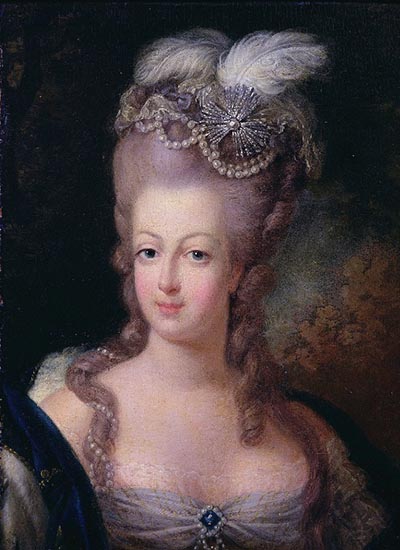 Now, all this might lead you to believe that there was a whole lot of hair washing going on to get out all the oil, flour and decorations. Not so! Even though hair has been doused with all manner of products over through the ages, washing hair was not the done thing for most people in the West prior to the start of the 19th century. Instead of a good wash, hair would be brushed nightly to coax oils and dirt out, then braided and styled in the morning.

Meanwhile the ancient Eastern practice of washing the hair with fermented rice water seems to have passed Western folks by - until now. Credited with giving hair strength and shine, this age-old treatment seems to be gathering traction in the modern day, with loads of fans signing on to use this genuinely good hair care idea. Ah, the wisdom of the ancients!