Footy is so embedded in Aussie culture that it's hard to think of a time when it didn't exist. Long before the Western Bulldogs had the ultimate underdog win at the 2016 AFL Grand Final, even before Angry Anderson belted out 'Bound For Glory' at Waverley Park, Australian rules football had already been around for over a century.
Here are some key moments from the AFL's history:

The game is born 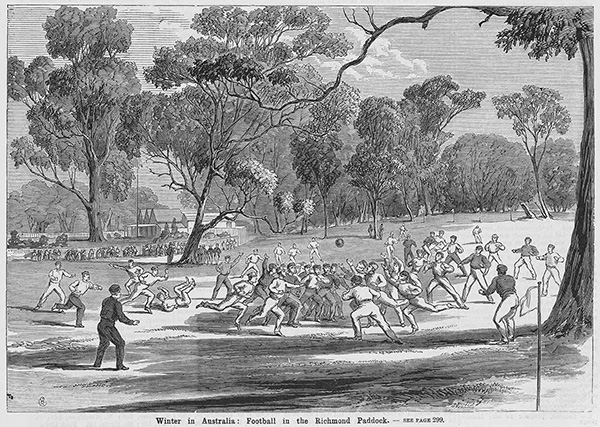 Footy has been traced back to 1858, thanks to a chap named Tom Wills, a cricketer and rugby player who was keen to find a winter-time sport. Tom's letter to a magazine called 'Bell's Life in Victoria and Sporting Chronicle' reads as such:

Now that cricket has been put aside for some few months to come - why can they not, I say, form a foot-ball club, and form a committee of three or more to draw up a code of laws?
With the help of his chums, Tom did exactly that. The first footy match which was held at Richmond Paddock (fittingly, the oval was opposite what is now the MCG). These initial matches were a bit shambolic, so the following year the rules were clarified: shin kicking was verboten, as was tripping or pushing your opponent. The ball could not be thrown under any circumstances. 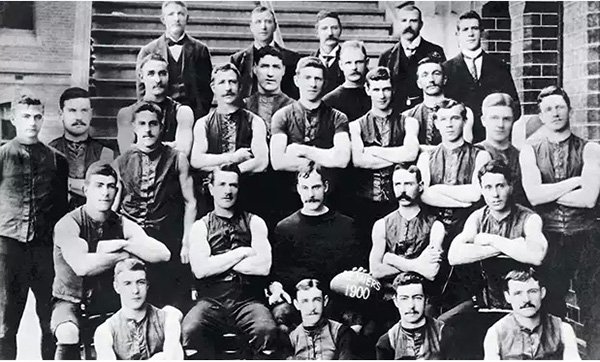 Tom founded the Melbourne Football Club on 7th August 1858 and was appointed captain. The Geelong Football Club was formed the following year, with Carlton coming along in 1864 and North Melbourne in 1869. During this time the rules of the game were updated and official competitions started taking place.

Establishment and development of the VFL/AFL

The Victorian Football League was established in 1896 out of the Victoria Football Association, and it became the leading senior football body.

Remember that crucial rule of not being able to throw the football? The VFL decided to do a 180 on this, legalising it (as long as the throw was underarm with both of the player's hands at shoulder height). Rule changes such as this improved the speed of the game. A series of finals culminating in the Grand Final was also the VFL's idea - previously the season's winner was the team who'd accumulated the most points throughout the year.
In 1990, the VFL was renamed the Australian Football League to reflect the game's wider reach across the country. 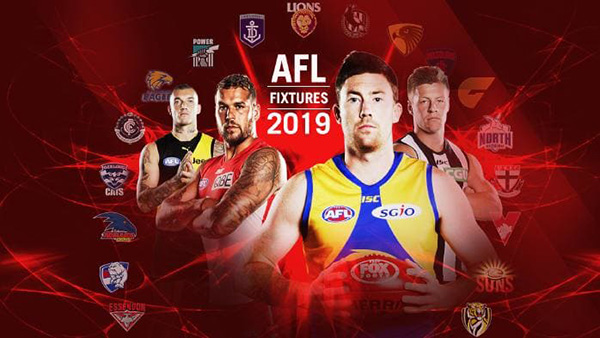 The South Australian Football Association was actually formed in 1877 before the Victoria Football Association (by just a few days). Yet it would take until 1991 for Adelaide to enter the AFL. South Melbourne relocated to Sydney in the early 80s, and later that decade the West Coast Eagles and Brisbane Bears (who merged with Fitzroy to become the Brisbane Lions in 1996) would also join the league.

Since then other teams across Australia have also joined the AFL, although controversially Tasmania is still not represented. A Tassie team may well be on the cards, with the Tasmanian Government planning a 2026 debut - 156 years on from that first footy game at Richmond Paddock.