Do you remember pulling on your go-go boots to hit the club, or teetering on a pair of platform sneakers? Did you always have a penny on you thanks to your nifty loafers, or could you always be heard coming and going thanks to your heavy clogs?

There were many iconic shoe trends in the last century, so put your feet up and reminiscence about the footwear choices of yesteryear… 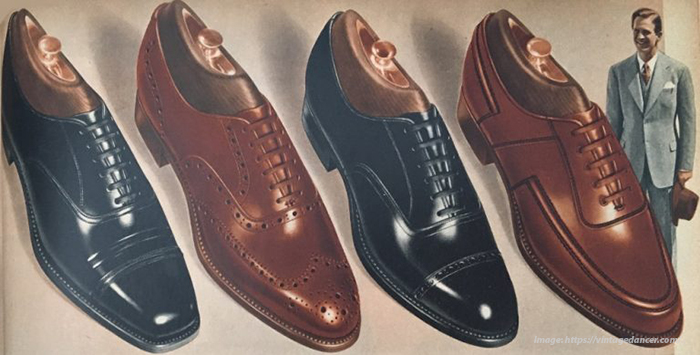 The shoe of choice for both men and women, Oxfords were a sensible yet snazzy leather shoe perfect for the office, dancefloor or country club. Also known as ‘Balmorals’ (after Scotland’s Balmoral Castle), these lace-up shoes were most commonly available in a sensible brown or black. Oxfords have stood the test of time and are still considered trendy today, with a greater variety of colours and materials (canvas! suede! vegan leather!) now available.

Speaking of sharp shoes, you couldn’t gaze downwards in the 1950s without noticing a pair of Penny Loafers. While they originated from Norway in the 1930s, their appeal spread (particularly to the US) in the 50s. The shoe of choice for the dapper gentleman! Originally called the ‘Weejun’ by the shoemaker, this loafer got its name after it became a trend to place a penny in the diamond cut-out at the top of the shoe. Despite pennies not buying much these days, these shoes remain a popular choice of footwear.

Go-go boots entered the scene in 1964, being named after the go-go dancers who would sport these sultry mid-calf white boots. With a low heel, the boots were perfect to bust a move in, although their popularity extended well beyond the dancefloor – they were even part of Southwest Airlines’ official stewardess uniform in 1968. With a black go-go boot-clad Nancy Sinatra singing ‘These Boots Are Made for Walkin’, these were all the rage in the mid-late 60s. 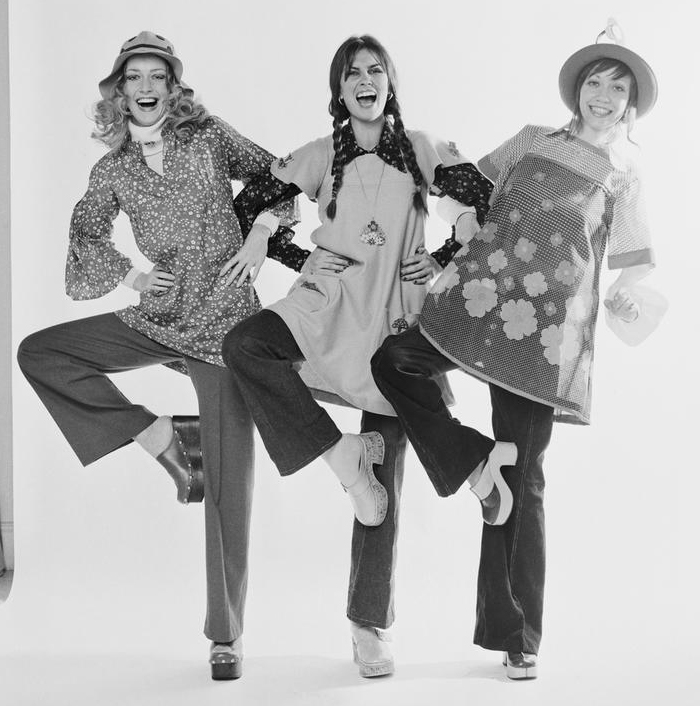 As you’d expect, clogs originated in Europe, with the oldest surviving wooden footwear (believed to be from between 1230 – 1280) found in the Netherlands. Clogs got embraced across the world in the 1970s, with women, men and children enjoying the ease of not having to tie laces or use a shoehorn. These sturdy wooden shoes were often paired with bell-bottom jeans or peasant-style smocks – quite fitting really, as clogs were also the shoe of choice for actual peasants back in the day. 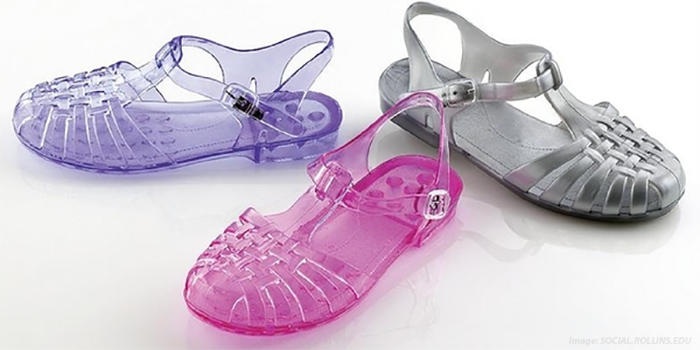 Jelly shoes were the Crocs of the 1980s – ultra comfy and squishy, they came in lots of different colours (the glittery ones were the coolest). As cute as they were, there was nothing nice about the stench they created on a summer’s day, with PVC plastic + tootsies + hot weather = sweaty and smelly feet. They have found a small resurgence in our current times, although many of these converts have been pairing them with socks … a safer option. 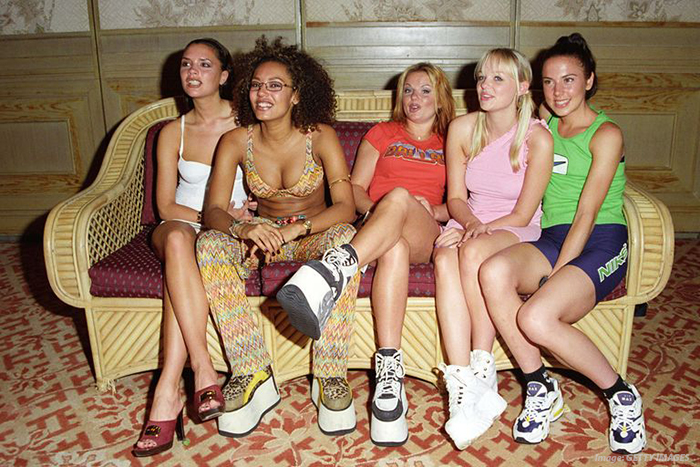 While platform shoes were invented way before the 1990s (the Ancient Greeks used them to make actors taller for theatre performances, and 18th century Europeans were said to wear them to avoid the dirty streets), there’s no doubt that they peaked during this period. Thanks to Spicemania, the shoe of choice for the Spice Girls became a massive trend for fans as well. Or maybe just fans of walking precariously on foam. Podiatrists weren’t impressed though, with reports of serious angle injuries increasing due to the popularity of these mammoth shoes. They’re back in fashion, no doubt providing a boost to podiatrists’ businesses.