The news that foosball, poker and pole-dancing have been given ‘observer’ status for the next Olympic Games – the first step to eventually becoming Olympic sports – was greeted by indignation, sniggers and cries of disbelief. But let’s put this in perspective. Olympic history is filled with events that seemed like a good idea at the time, and now seem faintly ridiculous. Also: trampolining.
Here’s a rousing parade of Olympics bloopers – or, depending on your point of view, the quirky bits that make the whole thing more interesting. 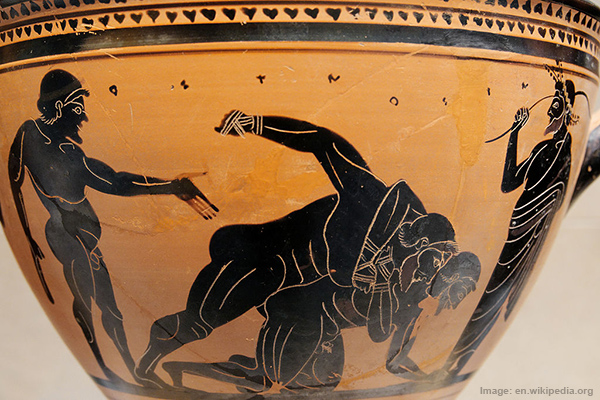 The Ancient Greeks think we’re a bunch of wimps

While any ancient Greeks time-travelling to catch the Olympic pole-dancing events of the 2020s may be flummoxed (they’d be taken aback by women competing, for a start), we’d have similar problems if we popped in to the original Olympics. The nudity would be novel, but it's the mortality rate that would be the real shock.
Apart from the chariot races, with their frequent deadly crashes, there was the kalpe, a race that started with the athletes on horseback, but jumping off after a few laps to finish the race running alongside their galloping horses, trying to avoid being trampled to death.

By far the most brutal of ancient Olympic sports was pankration, a one-on- one fight with only two rules: no eye gouging, no biting. Everything else – strangling, hair-pulling, throat-punching – totally above board. One fighter was known for breaking his opponent’s fingers at the start of the match to gain an immediate advantage. One match ended when a fighter ripped the entrails out of his opponent with his bare hands; another where the winning fighter forced his opponent to concede by twisting his ankle from its socket, he himself dying in the process. His corpse received the victory crown.It’s a long way from mixed doubles badminton. 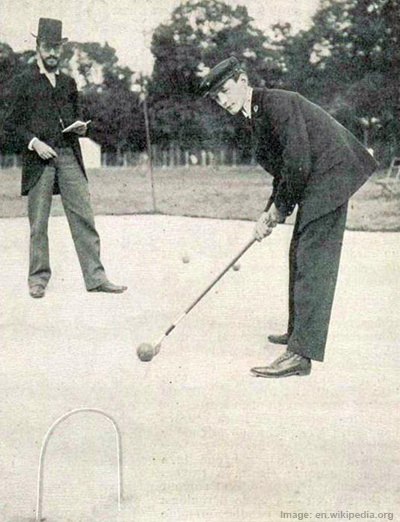 The Modern Games get off to a weird start

Starting in 1896, the Modern Olympics, while thankfully free of death sports, suffered a few misjudgements. Taking out the gold for ‘Whose crazy idea was that?’ (and perhaps in twisted homage to the gory ancient Games) is live pigeon shooting, held for the one and only time at the Paris Games of 1900 in a bloody spectacle that saw over 300 birds shot out of the sky. (Clay targets were used in subsequent Games).

The 200m swimming obstacle course, held the same year, was another oncer, although it seems like fun – competitors, contending with the river Seine’s strong current, had to climb over a pole, scramble over a row of boats, and swim under another row of boats. The winner, Aussie Frederick Lane, also won the obstacle-free version with a time only 13 seconds slower, for which he inexplicably won a 50-pound bronze horse instead of a medal.

Other early failures included croquet – podium-topper for ‘feyest Olympic sport ever’ – which also made its one and only appearance at the radically experimental Paris Games, watched by an audience of one Englishman and won by the French, who were the only competitors.

While the early days saw quite a few duds, the Olympics has a long and proud history of introducing new events and then un-introducing them in super quick time. The ‘My Sharona’ award for greatest Olympic one-hit wonder has to go to roller hockey (yes that’s hockey on roller skates), which, appearing in 1992, missed the heyday of roller skating by at least a decade, perhaps the reason for its rapid axing.

The silver goes to dancing on horseback (okay, it’s really called ‘equestrian vaulting’) which made its sole outing in 1920 – undeniably impressive, it’s probably more at home in a 1940s circus movie than at the Olympics. And taking the bronze is the 100m freestyle for sailors – yes, only for sailors – at the first Modern Olympics in 1896. A sentimental favourite. 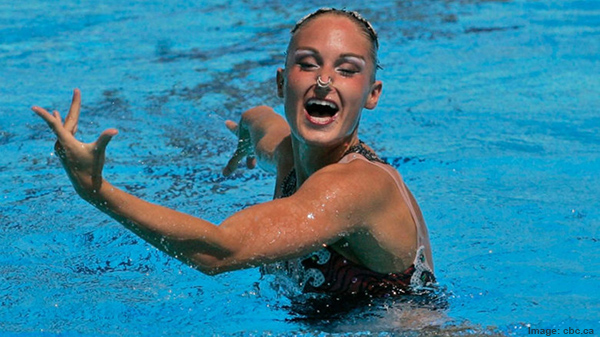 To the foosball naysayers, we have three words: tug of war. Introduced at the whacko Paris Olympics of 1900, this surprisingly non-deadly transplant from the Ancient
Olympic schedule was an event through until 1920. Motor-boating (yes, driving a speedboat round and round a lake) was a once-only event in in the 1908 London Games, after which it was justifiably nixed for lack of athleticism. You thought rope-climbing was only for firemen and actors in boot-camp scenes? No: an event from 1896, this ‘sport’ had a relatively honourable run until it was knocked out after 1932. Its finest moment was at the 1904 Games when US gymnast George Eyser won, despite having a wooden leg.

And the gold for ‘Most oxymoronic Olympic sport’ must go to solo synchronised swimming, which had three outings from 1984 until 1992 until someone realised that it made absolutely no sense at all.

Not being in the Olympics: not the end of the world

Surfing and skateboarding, amongst others, will make their first Olympics outing in Tokyo in 2020, following the path that snooker and pole-dancing aspire to. But will they
be future ‘My Sharona’ award contenders, or in for the long haul? They need not fear; not making it as an Olympic event is hardly a kiss of death. Cricket, for example, only ever appeared once, at the best Olympics in history: Paris, 1900. (There were two teams: an English team and a French team, made up of staff from the British Embassy. England won.) It has gone on to find some success.

And even if they do get booted, that’s not necessarily the end of the story. Both golf and rugby have staged comebacks – both were there in 1900 (of course), then golf was dropped after 1904 and rugby after 1924, both to be reinstated for the 2016 Rio Games.
So there’s life – and sometimes even Olympics – after the Olympics. Even for tug of war.