Consistently voted the world’s most liveable city, Melbourne is also apparently the place to be for the undead as well. Many local landmarks have had ghost sightings, so next time you’re at one of these iconic Melbourne spots, keep your eyes peeled and your nerves in check. 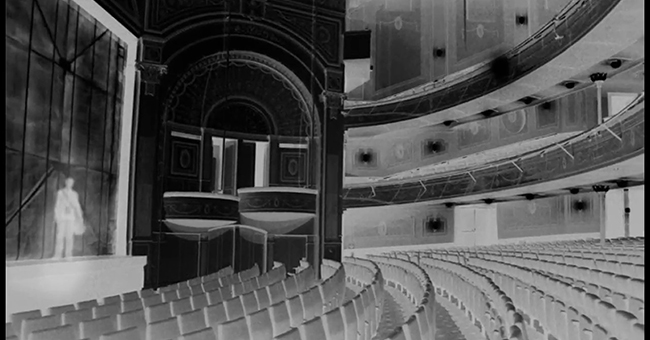 A theatre without a resident ghost is like chips without salt – disappointing and unexpected. The Princess Theatre doesn’t let us down however. Being the longest-running continuous entertainment venue in the country (having opened its doors in 1854), it’s no wonder there’s a ghost or two flitting around the spacious theatre.

With several ghost sightings throughout the years, the Princess Theatre’s very own phantom of the opera is believed to be singer Frederick Federici. Federici died while performing an opera at the theatre in 1888, experiencing a heart attack while being lowered from the stage and into the basement. The cast were apparently unaware of his demise during the show and said that he had been onstage with them, taking his bow at the end.

There have been numerous reported sightings of Federici’s ghost over the years by performers and staff. Rather than trying to expel him from the theatre, it was tradition to reserve him a seat in the theatre’s third row so he could watch performances amongst the audience (rather than creeping around). 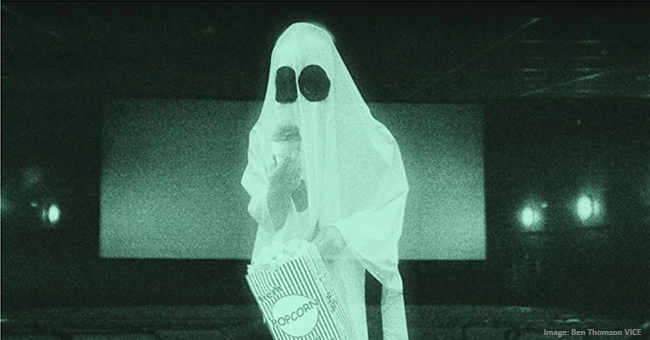 If the thought of being seated next to a ghost is enough to deter you from the theatre and into a cinema instead, you may want to steer clear of many of Melbourne’s finest movie houses. Carlton’s Cinema Nova opened in 1992 and is one of Australia’s biggest independent cinemas. Catch a movie at Nova and you could also be audience to the ghost of a young girl. Check your ticket stub to see if you’ll be watching your film in Cinema 4, as that’s where she’s been spotted, running down the aisle.

Figure a safer bet is to catch the film at South Yarra’s Village Jam Factory instead? Avoid Cinema 4 there too, as this is also believed to be haunted. Sightings of ghosts of a cigar-smoking older gent and a giggly girl have been reported.

And you may want to avoid Cinema 4 at Rivoli Cinemas in Hawthorn East, as this too is said to have its own ghost. Perhaps avoid all Cinema 4s across the city if you have phasmophobia (a fear of ghosts), just to be on the safe side. 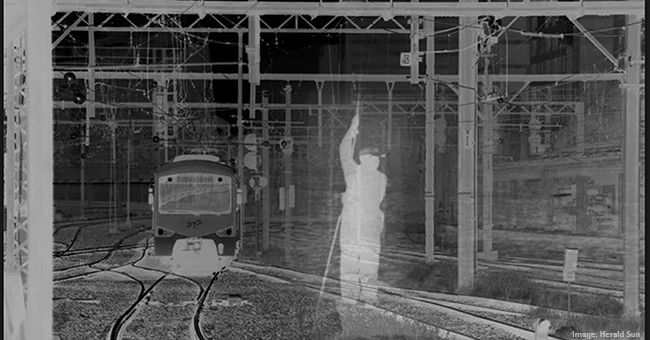 Flinders Street Station is a Melbourne icon, a central hub for trains coming and going across the city, as well as being a popular meet-up place (‘meet you under the clocks!’). The station’s earliest incarnation was as Melbourne Terminus, opened in 1854, and in the early 1900s it became the building we now recognise.

If you’re at the station late at night and heading along the Williamstown, Werribee or Flemington Racecourse lines, look out for a ghost nicknamed George. The ghostly fisherman is said to visit platform 10 and has been spotted by staff and train travellers. It’s said that he gazes out towards the Yarra River, clutching his fishing rod. There’s a theory that George may have drowned in Yarra, but who he is exactly and why he wants to spend his afterlife waiting for a train is a mystery. 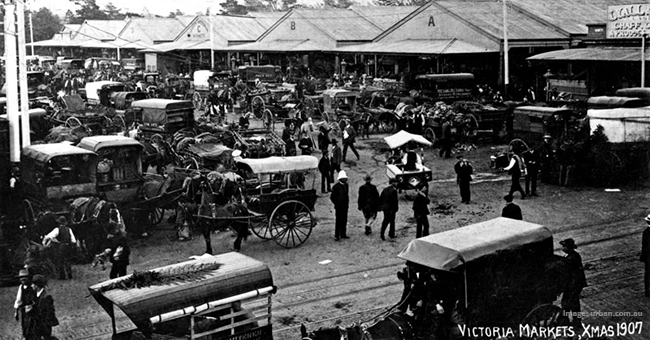 On its busiest days it’s difficult to make out much around you at the bustling Queen Victoria Market. The largest open air market in the Southern Hemisphere, the Queen Vic is the place to shop if you don’t mind crowds – or ghosts. Next time you’re shouting for a börek or buying a slab of cheese, pay attention to your fellow shoppers – they might not be as they seem, for it has been said that numerous ghosts haunt the market, including a trio of bushrangers.

It’s not surprising that the Queen Victoria Market would have its share of ghouls, as the land it was built on (back in the late 1860s) was home to the Old Melbourne Cemetery. Approximately 7000 early residents of Melbourne were laid to rest in this graveyard, and while almost 100 bodies were relocated to other cemeteries, their ghosts may well have stayed put. Something to ponder while you queue up for your hot jam donut, wondering if the cold breeze on the back of your neck is the wind, or something else…