Rumour has it that the woman who was said to have a face that could launch a thousand ships had a beauty spot between her eyebrows. And apparently Cleopatra looked less like Elizabeth Taylor and more like a severe woman with hollow eye sockets, thin lips and a pointed chin. Are these just the pitfalls of having your image recreated in marble and on silver coins rather than through modern technology? If Helen of Troy and Cleopatra were on Snapchat, would they have adopted some of the early cosmetic surgery procedures developed in their time to keep their fans happy?

Plastic surgery means to reshape body tissue for reconstructive or aesthetic purposes. The term derives its meaning from the Greek work plastikos, meaning to mold. Those other famous ancients, the Egyptians, developed many techniques that continue to have resonance today in the practice of plastic surgery.

Most of the techniques were practised on the dead as Pharaohs and Queens were prepared by their underlings to look their best for the afterlife. Methods were often used to accentuate the deceased’s prominent features, such as having small bones removed from the nose and seeds inserted under the skin as a primitive form of rhinoplasty to ensure the nose kept its regal prominence. It is also said that Queen Nunjmet had bandages stuffed in her cheeks and in her belly to hold her pre-death form. No one wants to enter the afterlife with saggy bits. 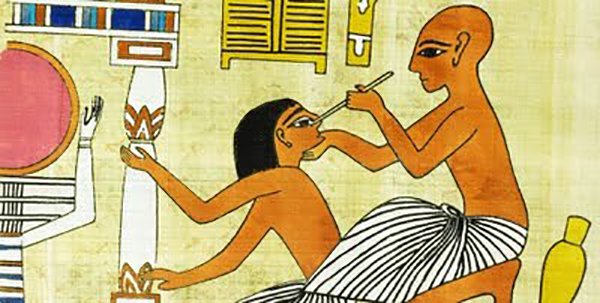 Ancient India and the birth of plastic surgery

India is regarded as the real birthplace of plastic surgery, with the first recorded procedures written in ancient Sanskrit. Indians sought help from surgeons to repair noses and ears damaged in battle (oh, as well as those ears chopped off the heads of adulterers!). Sushruta was an ancient Indian surgeon. He may not have driven around in a Porsche and had celebrity clients but he did make world-changing contributions to the field of plastic surgery with his techniques in 600 BC. The most tried and tested method was the fold-a-flap-of- skin approach (it probably has a more scientific name than that). It basically involved taking a slice of skin from a cheek or elsewhere on the body (you know those spare bits of skin people have hanging around…), giving it a little twist and attaching the other end to the forehead. And, hey presto, a new nose!

But just in case you are shocked by the primitive nature of the whole procedure, the finishing touch was a sprinkle of licorice powder and sandalwood. Who could ask for more? 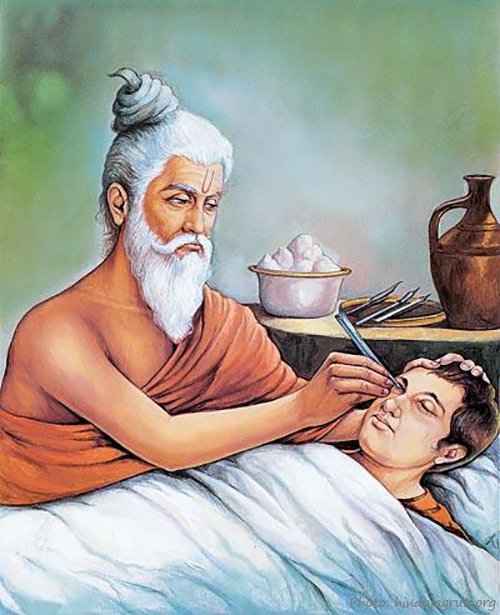 A Roman bath and a nip and tuck

The Roman equivalent of Instagram was probably the Roman bath scene. It was where the body beautiful was either celebrated or subjected to ridicule. Rather than parade imperfect bodies in front of their fellow bathers, early Romans opted for quite advanced plastic surgery. Early histories suggest that popular procedures included removing scarring caused by whipping and broken noses in the Gladiatorial battles, as well as breast reductions for those suffering obesity.

These plastic surgery techniques used in 1 BC and in ancient India paved the way for modern celebrities to sculpt and shape themselves to meet the ever changing beauty standards of our time. We bet everyone from Joan Rivers to those Kardashians are happy that anaesthetics have since been invented though. The pain of early procedures might well have put them off putting those implants in all those crazy places. 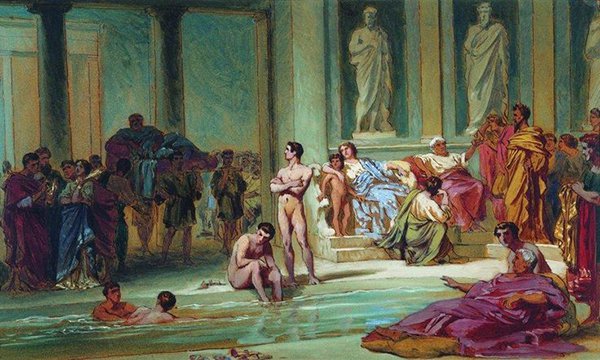