Almost as soon as humans stopped their nomadic wanderings and settled down in one spot for a while, we’ve been making gardens. The first were forest gardens, cultivated by prehistoric families identifying and protecting useful plants and weeding out non-useful ones. The enclosure of outdoor spaces is thought to have begun around 10,000 BC, as people began building barriers to keep out animals and unwelcome visitors. And now that they had this nice, fenced, outdoor space, it wasn’t long before they started pimping it up. 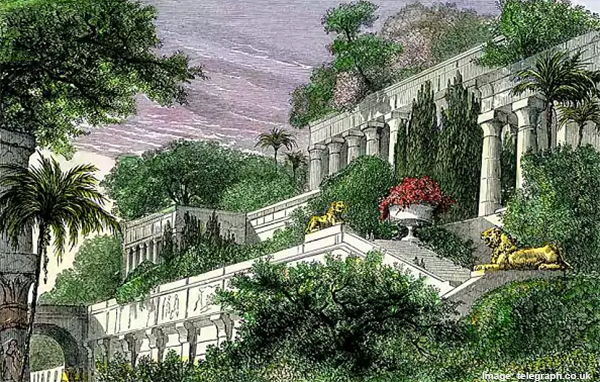 Wealthy people were soon cultivating gardens for purely aesthetic reasons, and some of the most avid gardeners were the Mesopotamians (the ancient name for what is now Iraq). Mesopotamia lays credit to two of the most important gardens ever: the Garden of Eden and the Hanging Gardens of Babylon. While the former is mostly viewed as mythological (respectful apologies to all the Creationists out there), if it did exist, most scholars agree it would have been in Mesopotamia.

As for the Hanging Gardens, the jury is still out. It’s the only one of the Seven Wonders of the Ancient World for which a precise location has not been established. Reputedly built by King Nebuchadnezzar around 600 BC for his wife Amytis, they were (allegedly) spectacular: a series of multi-level terraces supported by baked brick columns, planted with large trees and plants that cascaded down, giving the effect of a lush mountain landscape, seemingly hanging in mid-air. Amytis was originally from a mountainous region, it’s said, and was homesick; Nebuchadnezzar wanted to cheer her by recreating her homeland. So romantic! 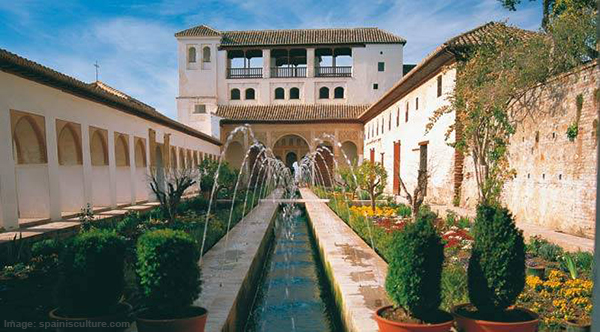 The Persians (who took control of the Middle East after the fall of the Babylonian Empire around 600 BC) continued with the grand gardening tradition. Their idea of creating a ‘paradise on earth’ echoed the old Garden of Eden idea, but in more practical terms, the Persian garden was a way to escape the harsh, arid landscape of the Iranian Plateau. Trees, trellises, pavilions and walls were employed as sun blocks; water, both running and still, was always present.

Persian garden style was spread far and wide via conquests and reconquests throughout Europe, the Middle East and beyond through the first thousand years AD. Pitch-perfect descendants of Persian garden ideals can still be seen today in the Generalife at the Alhambra in Grenanda, Spain (Moorish); and the garden at the Taj Mahal in India (Mughal). 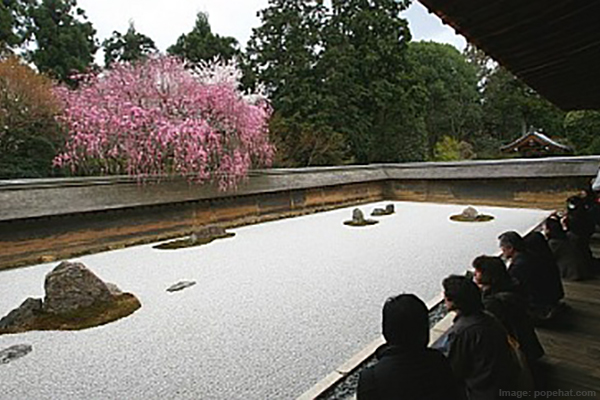 It’s all about nature: the Japanese garden

It’s said that Japanese gardens, inspired by Shinto spiritual connection with the land, try to capture the innate, simple beauty of nature. But that’s not to say they’re necessarily ‘natural’. The promenade gardens of the Edo period of the 17th to 19th centuries were made for strolling, and often included reproduced vistas of famous natural landscapes, literally swiped from postcards – you might catch a glimpse of ‘Mount Fuji’ on your garden walk, or a scene from a Taoist legend.

At the other end of the scale is the Japanese rock garden. One of the most famous, Ryoan-ji in Kyoto, is just 9 meters wide and 24 meters long, composed of carefully raked white sand and fifteen rocks, carefully arranged like small islands. Not made for idle admiration, its lack of distracting ornamentation is meant to inspire meditation, and help the viewer get zen. 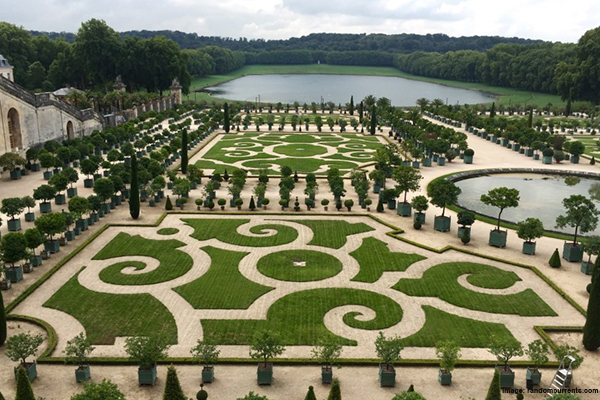 The rise and fall of the French formal garden

Do you have a picture in your head of the famous gardens at Versailles? That’s zenith of the French formal garden. Designed for Louis XIV in the late 17 th century by André Le Nôtre, the Jamie Durie of his day, the palace gardens’ precise geometry, slick and unnatural topiary and vanishing perspectives are as much about philosophy as botany. The straight lines and grid-like patterns were based on the new mathematic theories of René Descartes (also famous for ‘I think, therefore I am’).

There was certainly some monarchical hubris involved: these ultra-ordered gardens were the ultimate expression of how the king’s authority and wealth could triumph over nature. Of course, less than a hundred years later, his great-great- grandson would painfully discover that the king could not control everything after all – least of all, his subjects. 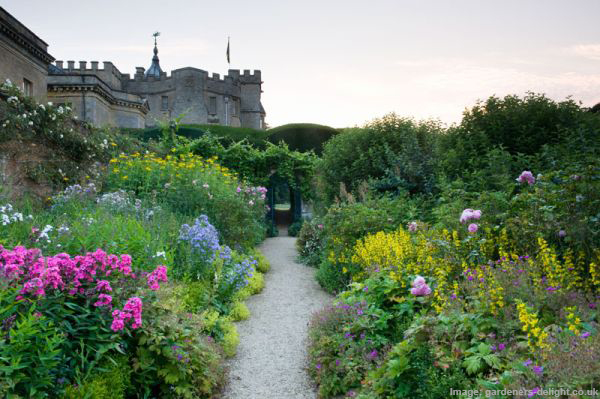 Back to nature: the English landscape garden

It was perhaps as a reaction against this mathematical approach (and the terrible fate of the French monarchy) that the next big trend in gardening was the picturesque, or English landscape garden. These far less manicured gardens responded more to the topography of the site, and had a wilder, untamed quality. Sometimes, architectural follies like fake Gothic ruins or Roman gazebos were added for romantic interest. In fact, this style was inspired by the Romantic movement in painting and literature coming to prominence in the 18th century, which glorified the natural world – Wordsworth’s field of daffodils basically sums up the landscape garden.

Now we were well on the way to a revival of the cottage garden style – a (carefully arranged) hodge-podge of plants, both edible and ornamental, depending on grace and charm for its impact rather than grandeur and formal structure. No maths here, but a comfortingly pretty space with the allure of haphazardness. Maybe not that far from those very first, forest-garden inspired enclosures of our distant green-thumbed ancestors.