It doesn’t matter what vintage your birth date claims: in your mind’s eye throw up a picture of gardens you’ve known back through your family tree and what do you see?

Along with ranks of hydrangeas along the back fence and potted Daphne by the door, chances are high that you’ll remember rhododendrons, camellias, clematis and jasmine. These domestics staples are so familiar, you’d be forgiven for thinking they’ve been around for centuries. In fact, many of these perfumed perennials are relative newcomers to our flowerbeds.

The man we need to thank for introducing these much-loved blooms was an intrepid Scot who went by the suitably verdant name of George Forrest (1873–1932).
In his role as a herbarium expert at Edinburgh’s Royal Botanic Garden, Forrest made seven expeditions to China’s most biodiverse province, the remote, mountainous region of Yunnan in the country’s southwest. One-eighth of the world’s plants grow in China, and Yunnan is the country’s floral treasure trove.
<a></a> 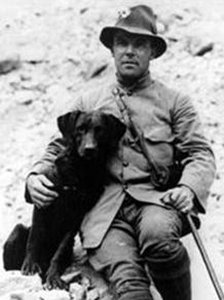 George Forrest set off on his first excursion to the Tibetan borderlands at the tender age of 31. Twenty-eight years later, the prolific plant collector died twelve months into his final specimen-seeking expedition, near his base at Tengyueh in Yunnan.
Travelling by paddleboat, mule and on foot (and on one occasion having to flee for his life from murderous Tibetan lamas!) the plant-hunter extraordinaire discovered more than 1200 species over the course of his expeditions. He sent more than 31,000 specimens and seeds back to Edinburgh for identification and naming, with the result that more than 30 genera now include his name. 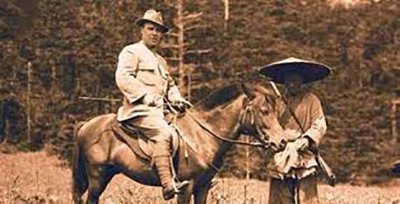 Yunnan is famous for its mountainsides bristling with splendid rhododendrons, and Forrest is known as the greatest rhodo collector of them all. The plant-obsessed botanist didn’t limit his collection to rhododendrons though, although he did introduce 300 new species. He discovered what is now one of the world’s most popular camellias, the curly-petalled C. reticulata, and we can also thank him for introducing the lily of the valley bush, poker primula, ornamental garlic, conifers, buddleias, anemones, asters and cotoneasters. 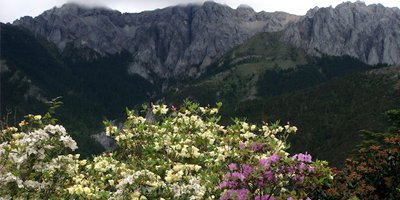 These days many winter-flowering camellias and shade-tolerant rhododendrons have been replaced by water-wise natives and low-maintenance succulents, and jasmine is considered a weed by some local councils. But there’ll always be a place in our hearts for these reminders of gardens from our past.
And as Joni Mitchell wrote and CSNY sang, we’ve got to get ourselves back to the garden! So next time you’re removing errant primulas from your herbaceous border, or gathering armfuls of camellias and rhodos, spare a thought for the audacious plant collector George Forrest, dubbed by posterity as Scotland’s Indiana Jones of the plant world.
And when you come across potted-up selections of rhododendron forrestii or iris forrestii at your local nursery, you can nod your head sagely and know that you’re furthering the legacy of this pioneer botanist as you add more of his namesakes to your garden.