The art of man-scaping isn’t a recent occurrence. We all know that. Since man first exited the cave, he has had an eye on personal grooming. And while some spend more time thinking about it than others (we are looking at you Neanderthal man), the history of male grooming is no less fraught than the path trodden by their female counterparts.

Ancient Rome saw the introduction of the barber. Up until this time, many men wore their hair shoulder length and wealthy men in Roman society had slaves who would perform hairdressing services for the (literal) head of the household.

When Caesar came to power, the Roman barber (no doubt a hipster of the Roman age) was in full swing as Roman men lined the streets wanting to emulate the cropped cut of the Emperor. And what a dashing look it was with a crest of curls brushed forward from the crown to the forehead. The addition of laurel wreaths is said to have helped hide an annoying bald spot. Delightful. 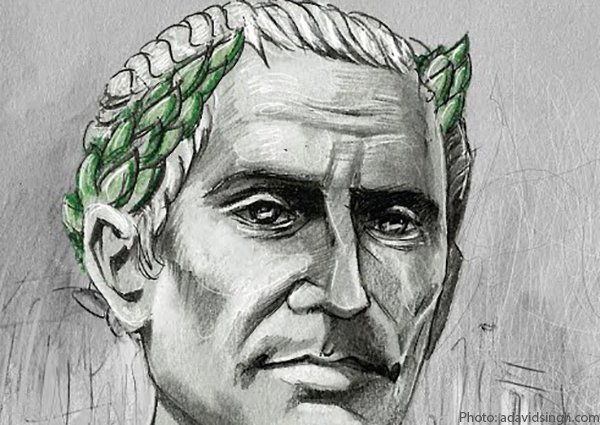 As with all things, if it was good enough for the Roman’s, it was certainly good enough for modern man. And so began the cycle of short, long, curly, straight fashion for men’s hairstyling, dictated by those in the know.

In their constant hunt for the body beautiful, men have tried various things to weave magic around their luscious locks. Take the flowing wigs of King Louise XIII of France and King George I of Great Britain (although, judging from the look on his face, it appears King George isn’t thrilled with his flowing locks). 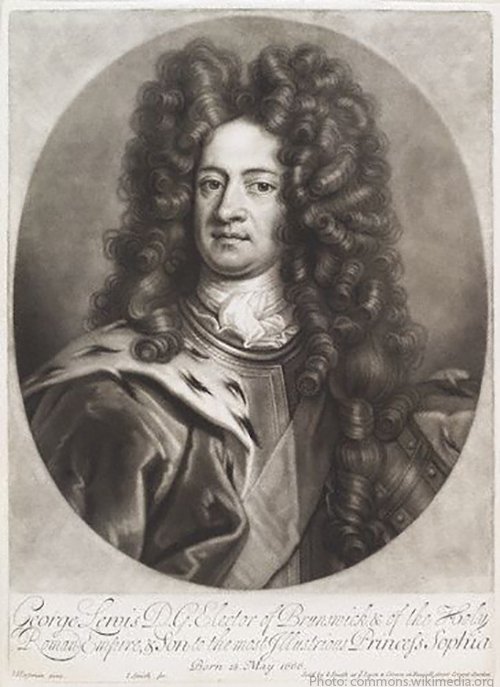 From elaborate wigs, fashionable men moved to powdering their own hair, with some even tying their do back with a delightful, but no doubt manly, bow. As usual though, the tax man got in the way of a good time and, as a protest against the tax on hair powders, men in the 18th century started to adopt the neo-classical look that is the origin of today’s shorter hairstyle.

In the 1930s, men’s hair fashion emulated the movie stars of their time. The slicked back look of Rudulph Valentino was all the rage. But hair being hair, it didn’t always behave as planned. Enter: hair styling products. Pomade and Brylcreem (“a little dab will do ya”) were non-drying wonder products that helped keep that movie-star slick glamour look all day. And by the look of it, Brylcreem also helped pilots keep their hats in place. Helpful on so many levels. 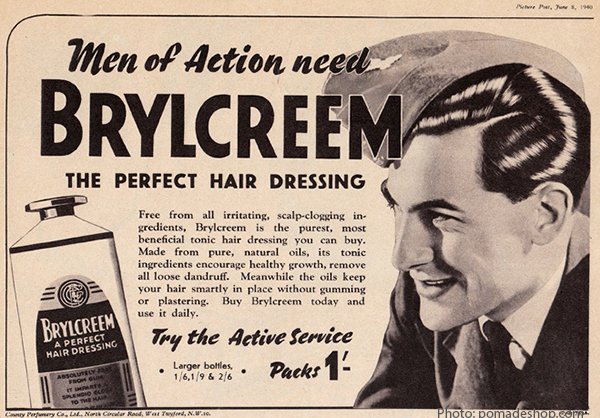 The hippies put an end to all of this pride-in- appearance nonsense in the 1960s and 1970s,
and the mullet had us all confused in the 1980s (“business at the front, party in the back”). 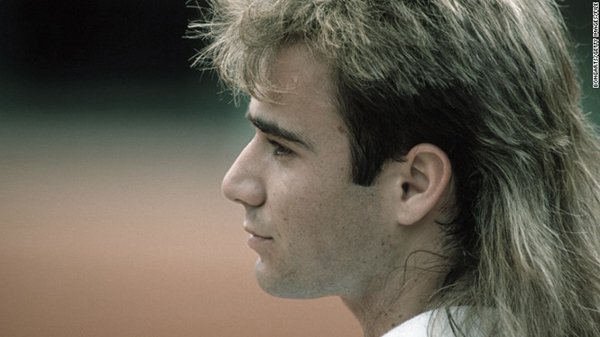 But since the success of the TV hit series Mad Men, the well-groomed man is definitely back in town. And the current collision of the ‘short back and sides’ brigade with the ‘bushranger chic’ hipster beard crowd has seen another rise in the art of men’s grooming. The streets of our cities and towns are dotted with high-end barber shops where men can get a finely sculpted trim, a shave, perhaps a facial and – just in case it all doesn’t feel manly enough – a beer too.