Twisted limbs and swiveling heads, projectile vomit, unearthly growling: those horror movie images are not just the result of someone’s terrifyingly vivid imagination. No: exorcisms are real. Exorcism has been around for centuries, and all the major religions practice some form of the casting out of demons or evil spirits.
But in popular culture it's usually Catholic priests who get beaten to a bloody pulp by the raging demons contained inside the innocent body of a (usually female) young person. ‘The Exorcist’ set the pace in 1973 (becoming a modern horror classic; IMDB score 8/10), and most years sees the release of a more-or-less B-grade addition to the demonic possession film pantheon.
Let’s take a walk down the dark, scary memory lane of the real-life possessions that inspired all those gruesome movie scenes that still give you nightmares. 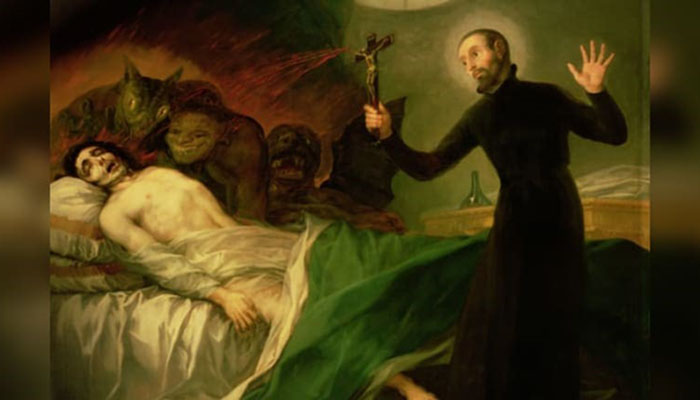 The 1928 exorcism of Wisconsin woman Anna Ecklund is one of America’s most famous, partly because it was recounted in a 1935 booklet by one of the exorcists. The eyewitness account is a shopping list of the demonic possession phenomena we have become so familiar with thanks to the magic of (horror) film: superhuman strength, levitation, blaspheming in a demonic voice, the sudden appearance of hordes of flies in the room. Bingo!

But there were novel disgusting behaviours: Anna urinated buckets of liquid each day and vomited what seemed to be tobacco leaves and spices despite not eating or drinking anything. Her lips grew to the size of hands and her body and head swelled up to such an extreme that people present thought she might explode. The exorcism lasted for 23 days, after which Anna walked away and went on to live a peaceful life. Not such a happy story for the 2016 film of her story, ‘The Exorcism of Anna Ecklund’, which scores a woeful 2.6/10 on IMDB. 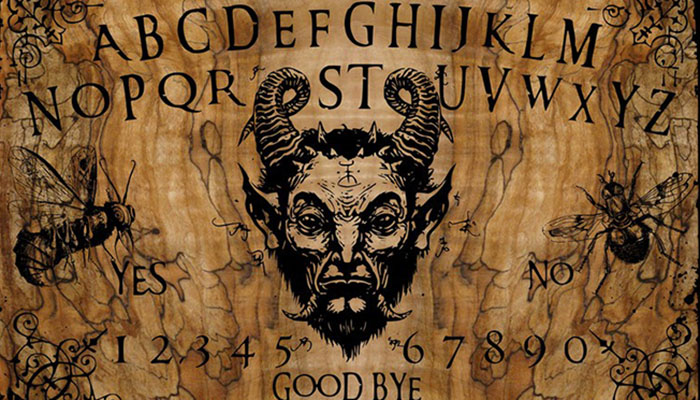 Stay away from Ouji boards! That’s the take-out from this terrifying tale from the 1940s, said to be one of the inspirations for the 1971 book ‘The Exorcist’. After trying to contact his recently deceased aunt using the hellish contraption, strange occurrences started to surround 14-year-old Roland – levitating household objects, vibrating religious pictures, toppling furniture.

Priests were called in and things heated up over the course of multiple exorcisms. Wounds appear from nowhere on Roland’s body, reportedly resembling demonic faces. The priests didn’t escape uninjured either, with one suffering a gashed arm from a mattress spring torn free as Roland attempted to escape his restraints; another copped a broken nose. Nevertheless, both exorcists and possessed walked away more or less back to normal. The 2000 film ‘Possessed’ follows Roland’s story more faithfully than ‘The Exorcist’, but only manages an IMDB score of 5.3/10.

German girl Anneliese Michel’s problems started when she was 16. Suffering seizures, she was diagnosed with a form of epilepsy but medication didn’t help. By 1973, when she entered university, she had begun to believe she was possessed by demons. She compulsively performed up to 400 squats a day, ate spiders, bit the head off a dead bird, licked her own urine from the floor and crawled under a table and barked like a dog for two days.
She convinced a Catholic priest to give her an exorcism, and ended up enduring 67 of them. While the priests tried to banish the demons (Lucifer, Cain, Judas Iscariot, Adolf Hitler, and the Emperor Nero), she broke the bones in her knees from continuous genuflecting and gradually stopped eating. She died of malnutrition and dehydration after 10 months of once- or twice- weekly exorcisms. The priests were charged with negligent homicide and received six-month suspended sentences. The 2005 film ‘The Exorcism of Emily Rose’ (a respectable 6.7/10) is based on her horrific story. 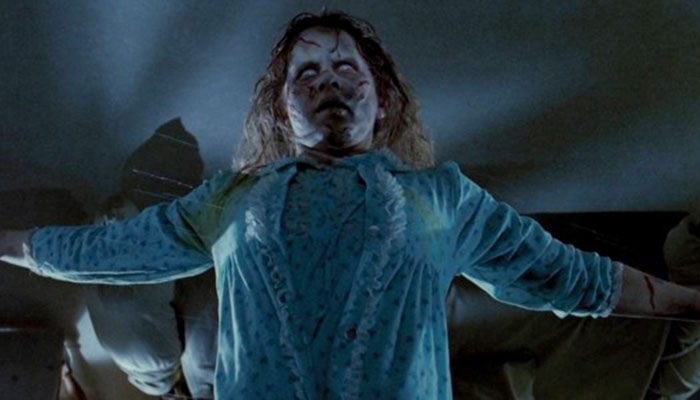 While Anneliese’s story is tragic, it does not qualify as the worst exorcism ever. That dubious honour goes to a 1974 event in West Yorkshire, performed by a couple of Anglican priests, giving the Catholics a much-needed break. Local man Michael Taylor had been behaving inappropriately towards an attractive young fellow churchgoer, according to his wife, and when the local vicar tried to intervene with a simple discussion, Michael smashed some plates and threw a cat out the window.
The ante was upped to an official exorcism – an all-nighter lasting seven hours. At 7am the clergymen went home, congratulating themselves for having banished 40 demons from Michael. Clearly there were some left behind, because when he got home Michael murdered his wife in an unspeakably brutal fashion, using his bare hands and leaving her unrecognizable. He was found wandering the suburban streets naked and covered in blood, repeating, “It is the blood of Satan.” Thankfully, no film has been made of the hideous crime.

If you believe that we’ve left this kind of thing in the past, think again. The 2008 case of ‘Julia’ is noteworthy because the psychiatrist brought in to assess the woman ended up believing this was not a case of psychosis but of actual demonic possession. You could say that the possessed woman was somewhat asking for it, as the high priestess of a Satan-worshiping cult.

The man of science was convinced of the legitimacy of the possession by the inexplicable phenomena that occurred during the exorcisms – the temperature of the room would drop; ‘Julia’ spoke in multiple voices not her own and recounted things she should not have known, like personal details about the lives of those present; she displayed extreme strength, needing six people to hold her down.

Despite her possession, ‘Julia’ refused to leave the cult and presumably settled into co-existence with her demons. The psychiatrist went on to become a possession specialist. Demonic possession, he says, is rare, but real. Be afraid.