The earliest form of beer was known as ‘wet bread’. Sometime around 5000BC, bread was soaked in water until the yeast did its magic: soggy, mouldy and alcoholic. Yum!
Fast forward to the earliest days of European settlement in Australia, and things had improved a bit. Australians have always had a reputation for enjoying beer, and it’s a reputation that’s well founded. In fact, beer was brewed on Cook’s Endeavour; it being safer than the drinking water available on the long journey.
And from the First Fleet on, Australian modern history has been marked by more great moments of brewing history, and just a few strange tales. Here are a few to wet your whistle.

There’s still conjecture about who was first to brew beer in the new colony of New South Wales, with James Squire and John Boston leading the pack. Squire arrived on the First Fleet as a convict, eventually becoming a free man and a landowner. His 1805 Malting Shovel brewery thrived for almost 30 years.
The James Squire beers we can drink now would taste very different to the early, unfiltered and unrefrigerated brews, but history is born out in their names: the popular 150 Lashes beer, for example, refers to the real penalty Squire endured for stealing pepper and herbs when he was a convict.

Two brothers-in- law formed the Cascade business in 1824 and opened the famous Hobart brewery in 1832. The brewery is of course still producing fine, clean and crisp beers (as well as ciders and soft drinks), making it not just our oldest brewery, but the oldest continuously operating manufacturing facility in Australia.
Meanwhile in Sydney, John Tooth opened the Kent Brewery (KB), which operated until 2005 when the Chippendale brewery became a property development. The popular beers (in NSW at least) are still available (Reschs Pilsner anyone?), but they’re brewed in Queensland or Victoria now. The shame!
By this time, smaller-scale brewing had also kicked off in most of the other states across the country. 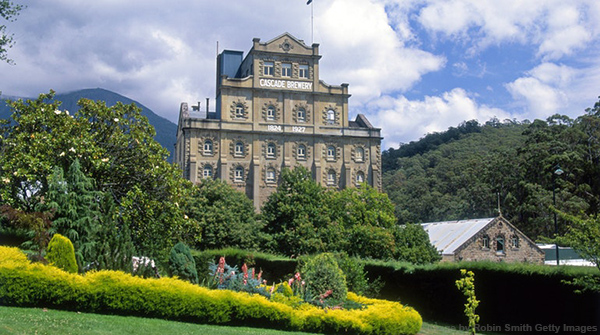 In 1851, when Melbourne town was only 16 years old, The City Brewery opened. Three years later the Victoria Brewery opened nearby, and commenced making Victoria Bitter – the biggest selling beer in Australian history. These brewhouses would later merge with a few others to form CUB, still the biggest brewer in the country.
In the mid-1850s James Harrison invented the first modern refrigerator in the world, in Geelong.
Two years later, he put his skills to good use, making a system to keep beer cold. Another world first for Aussie beer lovers.
By the 1880s, Victoria had more than 120 breweries (for a population of around 800,000), and the Foster brothers had arrived from the US and started brewing lager for the first time in Australia. 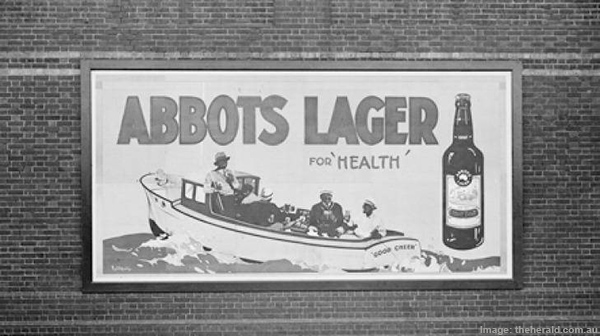 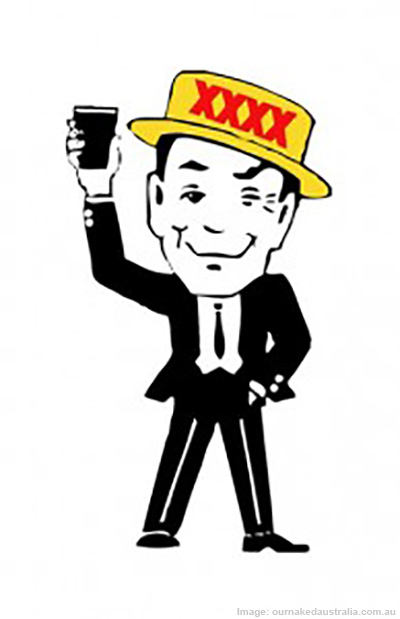 For most of the 20th century, the history on Aussie breweries is one of struggle, takeover, and ‘brewed under licence’ deals, which see beer from one brewery often brewed by a rival brewery. What a world. The biggest breweries of the 19th century still survive – even if they’re mostly owned by multinationals these days.
By the late 1980s, though, a ‘brewpub’ revolution was underway. It’s debatable which was the first in Australia; it might be the George IV Inn, southwest of Sydney, Matilda Bay Brewing in Fremantle, or someone else, but the result has been revolutionary.
Now there are around 400 microbreweries in Australia experimenting with local and imported hops, different grains, and unusual brewing techniques. The movement still represents a tiny fraction of the beer market, but it’s growing … and it’s fun! 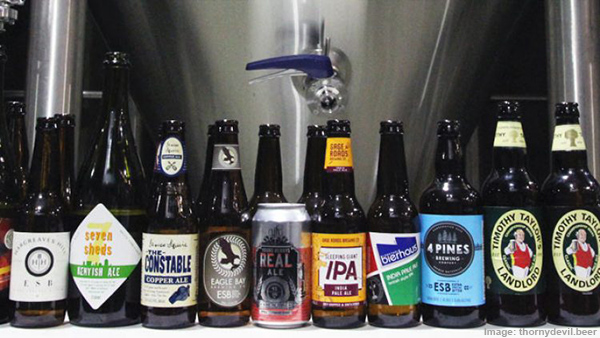 Main Image: cub.com.au
1958 CUB was the first Australian brewer to trial beer in a can with both Foster's and VB. Over 2 million cans sold in the first month