We've all been there – that feeling of irritability and restlessness when we’re cooped up indoors. It’s normal to get on someone’s nerves after spending too long in each other’s faces, but for some it’s an occupational hazard. Explorers, ranchers, astronauts: they’re all prone to cabin fever. 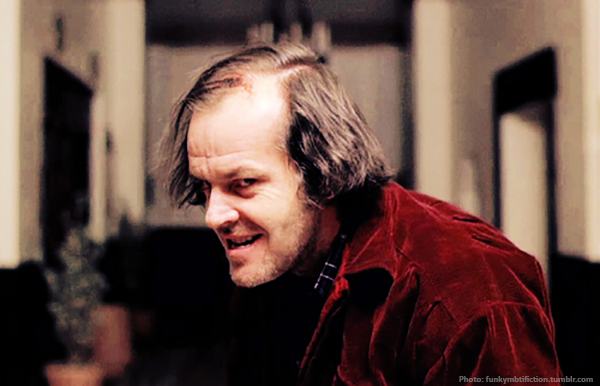 The invention of cabin fever

It’s believed the term first appeared in 1918 in its modern sense (before that, it was a term for typhus). Historians suggest that it described the madness of sailors who had been a long time at sea, and early settlers in North America who were trapped for long winters inside their log cabins.
Like during the famous Montana winter of 1886–7, dubbed ‘The Great Die-Up’ and still the worst winter on record. Snow fell every day from November to the end of February, cattle froze in place on the range, and people were found dead just metres from their front doors, lost in the snow.
The TV show MythBusters attempted to recreate these conditions to answer the question: cabin fever, fact or fiction? The two presenters, locked in individual cabins for days of snowy, dark Alaskan winter with no outside contact or entertainment, tested positive for irritability, forgetfulness, restlessness and excessive sleeping, thus proving that cabin fever exists, and winter is the worst.

A madhouse on ice

That would have come as no surprise to the adventurers who took part in what’s now known as the Heroic Age of Antarctic Exploration, subjecting themselves to extreme isolation as well as the harshest conditions available on Earth. An early expedition in 1898–99, the first ship to winter in the Antarctic, recorded widespread psychological disturbance among the crew. ‘Mentally, the outlook was that of a madhouse’ wrote the ship’s doctor.

Ernest Shackelton’s doomed Imperial Trans-Antarctic Expedition is one of the most famous. He and his crew were trapped on their ship (understatedly named Endurance) for 10 months on drifting pack ice, and then spent months finding their way free of the Antarctic wilderness. Members of the crew were said to be suffering mentally at the time of their rescue, though in the scheme of things (frostbite, gangrene, amputation), cabin fever was probably the least of their problems. 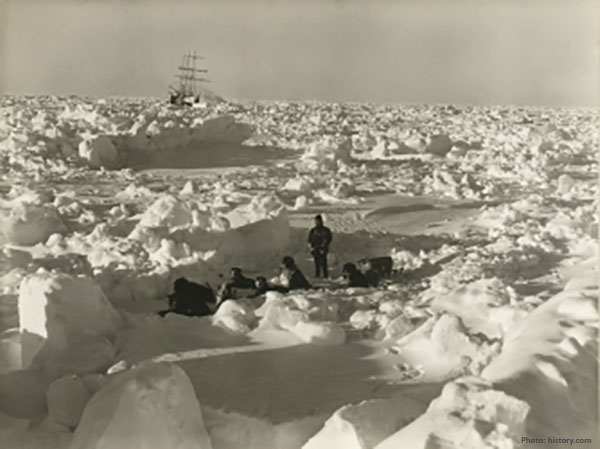 ‘I may be some time’

Not so for fellow Antarctic explorer Lawrence Oates, who committed either an extreme act of cabin fever or the most heroic act of the Heroic Age of Antarctic Exploration. The members of Robert Scott’s ill-fated Terra Nova Expedition (‘ill-fated’, ‘doomed’ and ‘tragically’ – just wait – are common adjectives when discussing Antarctic exploration) were struggling towards their goal, the South Pole, through blizzard conditions, when a suffering Oates announced he could not go on. His companions refused to leave him, so Oates walked out of the tent, into a -40 degree snowstorm and certain death, freeing his companions to continue on without him (‘I’m just going outside,’ he said, ‘and I may be some time.’) Tragically, they too died nine days later, only 20kms short of the Pole.

There are more than glancing resemblances between Antarctic exploration and space travel. Inhospitable environments, long-term confinement, homesickness, enforced closeness with other random humans – they’re both cabin fever breeding grounds. In fact, Antarctica is used as a kind of simulator for the purposes of psychological research into the mental stresses faced by astronauts.

The crew of the Apollo 7 could relate. Things started well on this 1968 mission to the Moon, but by the time they reached orbit one crew member had a cold coming on – and a space rocket being one step beyond a childcare centre in terms of germ spreading, before long the entire crew was beset by blocked sinuses. (In space, noses don’t run – the only option is to blow, which risks burst eardrums.) Arguments, complaints and constant disagreements with ground control made this one of the tensest missions of the Space Race era. Happily, in scientific terms it was a total success – although none of the astronauts involved flew for NASA again. 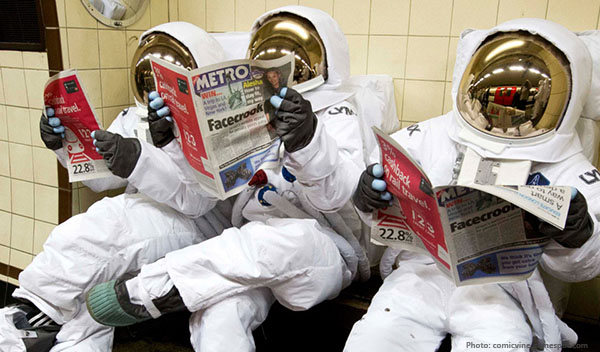 Pioneers adrift in hostile places, finding themselves on the edge of madness – sounds like something that could happen in Australia. And of course it has, over and over again.
Outback explorers, bound together in crazy missions over many months in harsh conditions – it’s a recipe for, let’s say, irritability. Burke and Wills had no problem with confinement – they were lost in the uncaring enormousness of the Australian outback.
But – especially after the tragic near-miss at Cooper’s Creek, when they missed their rescue party by mere hours – it’s easy to imagine them being overwhelmed by feelings of isolation and despair (unforgettably captured in this painting).
Less heartbreaking is the hate-hate relationship between Hamilton Hume and William Hovell, credited with opening up settlement around Port Phillip Bay and Melbourne.
Their mutual antipathy, fed by weeks of time spent together trekking through untamed land, marred their expedition south in 1824. It came to a head when the party split in two because its leaders couldn’t agree on which way to go. Famously, things degenerated so much that they fought physically over the team’s frying pan, each grabbing a side and pulling until the pan split in two.
Thus can the trials of enforced togetherness and isolation from the norms of society reduce two grown men to primary-school level tantrum-throwing and kitchenware destruction. Despite the success of their mission, a bitter dispute (somewhat predictably) later erupted over their respective roles, and they both published pamphlets giving their versions of the expedition – the 19th century version of a Twitter flame war.