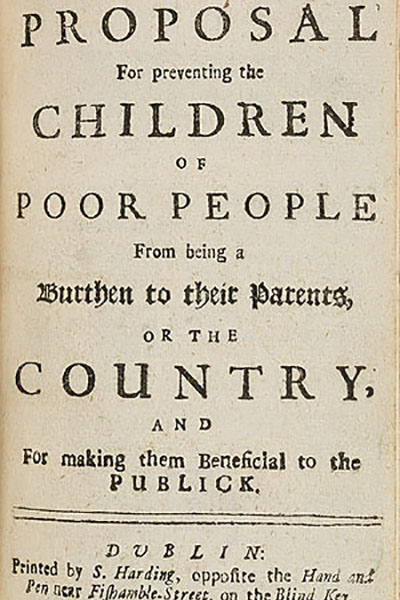 As we will see, old-school trolling took many forms- pranks, hoaxes, high art. Irish writer and cleric Jonathan Swift was a troll disguised as a satirist. In his mind-blowing 1729 essay 'A Modest Proposal', Swift suggested that impoverished Irish beggars sell their young children to wealthy landowners. So far, so controversial. But like a true troll, Swift had a gift for taking things too far: "A young healthy child well nursed, is, at a year old, a most delicious nourishing and wholesome food, whether stewed, roasted, baked, or boiled; and I make no doubt that it will equally serve in a fricassee, or a ragout."

Yes, Swift's proposal was that the poor sell their children as food for the rich. With the straightest of faces and the staid reasoning of an economist, he suggests price per weight and recipes for the succulent infants. For those who took him literally, this was the work of an insane cannibal; for those who saw the joke, it was a savage indictment of the ruling classes' lack of concern for the plight of the poor. Trolling as social commentary- they were truly the good old days. 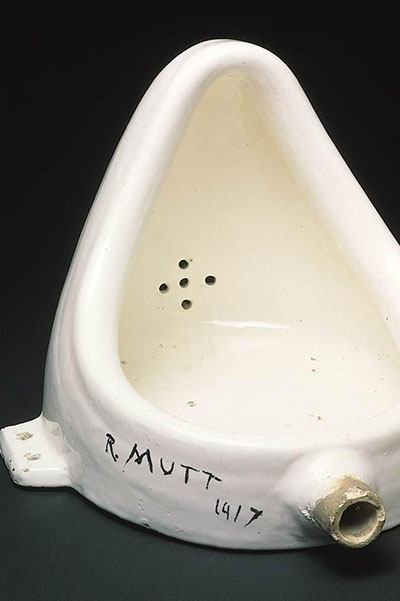 Now here's troll with class. Duchamp was a leading light of the Dada movement- basically a group troll of the entire art world between the two World Wars. Self-avowedly 'anti-art', the Dadaists aimed to offend. Annoying but not nihilistic, they were fervently political and anti-war, issuing countless manifestos, organising demonstrations, and self-publishing journals. If there had been an internet, they would have been all over it.

Duchamp was particularly good at pushing buttons. One of his best-known works, 'L.H.O.O.Q.', is a cheap postcard of the Mona Lisa, on which he drew a moustache and scrawled in a new title ('L.H.O.O.Q.' is a pun: pronounced in French it's "Elle a chaud au cul"- "She has a hot ass".) Total disrespect of art history, vulgarity and slapdashery- this is high-order trolling. Perhaps his best-known work is simply a urinal, presented as a serious work of art. And he had the last laugh: today it's regarded as a landmark of 20th century art. 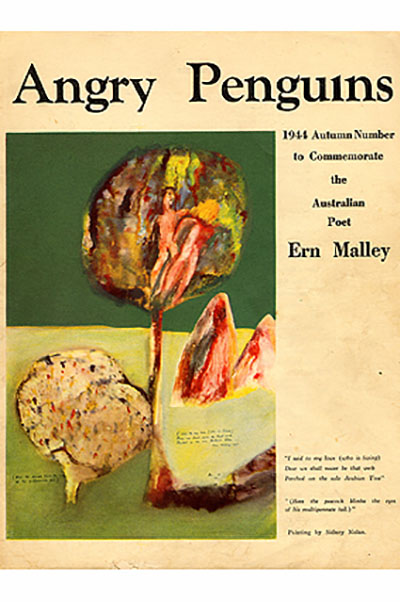 If you hate someone's blog or Medium article or Facebook post, you can tell them exactly what you think in the comments. But how do you do that when it's a printed magazine? In 1940s Australia, a couple of old-school trolls cracked it. Conservative writers James McAuley and Harold Stewart thought the modernist poetry magazine Angry Penguins was rubbish, and to demonstrate it they deliberately wrote a bunch of terrible poems in the style of the magazine and submitted them under the name Ern Malley, a fictitious, recently deceased young poet. The magazine accepted and printed them, and was humiliated when the hoax was revealed.

However, the last laugh was on the hoaxers. The poems are seen by many critics to have literary merit as experimental poetry, despite the manner of their creation- what Robert Hughes called "inspiration by the side-door of parody". They've been regularly republished and quoted, to an extent that would be the envy of many 'real' poets. The final irony: Malley is better known and more widely read today than either McAuley or Stewart. 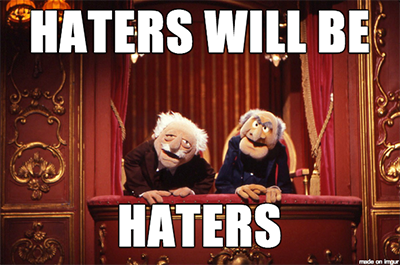 Trolls in puppet form, these two grumpy old 'men' are the best thing about the Muppet Show (apart from the Mahna Mahna song, Beaker, and that time Liza Minnelli acted out the lyrics to Copacabana with giant puppets- in fact what are we saying, everything about this show was awesome.) Perched in a balcony above the stage, these professional hecklers spend the entire show mocking the action on stage, particularly poor Fozzie Bear, who it has be said, was a pretty lame comedian.

FOZZIE: Now, tonight, I'm gonna try and put something new in my act.
STATLER: Yeah, like comedy, maybe.
Or:
FOZZIE: A lot of these folks want to see me!
STATLER: Well, so do we.
FOZZIE: You want to see me perform?
WALDORF: No, retire!
Maybe their heckles were as lame as Fozzie's jokes, but their commitment to ruining everyone else�s fun is something today's trolls can truly admire. All hail the godfathers of trolling. 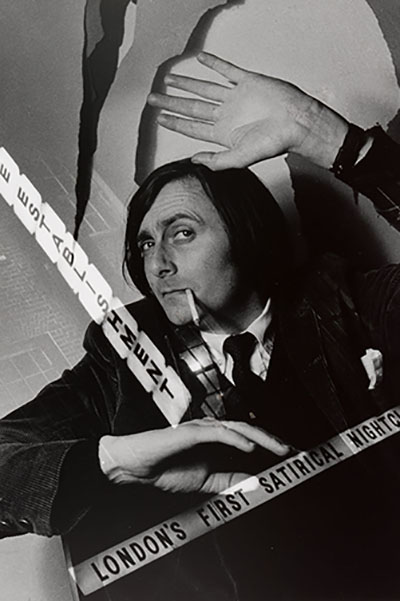 He's best known as Dame Edna Everage, but Barry Humphries began his career as Australia's leading Dadaist. 1950s Melbourne was conservative, boring and bourgeois, and Humphries saw it as his job to shake everyone up, which he did through a series of inventive public pranks. In his notorious 'sick bag' prank, he smuggled a can of Heinz Russian Salad onto a flight, secretly emptied it into a sick bag, pretended to be sick into the bag, and then calmly ate the contents, causing surrounding passengers to dry retch en masse.

Or that time that he hid a roast dinner and bottle of Champagne in an inner city rubbish bin, then returned during peak hour dressed disheveled and dirty to rummage through the bin, find the meal, sit down and tuck in- while the surrounding office workers, aghast, questioned the very nature of their existence. Part performance art, part prank, all class: trolling at its pre-internet best.