Melbourne and coffee go hand in hand, but back in the ‘30s, spare a thought for those in desperate need of a caffeine hit. That’s until Quists Coffee opened shop in 1938, becoming Melbourne’s very first coffee roaster. Started by a Danish man known only as Mr Quist, the company was bought by Fritz Niesen in the 80s. His daughter, Doris Niesen-Baruta had worked at Quists since 1976, with her husband Jim joining the team in 1989. 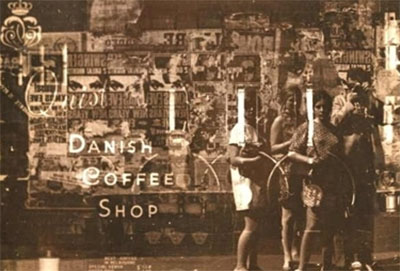 Fast forward to 2018—nitro coffee is a thing, coffees are being deconstructed, and cold brews are all the rage. What hasn’t changed however is that at 166 Little Collins Street, the original home of Quists, you’ll still find Doris, Jim and their customers, old and new.
“We were one of the only places in Melbourne where you could purchase a cup of coffee to sit and enjoy without having to purchase a meal,” recalls Doris. “We served filter coffee, which was very popular at the time, and you received a free homemade cookie with your coffee. The concept was so unique and popular that crowds would stand 4-5 deep at lunchtime to get their coffee. Coffee tastes then changed to Italian espresso style coffee, but filter coffee is now making a comeback.”
Despite the abundance of coffee shops in the city nowadays, customers are still flocking to Quists, which is now reaching its 80th year in business. “I think our longevity is due to staying relevant in the marketplace,” says Doris. “We invest in state of the art technology to produce the best and most consistent coffee possible, which is what today’s coffee consumer wants. We continue to change and evolve the business, doing what we do best, rather than following trends.” 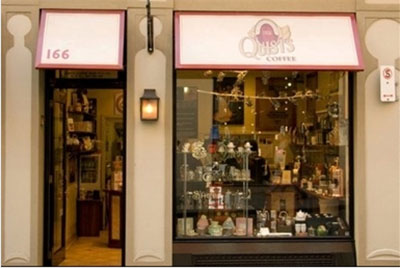 Quists now
Having worked at the same location for over 40 years, Doris has seen many changes in the area. “Our end of Little Collins Street has become more boutique over the years,” she says. “It used to be the ‘business’ end of the city, but more hotels, apartments and boutique stores have added to the charm of this end of town.”
Doris’ favourite part of her job is working alongside her husband Jim, something they’ve done for almost 30 years. The key to their work/life harmony? “I think mutual respect is important, as well as keeping a healthy balance between talking about work and then focusing on other things,” she says. “We also maintain our independence and don’t spend every minute together; it’s important to have time to ourselves.”
And with so many years working in the coffee industry, Doris’ favourite brew is a classic. “I personally like a long black with a dash of milk,” she says. 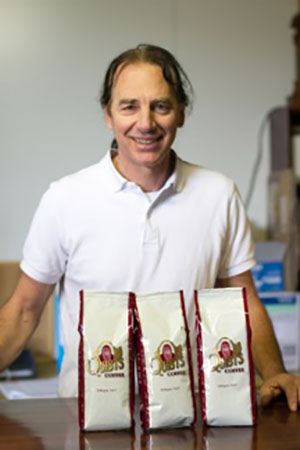 Jim and Quists variety of blends from single origins "We roast each origin individually to allow the unique attributes of each varietal to be maximised."