There’s an old saying that birds of a feather flock together, yet it’s also said that opposites attract (so who knows what to believe). Judging by these pairings from times gone past, it’s clear that these friendships were as interesting as they were unexpected. 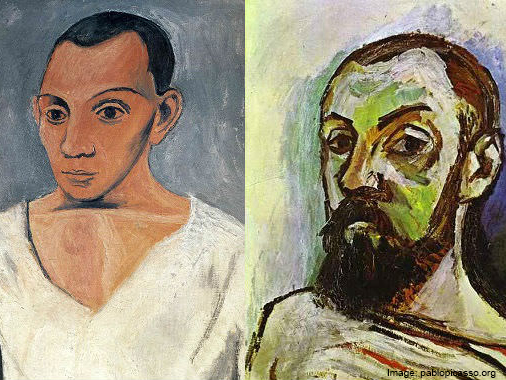 While it doesn’t come as a shock that two artists would find common ground, Pablo Picasso and Henri Matisse were friends described as being “as different as the north pole is from the south pole” by Matisse himself.

Picasso, known for dressing with panache, was twelve years younger than the tweed-loving Matisse. While they moved in similar circles being two of the most highly respected painters of the 20th century, they apparently hadn’t heard of each other before meeting in 1906 (according to novelist Gertrude Stein). It was Stein who introduced the pair, bringing Matisse to Picasso’s studio in Paris.

The Spaniard and Frenchman’s friendship was a competitive one. They respected each other’s art but they weren’t the kind of pals to exchange token praise. Instead they would scrutinise each other’s work – a habit that also made them arch rivals. This spurred them on to challenge each other to tackle the same subject to see who did it better, which resulted in lots of incredible art. 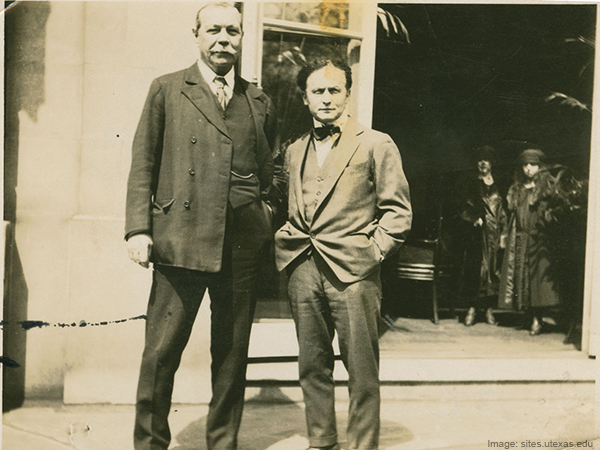 What makes the friendship of Harry Houdini and Sir Arthur Conan Doyle so strange is that one was a staunch sceptic, the other fascinated by the paranormal. It may be tricky to guess who the sceptic was seeing as Houdini was a magician and Doyle wrote the tales of Sherlock Holmes, so here’s a clue – it was the guy busting out of underwater straitjackets.

While Houdini had no time for Spiritualism, Doyle was firmly involved in it. A Freemason, Doyle was also a founding member of the Society for Psychical Research and a keen attendee of séances, ghost hunts and medium readings.

The brief friendship began when Houdini sent Doyle his book ‘The Unmasking of Robert-Houdin’, and after meeting in 1920, Doyle became convinced that Houdini had supernatural powers. This only became more awkward when Doyle’s wife hosted a séance to contact Houdini’s dead mother, something best avoided if you want to keep a friendship with opposing spiritual beliefs civil. The result was that both men became more fervent in their opposing views, and they parted ways several years later. 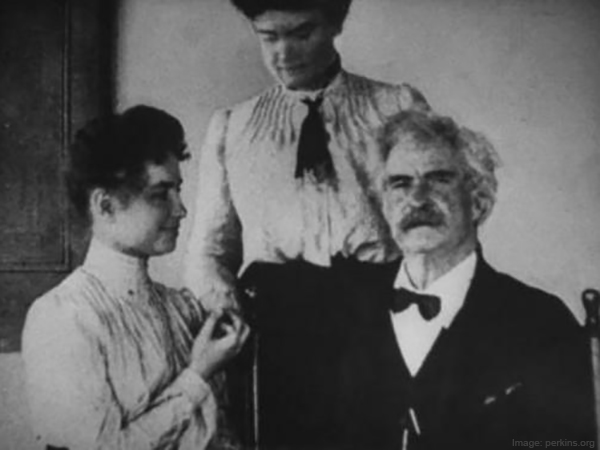 This pair have the least in common out of all these unlikely friendships, as one was a fourteen year old girl and the other a sixty year old man when they first hit it off. This connection between Helen Keller and Mark Twain has long raised eyebrows, with speculation as to whether it was more than just a friendship. However it’s said that Twain was a father-figure to Keller, who reminded him of his youngest daughter (who, like Keller, was also born in 1880).

The two writers respected each other, with Keller having already been a fan of Twain’s books before they met. Upon meeting, she noted that Twain treated her “not as a freak, but as a handicapped woman seeking a way to circumvent extraordinary difficulties”. Twain helped Keller with these difficulties, finding wealthy patrons to fund her education, and in 1904 Keller became the first person with deafblindness to get a Bachelor of Arts degree.

The friendship between Keller and Twain continued until Twain’s death in 1910 of a heart attack. Keller lived until 1968, forging a career as a writer, lecturer and activist, no doubt helped by Twain’s early assistance with her education.