Urban foraging – all the rage among sustainability-minded hipsters and cutting-edge chefs with humming Instagram accounts – has a long history in Australia. Before our suburbs developed as housing hubs, they produced crops. Between the age-old bush- tucker traditions of indigenous Australians, the traces of our suburbs’ food-producing past, and edible ‘weeds’ growing wild, there’s a feast of fresh ingredients literally beneath our feet. 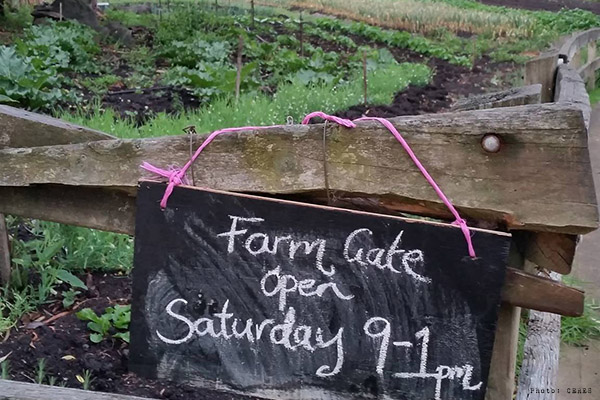 It was Chinese immigrants, moving on from the increasingly unprofitable Victorian and NSW goldfields in the mid-1800s, who set up the first suburban market gardens. Often with agricultural backgrounds, they planted along Merri Creek in Melbourne, in Alexandra in Sydney, along the Swan River in Fremantle. After World War II, Greek and Italian immigrants flowing into Australian cities began to move into the industry.
One of these historical old market gardens remains, on Melbourne’s Merri Creek. An original Chinese market garden, it was sold to Italian immigrants in 1945, and worked by their son for over 60 years until he handed it over to local sustainability centre CERES – a piece of urban food history that still pulls crowds on the weekend.

Today, we can see the echoes of this tradition returning as nature-strip gardening increases in popularity. Many local councils have created guidelines for planter boxes, fruit trees and nature strip gardens, allowing residents to grow edible crops on public land. Others will fine you for doing anything other than mowing!

As well as taking over market gardens, post-war European immigrants brought their own foraging traditions to Australia. Many of the newcomers originated in rural Mediterranean villages, where taking a basket out to the fields to collect wild asparagus, fennel, capers, nettle, dandelions, mushrooms, herbs and a host of other ingredients was a part of the daily food ‘shopping’.
European ‘weeds’ had already been introduced and found their way to the unused lands and creek beds of the suburbs. Prickly pear, for example, had been imported in the 19th century and quickly spread out of control, causing devastation in rural eastern Australia.
It was finally tamed in the 1920s, but lone survivors can still be found in suburban backyards and public lands, which we can be fairly certain were cultivated by a southern Italian immigrant hungry for a taste of home… 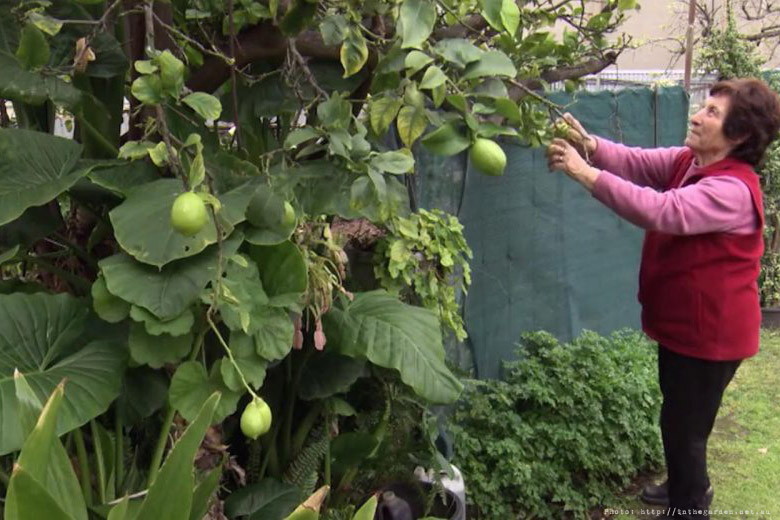 The bounty of the suburban backyard

European immigrants are also responsible for creating one of today’s most bountiful urban foraging destinations: other people’s backyards. In cities with climates similar to that of the Mediterranean, like Melbourne, Sydney, Perth and Adelaide, newcomers cultivated fruit and vegetables familiar from their homelands, often planting trees that have become a part of the suburban landscape. In suburbs like Melbourne’s Brunswick and Sydney’s Redfern, olives, figs, cherries, plums, apples, quinces and even pomegranates and persimmons can be spotted. And it’s down to first-generation
European immigrants that the lemon tree is almost as iconic a part of the Aussie suburban backyard as the Hills Hoist. 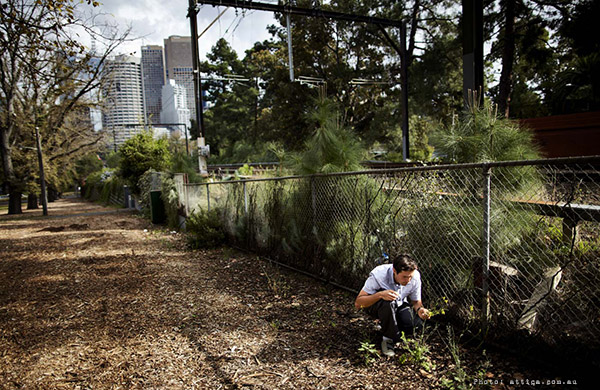 Thanks to a few celebrity chefs (amongst them Australia’s forager-in- chief, Ben Shewry of Melbourne’s Attica), foraging is newly in vogue. Today’s urban foragers agree that anything overhanging a fence is fair game – that is, legal to harvest. (But also that the polite thing to do is ask, and better still, offer a portion or slice of what you make from the pickings.) Foraging hotspots are the areas, now gentrifying, where post-war immigrants once congregated, where backyard booty blooms and overflow crops can often be found on public land – fig trees and prickly pears in railway sidings, unleashed rosemary bushes, plantations of wild nettle and blackberries.
In Sydney, of course, there’s an app for that. In Melbourne, you can take a weed foraging walk in inner-suburban Brunswick, where burbling Merri Creek sounds closer than the city’s traffic, backyard fences overhang with fruit and underfoot is a giant salad bowl of edible greens, waiting to be picked.