Kim Kardashian has made a career of it. Nicki Minaj introduced it to Paris couture and even stars with a more refined aura, such as Anne Hathaway, have been hit by the Celebrity Wardrobe Malfunction. In its modern, hyper-amplified incarnation it can be traced back to the notorious 2004 Janet Jackson/Justin Timberlake Superbowl Nipplegate, but the wardrobe malfunction has a long, proud history. And then, as now, the question has always been: malfunction, or publicity stunt?

She was the movies’ first vamp, the original femme fatale who left a trail of chewed-up, spat-out men in her wake. Deadly dames from Sharon Stone in Basic Instinct to Rosamund Pike in Gone Girl; they’re all unimaginable without her.

Theda Bara was a massive star during her short career from 1914 to 1919, and her status as America’s first sex symbol is at least partly down to the incredibly risqué costumes she wore in 1917’s Cleopatra – this at a time when public swimming called for neck-to-knee coverage! After the Hays Code hit Hollywood in 1930, the film was banned as too obscene. Sadly, only fragments of it survive, some of which you can see on YouTube. 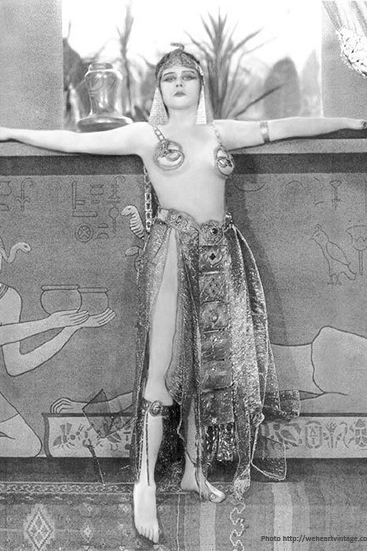 Another pre-Hayes Code stunner, Jean Harlow was the original bomb bombshell who paved the way for Marilyn. And as Hollywood’s first celebrity train crash, she also built the template for stars like Britney and Lindsay with their public cray-cray moments.

Surrounded by scandal, tragic love affairs and substance abuse, Harlow was dead by the age of 26, but not before establishing herself as the best screwball actress of her generation and scandalizing audiences with her refusal to wear underwear, ever. 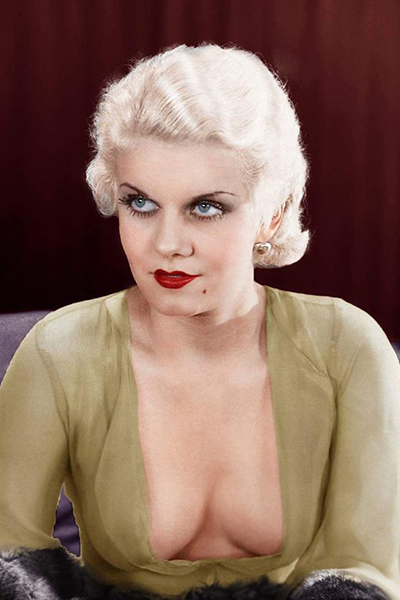 Today, she’s regarded as a style icon. But back in the 1930s and 40s, Katherine Hepburn’s penchant for wide, tailored trousers and men’s shirts was beyond controversial. Pre-war, women could be – and were – arrested for wearing pants in public, and she was under constant studio pressure to conform to Hollywood’s feminine fripperies. Hepburn’s defiant androgyny was a rebellion, a sign of her independence, and a nod to the future. Today, actors like Tilda Swinton and Kristin Steward own ‘tomboy chic’ in a new, completely modern way. 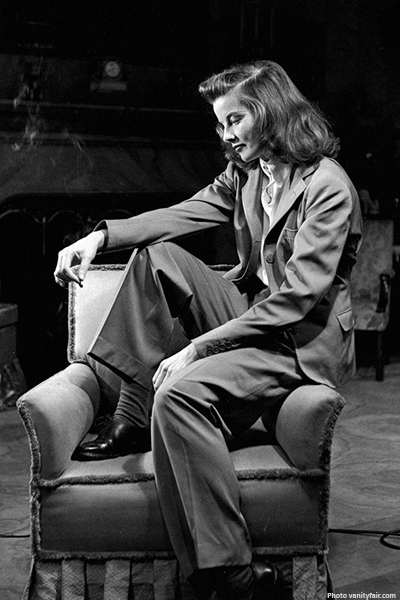 Could it be the moment when the power of the ‘wardrobe malfunction’ was discovered? Marilyn Monroe’s dress blowing up in 1955’s The Seven Year Itch – ‘Isn’t it delicious?’ – became one of Hollywood’s most iconic images. Seven years later, she created an even more memorable fashion sensation when she sang history’s sexiest version of ‘Happy Birthday’ to President John F Kennedy, with whom, it later emerged, she was having an affair. Her dress, sheer and flesh-coloured, hand-sewn with over 2500 crystal beads, was so tight that was literally sewn onto her body.

Jayne Mansfield – queen of the CWM

She was the queen, and maybe even the inventor, of the #sorrynotsorry Celebrity Wardrobe Malfunction. A B-movie across who was seen as a poor man’s Marilyn, Jayne Mansfield was the Kim Kardashian of her time, gaining notoriety for her staged ‘accidents’. Bikini tops flying off, dresses falling down to her waist, vigorous shimmies resulting in sudden boob escapes… It all came to a head in 1957 when – whoops! – she exposed a nipple at a Hollywood party in the honour of Sophia Loren. Loren responded with film history’s most excellent side-eye. 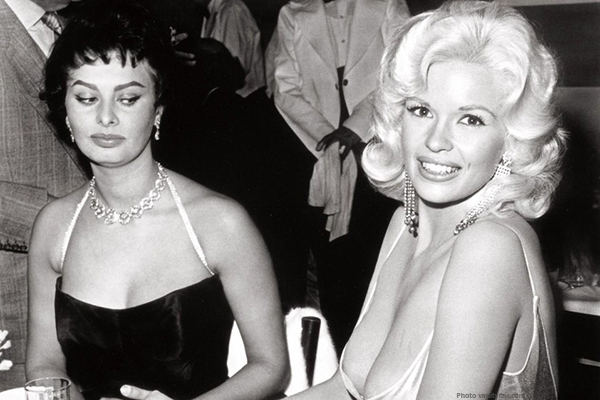 For every woman dressing for an awards ceremony, the aim is to expose enough, but not too much (unless you’re J-Lo) and avoid the Worst Dressed List. In 1969, a conspicuously pre-stylist era, Babs managed to fail on both counts. Her kooky, sequined clown – uh – pantsuit also turned out to be completely transparent under the bright stage lights. Which proved to be of particular concern from the rear … 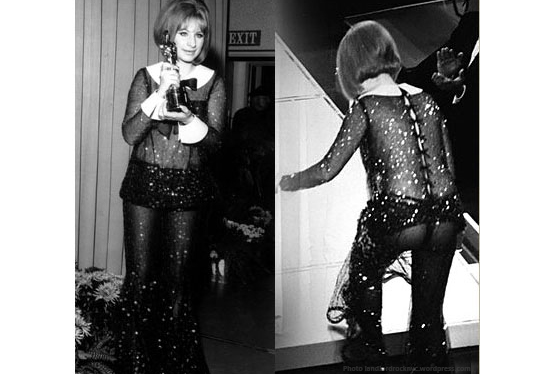 And of course, Cher

No list of fashion faux-pas would be complete without a nod of respect to Cher, the patron saint of being both over-the-top and under-dressed (in terms of coverage, not effort). She was pioneering the oh-so 2017 #underboob trend back in 1974 at the Academy Awards, and continued to wow/shock/bamboozle with a parade of barely-there, see-through and otherwise outrageous outfits, culminating in the sequinned showgirl number she wore in 1988 to collect her Oscar for Moonstruck. 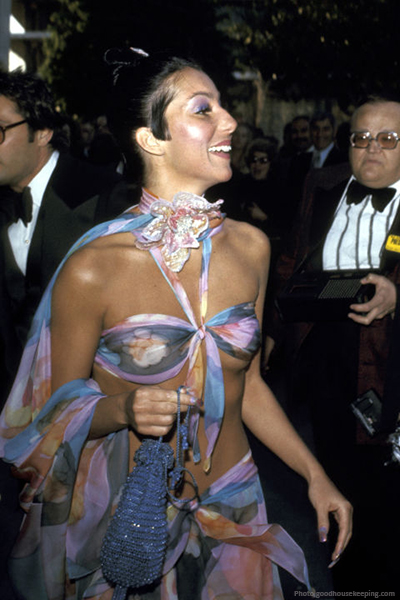