Many of us spend our days hunched over our phones, peering down. But before we became glued to technology, we looked up, and what did we see? Birds, clouds…and UFOs. Here are three of the most notable UFO sightings in Australian history.

The Melbourne suburb of Clayton is not only the location of Australia’s largest university (Monash), but also that of the country’s largest mass UFO sighting. In fact it was at an educational setting where the unidentified flying object was first spotted. The students at Westall High School had a field day when in 1966, something mysterious was detected in the autumn sky. A whopping crowd of over 200 people reportedly witnessed the event, said to have been two saucers hovering above the school yard’s trees, soon landing in a nearby paddock. After having successfully distracted hundreds of kids from their morning lessons, the UFO was said to have shot back into the ether a couple of minutes later.

In the days before camera phones and the internet, it’s not too surprising that no one managed to capture this bizarre event. The UFO certainly left an impression, not only on the flattened and compacted grass, but on the many witnesses who met up for a 40-year reunion in 2006. A couple of documentaries about Westall have been made and a UFO park was built on the land five years ago. But not everyone was willing to celebrate this out of the ordinary affair back then. While there was news coverage at the time, the film canister containing the story’s footage is now empty.
The military guarded the landing area soon after the incident, not allowing anyone to return—the ground dwellers that is, although they did a good job of ensuring no sky visitors would return for a while either. 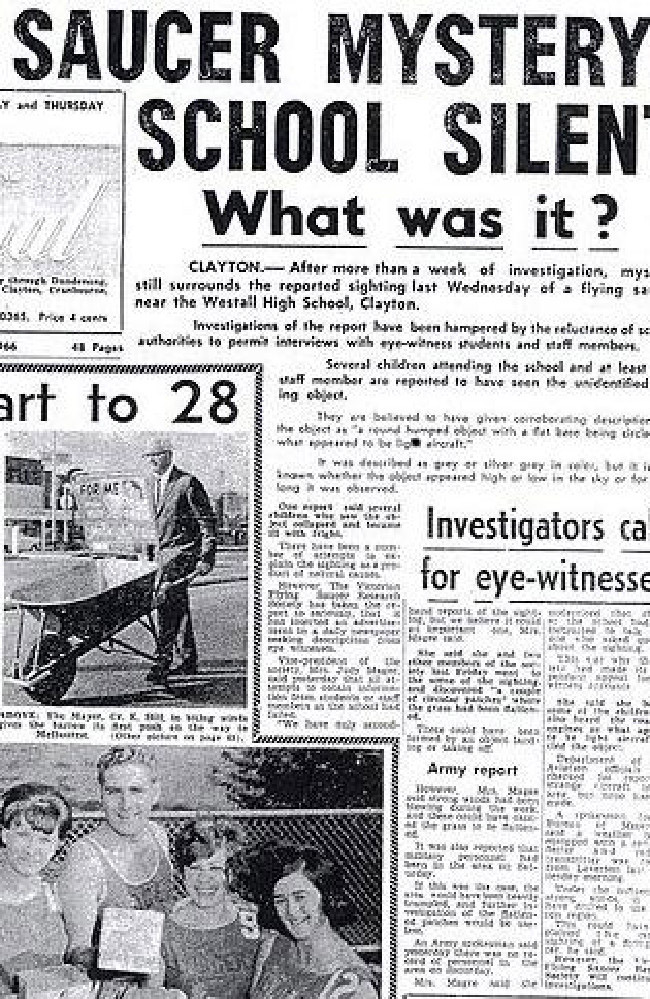 Twelve years later, it seems that sky security had relaxed enough for UFOs to become comfortable to pop by again. And who better to visit than a ‘flying saucer enthusiast’? Young pilot Frederick Valentich was attempting to fly from Moorabin to King Island. Valentich contacted air traffic control to report a plane 300 metres above him, but when asked to identify its type, he replied that it wasn’t actually an aircraft.

He described it as being made out of shiny metal, with one green light and four bright landing lights. Valentich, who was starting to experience engine issues, said that the object was orbiting above him. A series of metallic sounds was the last thing air traffic control heard from Valentich.

While part of Valentich’s plane turned up in 1983 on Flinders Island, his disappearance remains a mystery. An American UFO group vouch for the validity of a photo taken at the same time of an object propelling up through water at Cape Otway. Much has been made of Valentich’s interest in UFOs, with his own father suggesting in a newspaper interview that a UFO could have been responsible. 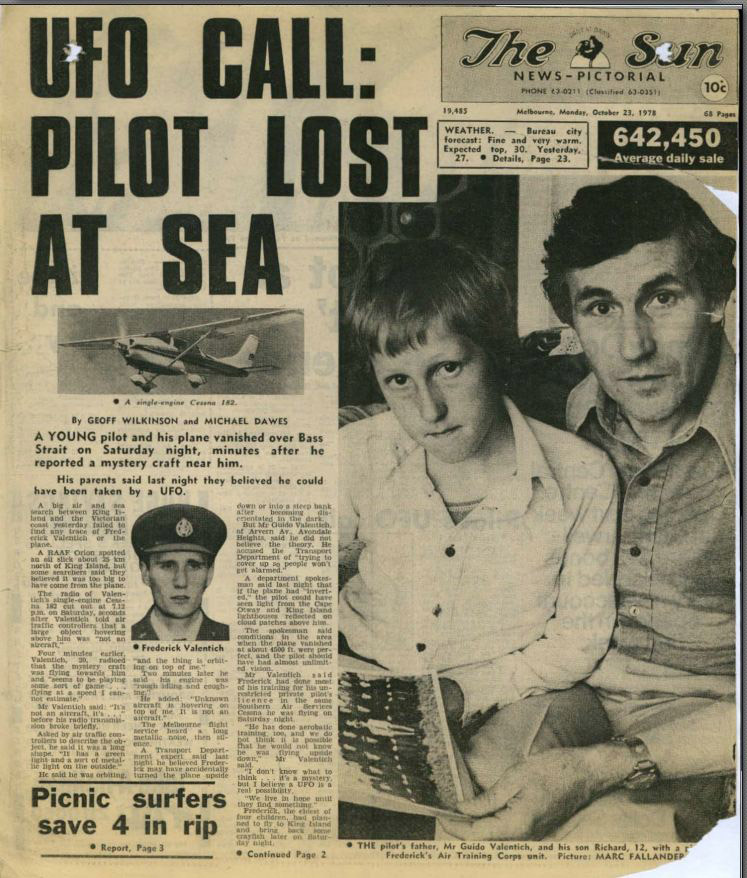 Not everything happens in Melbourne. Wycliffe Well in the Northern Territory is considered Australia’s UFO capital. The small town is one of the world’s top five UFO hotspots, so if you can’t get to Nevada, head up north. The Wycliffe Well tourist park is decorated with plastic aliens and a model UFO, so that you can get good photo ops even if you don’t have your own sighting. That’d be unlucky though, with sightings in the area said to be so common that a binder was used to record all of the incidents, starting from the end of World War II. However, unfortunately for time- line fanatics, the folder went missing several years ago (conspiracy theory alert!).

Wycliffe Well’s location across ley lines (landscape routes considered to be significant) and its flat horizon makes it conducive to purported UFO spotting. But with only three reported sightings in the area in the past year, perhaps visitors from both the sky and on the ground are looking elsewhere. 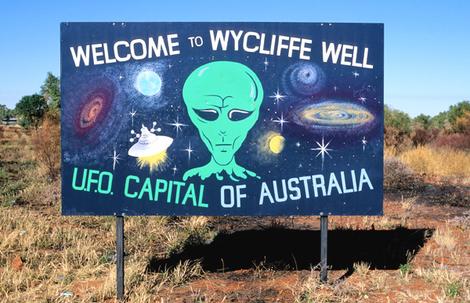