The Hills Hoist, the wine cask, the stump jump plough - Australia has its iconic inventions to be proud of. Plus plenty of random ones you didn't know about. The film clapperboard, for example: invented in Melbourne in 1930. And the Splayd, that vital combination of knife, fork and spoon, apparently inspired by the plight of many a hapless lady struggling to eat from a paper plate on her lap at a barbecue.
While these are undeniably practical, Aussies have also won big with high-tech inventions. Here are some Aussie technological firsts you might be surprised to learn about.

While it was actually a series of advances over centuries that saw us evolve from keeping our perishables in a cold hole in the ground to stocking them in a Whirlpool Side-by-Side, a big step along the way was taken here in Australia. Scottish immigrant James Harrison invented the first practical vapour compression refrigeration system and, on the banks of the Barwon River at in Geelong in 1851, he built the world�s first mechanical ice-making machine. (The site is the future home of a proposed James Harrison Museum.) He adapted his commercial vapour-compression refrigeration to breweries, thus putting his invention to the best possible use for thirsty 19th century Australians fed up with warm beer.

For Aussie scientist David Warren, aeronautical research was personal: he lost his father in one of the country's first air disasters in 1934, when Miss Hobart crashed in Bass Strait. His 1953 invention - the indestructible 'international orange' (not black) box that records what's happening in the cockpit - was made when he was a researcher at the Melbourne Aeronautical Research Laboratory investigating fatal commercial aircraft crashes.

The instrument readings and voice recordings stored in the box provide vital info to those trying to piece together the final hours and moments of doomed flights, which rarely yield survivors who can tell us what happened. Every commercial flight around the world is now equipped with a black box, but it was in Australia that they were first made compulsory.

It was the end of the 1960s, and a rash of forgeries of the new $10 note, along with the arrival of the newfangled new colour photocopier and its potential to fuel further advances in counterfeiting, had the Reserve Bank of Australia on edge. They joined forces with scientists at the CSIRO: the first polymer notes appeared for the Bicentennial year of 1988, and we made the switch for good in 1996.

The polymer notes last 2.5 times longer than their paper forebears, making them more environmentally friendly. Their high-tech security features (clear plastic windows, 3D images, raised print) mean they're harder to counterfeit. Plus, the bright colours make them really pretty. These days, more than 30 countries have switched over to polymer notes, including the United Kingdom.

It's hard to imagine life on earth today without it, and it's a bunch of science super-nerds at the CSIRO (them again!) we have to thank for it. In 1992, while working on 'a failed experiment to detect exploding mini black holes the size of an atomic particle' (see: super-nerds), Aussie radio-astronomer Dr John Sullivan and his team 'accidentally' invented the technology that allows high-quality wireless connectivity.

The CSIRO have held a key patent for the technology since the mid-1990s, and with about 5 billion devices using Wi-Fi worldwide, you'd think that would result in a decent pay packet. Yes, but they've had to fight for it: after first mounting litigation in 2005, the CSIRO have finally managed to convince the world's technology companies to cough up for using their invention - to the tune of almost $500 million, so far. 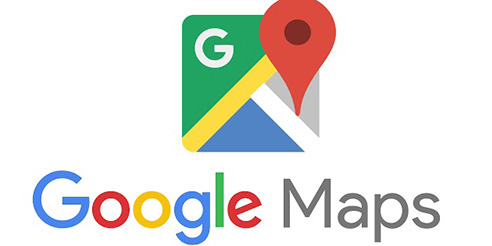 Say wha?! But yes, probably the single most useful app ever made was originally developed in Australia. Danish-born brothers Lars and Jens Rasmussen came up with digital mapping technology in Sydney in the early 2000s. Teaming up with a couple of Aussies in 2003 - one of whom was working in a petrol station at the time, the other in a clothing factory - they founded a start-up, Where 2 Technologies, to develop the platform.

One of the potential investors they pitched to was Google, who obviously saw the potential and snapped up both the newborn platform and its creators, in only its second ever acquisition. It turned out to be a good buy - Google Maps, launched in 2005, is today by far the world's favourite navigation app.