Part 1: Height through the ages

We weren’t always the strapping human-sized beings we are now. The history of human height has had its ups and downs, following our fortunes through high times and hunger.

Homo floresiensis – aptly nicknamed ‘the hobbit’ – lived in Asia between 17,000 and 95,000 years ago. Skeletal evidence suggests their average height was a titchy 106cm (that’s 3’ 6” to you).
Our closer ancestors were more like our size. The misunderstood Neanderthals, who lived in Europe and Asia between 28,000 and 200,000 years ago, are thought to have been an average height of 167cm for males and 155cm for females – that’s pretty much the same as Roman times and not so far off where we are now. And they were chunky to boot – scientists believe their stocky bodies helped them stay warm, allowing them to see out the frosty Ice Ages. 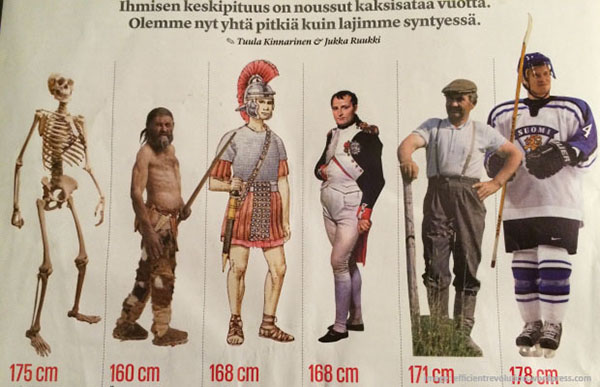 It’s by no means been slow but steady growth over the ages. In England, height increased during Roman occupation (200–410 AD), rising to 170cm for men. But after the Romans left, people gradually shrank – researchers think this was due to populations leaving Roman cities and towns with their more hygienic water and sewerage systems (benefits the People’s Front of Judea were well aware of). Plus, from 600 onwards, plagues and widespread disease were common and diets inadequate – they don’t call it the Dark Ages for nothing!
Average heights reached 172cm in the 1100s, which is around the same as they were at the start of the 20 th century. In fact, people living in the early Middle Ages were taller than those living in the early 19th century. It’s thought that famine and disease outbreaks like the Black Death in the 1300s caused height to decline; evidence from Europe suggests that average height decreased from 172cm in the Middles Ages to a low of 165cm in the 1600s, starting to increase again in the early 1800s.
Meanwhile, European immigrants who’d settled in North America were far taller than their European ancestors – amongst the tallest in the world by the mid-1800s. 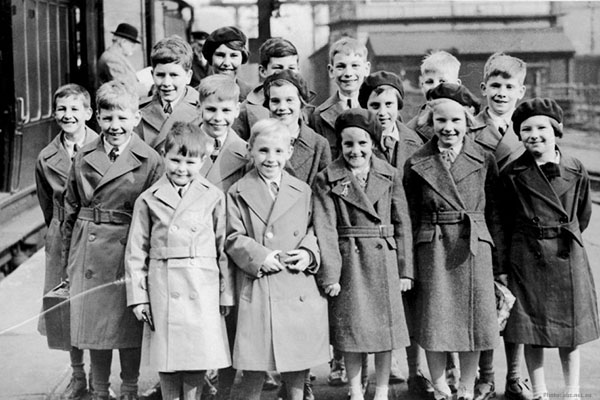 These days, the Americans aren’t standing quite so tall. From the world’s third tallest in the early 1900s, they now rank 37 th , with an average of 177cm (the 2016 study notes that while their height has fallen, their body mass index has increased ‘a great deal’).
So who’s standing tall in the back and who’s in the front row of the world’s class photo? The world’s tallest men today are the Dutch, with an average of 182.5cm (just a shade under 6 foot), and tallest women are Latvian, who average 170cm. At the other end of the scale, the men of Timor-Leste are the world’s most height-challenged at 160cm, and the littlest women are Guatemalan, at 149cm. According to the same study, Australian men are the world’s 18 th tallest, and Australian women 15 th tallest.

So what makes us tall?

In developed countries, height is thought to be 80-90% heritable – that is, most of the variation in height is down to how tall your mum and dad are. Good nutrition and avoiding illness and infection during childhood and adolescence are the most important elements in adult height – it’s no accident that most of the world’s tallest populations are wealthy, European ones. A suggested explanation for the drop in average heights in the US is that growing economic inequality has resulted in poorer nutrition for part of the population – a reminder that as history shows us, height doesn’t only go in one direction. 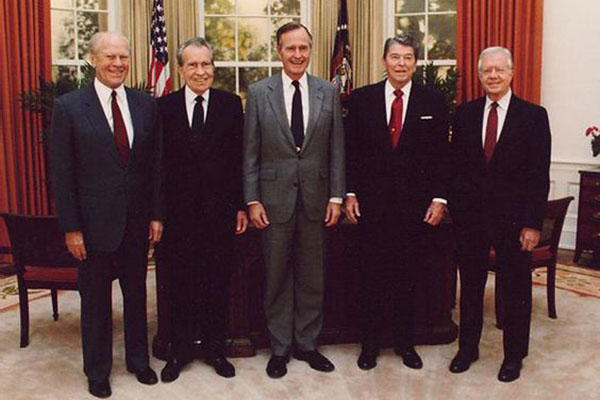 And who cares anyway?

While we’ve thankfully moved on from the days when you had to be a certain height to be a air steward or police officer, there’s still a semi-regular flurry of articles telling us that taller people are more successful in life, earn more money and are more likely to be CEO (or the President of the USA – this must explain Donald Trump, 188cm).
Although ‘heightism’ has pretty much been eradicated from the professional world in the West (officially anyway – there are short support groups that would challenge that), some short(er) Chinese employees are overtly discriminated against – such as the security guard who was paid less than his taller colleague because ‘ bigger guards make people feel safer’.

Seems like we still have some growing up to do.