Lifeview – Food innovation in the home and in care

If your loved one or patient is struggling or refusing to eat, you might be at your wit’s end trying to feed them.

There are lots of reasons why people stop eating, so a GP should be your first point of call. You may then then receive a referral to a speech pathologist who can diagnose communication disorders (such as aphasia) or issues with swallowing.

Once you’ve received medical advice, you’ll have a greater understanding of why they are having issues eating, however you still need to feed them.

Stephen Milsted, a chef and the Manager of Hospitality Services at Lifeview Residential Care, knows how to ensure people who struggle to eat can enjoy their meals and receive the nutrients they need.

The phrase ‘texture modified meals’ conjures up images of congealed potato mash and a slop of peas. However chefs such as Stephen are getting more creative when it comes to catering to those on a texture modified diet.

“For someone who has issues with swallowing, you would modify the foods – so for instance if you have roast beef, you would blend that either prior to being a puree, or to a puree,” explains Stephen.

While pureeing is a simple task, presenting the meal in an appealing manner is another matter entirely. How the food looks on the plate is important in encouraging people to eat.

“We eat with our eyes – if you see something that is well presented, you think ‘that looks nice, I wouldn’t mind trying that’,” says Stephen.

At Lifeview, Stephen has jazzed up their meals by incorporating some easy yet clever methods. He uses a piping technique with different nozzles to make the puree look more enticing – “it’s like decorating a cake,” he says.

“We use the colours and textures of the food to present them on a plate,” says Stephen. “The food is there – the beetroot, the potatoes, the meat or fish or whatever it may be – and we then pipe it onto the plate and heat it to 75°C.”

Piping bags can be bought and easily used by those of us who aren’t chefs, so put down that ice-cream scoop (which will give that mushy effect).

What the meals are presented on also plays an important part in the appeal of a meal. If you’re using plain white dinner plates, they can confuse people with dementia.

“I bought white plates with a blue rim around them and they are deeper,” says Stephen. “For some people with dementia, they can’t distinguish the food on a white plate. Having the blue rim helps them to focus and understand where the food is. Or if someone can’t see very well, it helps to define where their meal is.” 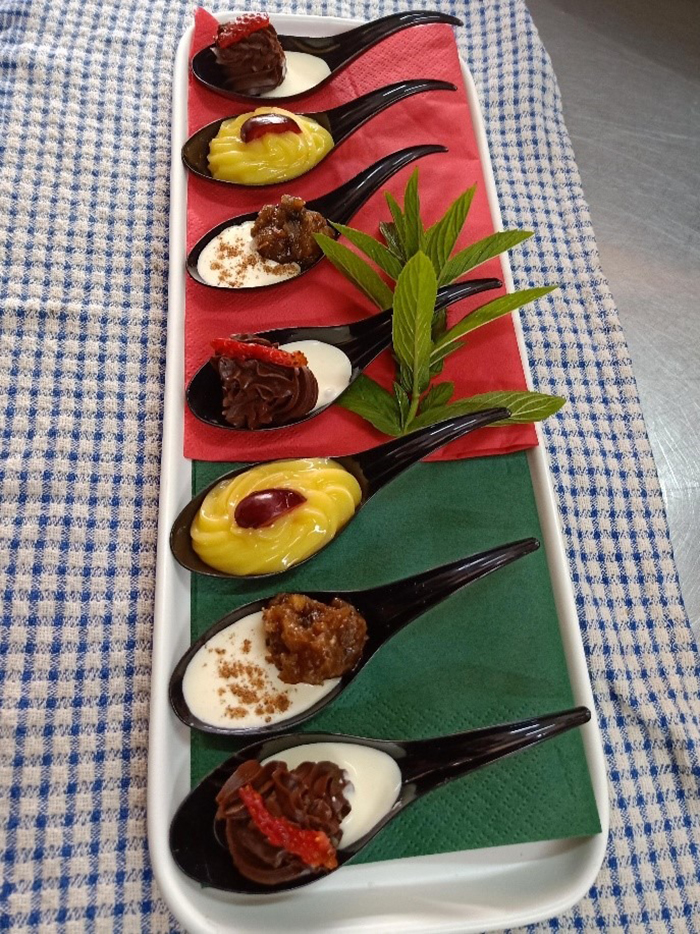 Enhancing the taste and nutrition of meals

“If you need to enhance protein, you can add things like lentils and pulses to a dish,” says Stephen. “This acts as a thickener but it also boosts the meal’s protein.” Dairy products such as butter and cheese also add nutrients and flavour.

As serving sizes are likely to be on the smaller side due to an appetite decrease, it’s especially important to ensure a good amount of protein is included. Another thing to keep in mind is that tastebuds can diminish as we age, so try increasing the flavourings.

While Stephen is an experienced chef, he says we can all learn how to cook interesting meals by reading recipe books and trying new things. From attending a Maggie Beer Masterclass last year, Stephen presented the following menu for Lifeview’s Christmas party, all of which were made as texture modified foods: 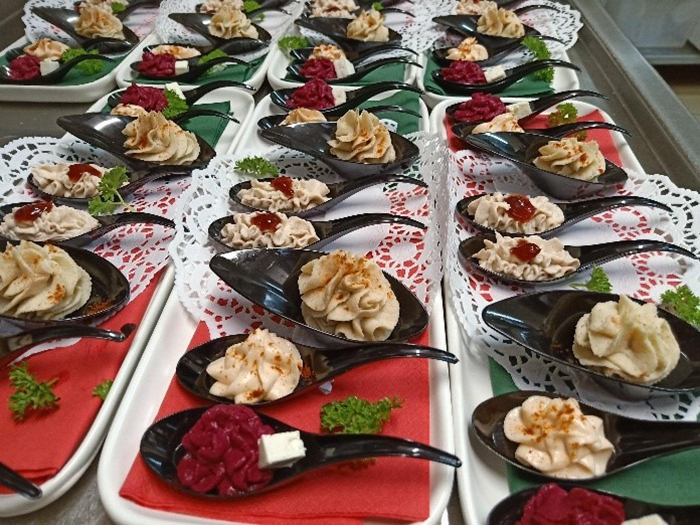 There are also frozen texture modified meals available, which are cooked and then snap frozen. They look just like the real deal, with a scoop of pureed food being set into a mould of that product (for example, a carrot looks like a carrot stick rather than a mound of puree).

Textured Concept Foods and Ranahans Special Diets are two companies who make a range of these type of meals. They can be good to have on hand to change things up and also give you a break from cooking when needed. 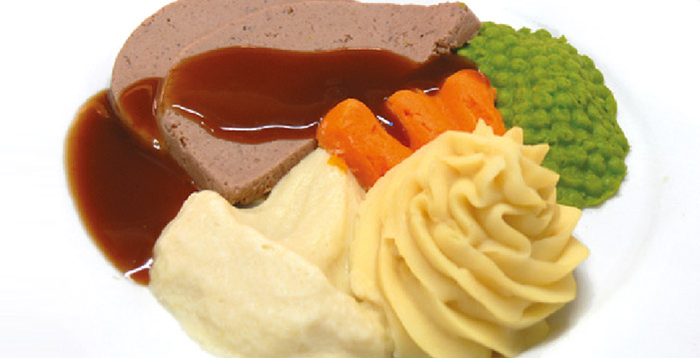